The NBA has long fought for financial parity, and never more so than in the 2011 Collective Bargaining Agreement negotiations. Complete financial parity is not realistically possible due to socio-economic factors outside of their control, yet the NBA strives to level the internal playing field as much as it can be leveled.

They are proud to point out, as Commissioner Adam Silver just did, that the four Conference Finalist teams this season are amongst four of the smallest markets in the league. It is a measure of their success in being able to take 30 uneven markets and provide equal opportunity for everyone, the ultimate goal to create 30 franchises with relatively even competitiveness and value.

This is not the same as financial fair play regulations in soccer, where attempts to tie spending power to earning power create a situation whereby only the biggest earners ever have a chance at the titles – this is an attempt to instead level out earning power, by making the excesses of one team cover the shortfalls of another.

Such financial parity is attempted by controlling the amount a team can spend on its player payroll via the salary cap, luxury tax, escrow system, and all the various mechanisms set forth in the CBA. The 2011 version brought in more punitive tax penalties for the highest of high spenders and took further steps to save teams from their own franchise-handicapping mistakes.

The former of these is more pertinent to a discussion of financial parity – the soon-to-be-invoked repeater tax and stiffer annual tax payments make spending over the odds on player payroll an ever more expensive task, with all those at the lower end of the payroll spectrum getting a cut of their overzealousness. Essentially, teams can't now overpay on players so freely. If they do, not only do they limit their ability to do so again, but everyone gets richer.

Luckily, however, you can still overpay everyone else.

In no way has the CBA inhibited a team's ability to spend on its off-court product. The CBA is an agreement between the NBA and the world of basketball players; it therefore pertains only to that which relates to the players. There are no limits to what teams can pay to coaching staffs and front office executives. There have never been, of course, but right now, we are seeing this fact exploited in both of these personnel areas.

Coaching and executive salaries are far more difficult to verify than player salaries. There is an internal NBA database of player salaries; there has to be, as the exact figures involved matter for the purposes of meeting specific CBA provisions and roster management. Executives of rival teams still need to know the salaries of another team's players lest they seek to acquire them, for the salary they earn determines how they can do so.

For front offices and coaches, however, the information is much harder to come by. They are things that only the relevant parties need to know. Nevertheless, hearsay and media reports allow for a picture of the NBA coaching salary market.

There are three basic levels of pay structure within an NBA front office. It starts with sub-six figure salaries for the entry-level executives, rising to around the $150,000-$200,000 mark for anyone with anything akin to "director" or "assistant general manager" in their title, and then peaking at anywhere from half a million to several million for the top-shot callers themselves. This has been the standard pay grade for GM's for some time now – as a barometer, in 2006, the Raptors hired Bryan Colangelo to a reported four-year, $20 million contract at a time when he was only a few months removed from winning the Executive of the Year title and his stock was at its highest.

This is merely a rough template for a front office's structure, however, and certainly one that allows for much deviation. Indeed, in size alone, there is much less standardization. Some teams maintain the key to success is a smaller group of minds at stake, while others like to cover every conceivable base. 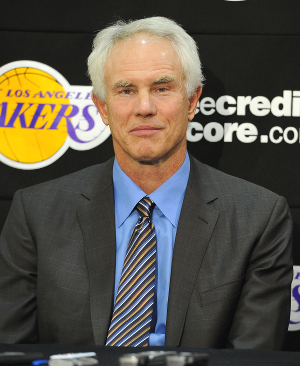 Some teams load up or refrain from certain parts of the structure more than others. (The Los Angeles Lakers, for example, reportedly bypass the middle management section altogether, with Mitch Kupchak alone at the top.) Some teams are sufficiently top heavy that it is not always clear who the ultimate shot caller on roster management decisions is. And for some teams, the ultimate shot caller will always be the owner.

This offseason, though, these goal posts seem to be shifted. There have been some big, big hirings… Big because of the salaries involved.

While four-time NBA champion and three-time Coach of the Year Gregg Popovich is thought to be earning $6 million annually with the Spurs, Steve Kerr, a man with absolutely zero coaching experience at any level, just signed a deal worth $5 million annually from the Warriors to become their next head coach.

Stan Van Gundy and Doc Rivers both received $7 million to coach their teams and have the final say in roster decisions, with both inevitably having to hire again a general manager to do the bulk of the leg work on the roster construction, while Coach of the Year Tom Thibodeau had to fight for his $4 million.

At the general manager level, one move in particular has reset the height of the crossbar; Masai Ujiri's emphatic and effective dismantling of the Carmelo Anthony-era Nuggets supposedly earned him an approximately 600 percent pay increase when he joined the Raptors, yet he now figures to earn less than a quarter of what Phil Jackson, a man who has never done this job before, is receiving from the Knicks. 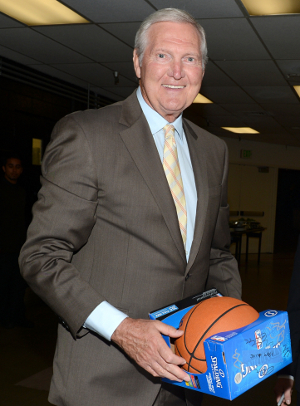 To some teams, it seems the most desirable candidates are the unsullied ones. Jackson and Kerr have won plenty of rings, plaudits and (most importantly) reputation in other capacities within the world of basketball, who undeniably know the game, yet they remain untested rookies at the job they have now been hired for. And yet despite their untested nature, it is believed Phil got the highest salary of any NBA front office official, even moreso than the $10 million the Grizzlies once paid Jerry West.

Whether those with this spending power actually used that power correctly is something that will wait to be seen. At the time of the hiring of Phil Jackson, a commonly cited counterpoint asked why the Knicks would not just try and throw those same exhorbitant amounts of money at a proven general manager, something they clearly had the financial wherewithal to do.

Be it because of cronyism, perception of their abilities, or a belief that knowing the game and the people within it is the most valuable commodity of all, Jackson and Kerr have gotten their jobs and gotten their money, for us to determine their prognosis accordingly. Ultimately, though, it matters not who this spending power was used on so much as the fact that it has been tapped into.

Coaches and executives are the new power market. They can be bought in a way that players no longer can be, or at least, who can be bought without the same repercussions. If you have more money than someone else – and for all the attempts at financial parity, some franchises will always have more money than others – this is a way to use that muscle to get what you want. This always could have been the case, and perhaps was to some degree. But this month may have opened the floodgates.