Why the Spurs won

Why the Spurs won 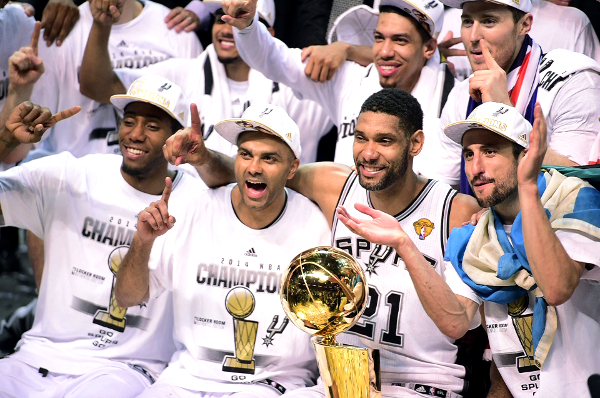 You’ve all heard it before, “The Spurs are boring.” Or, “The Spurs don’t have any stars, they’re not any fun to watch.” That’s the public perception, and I’m here to tell you it couldn’t be any further from the truth.

Picture this: Right now at this very moment Gregg Popovich is popping champagne with Tim Duncan and doing the dougie. Well, maybe not that dance, but he’s doing a dance of just absolutely rolling through the two-time defending champion Miami Heat like a knife cutting through a warm stick of butter.

How did the Spurs make King James and the Miami Heat look like the Washington Generals? It might seem like a Rubik’s cube on the surface, but it’s quite simple. Let’s dive in and take a deeper look at the main reasons why the Spurs cut down the nets.

Unselfishness + High basketball IQ + Shooting ability = Championship-winning formula. Like a sunset over Maui or a personal Frank Sinatra concert, the Spurs’ ball movement is a thing of beauty.

The Spurs’ mantra – it doesn’t matter who attempts the shot, just as long as it is an open look. And the Spurs definitely got open looks in the Finals. By now we all have heard about the record-breaking first-half performance in Game 3 with the Spurs shooting a scorching 25-33 from the field, 75.8 percent. 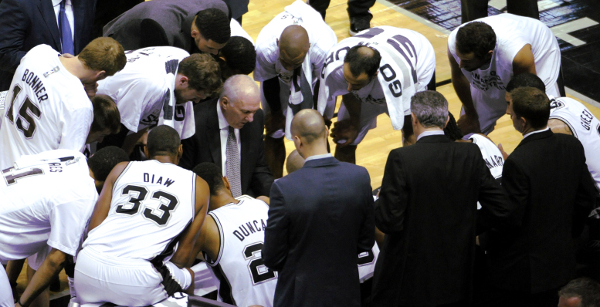 The Spurs are a true testament to the old adage coaches everywhere always like to preach but never really follow, ‘the ball can always move faster than the person.’ Popovich believes it and he more than instills it in his players. The Spurs have an uncanny sixth sense ability of finding the open man. In Game 3 alone, San Antonio passed the ball 93 more times than the Heat.

And if you don’t think that is impressive enough, in Game 4 the Spurs passed it 113 times more than Miami. That stat right there is all you need to know… Ball movement wins games! Even on their drives to the hoop, the Spurs were finding the open man; 36 percent of all the Spurs’ drives to the basket resulted in a kick to an open teammate. 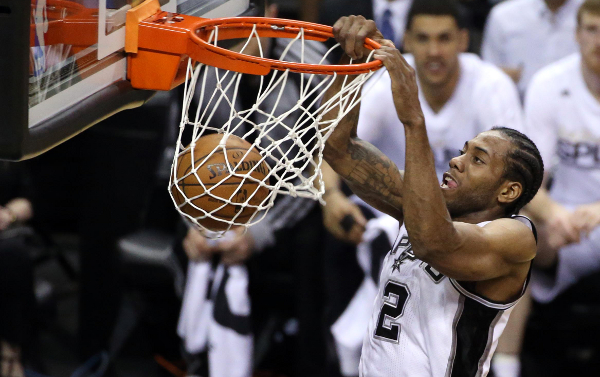 We’ve established the Spurs’ ball movement is second to none, but they still have to be able to put the ball in the hoop. And if you haven’t noticed by now, they can. At a very very high level. The Spurs’ secret weapon – in my opinion one of the greatest shooting coaches all time – Chip Engelland. The work he has done in developing shooters across the board is second to none. He’s helped transform Kawhi Leonard from a defense-only athlete into a legitimate three-point threat and offensive force.

Tony Parker has become one of the best mid-range shooting guards in the league and it doesn’t seem like Danny Green can miss when it comes to the NBA Finals. It makes a world of a difference when everyone on the floor can stretch the defense with their shooting ability.

The Heat have to guard 30 percent more of the floor due to the Spurs’ extended range and shooting ability. Although it sure seems like the Heat are only guarding 30 percent of the floor.

Circumstantial value/There is only one LeBron

Diaw, in my opinion, was the biggest-difference maker in the Finals and was deserving of the MVP with a +20 plus/minus in Game 3 and a +15 in Game 4. And if it’s not evident that the NBA is becoming more and more reliant on being able to shoot the 3 at a high level, then you haven’t been watching the 2014 Finals or the 2014 season for that matter.

In a year where a record-shattering amount of threes were attempted (4,000+ more than the previous record), some of the Miami Heat players have fallen behind the curve and it has been highlighted in the 2014 Finals. No one is going to sit here and say that Danny Green is a better player than Wade, but who wouldn’t say that he has been more valuable in this series? In Game 3 and 4 combined, Green shot 10-of-13 and consistently made timely threes when the Heat were attempting to make a run. 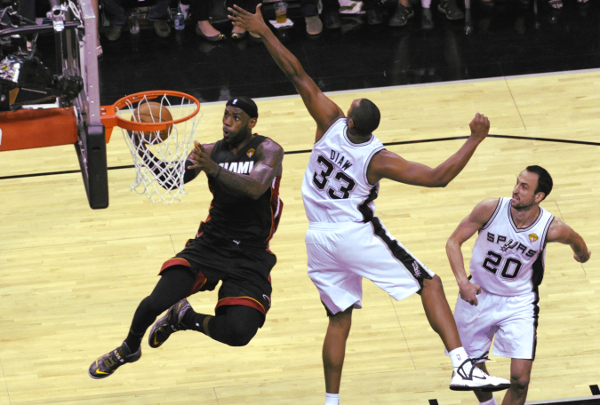 Unfortunately, cloning isn’t legal yet for human beings. If it was, the Heat need to invest in another LeBron James ASAP. The truth of the matter is, there is only one LeBron and that’s just not enough. He has literally carried the Heat on his shoulders but the Game 2 Superman performance and 17-point first quarter Sunday night in Game 5 couldn’t overcome an consistent entire team effort.

Case and point, Game 5: LeBron’s great first quarter followed by a game-changing 14-0 Spurs team run in the second. The only true kryptonite to stop LeBron – turn off the air conditioning. When it’s all said and done LeBron might be the greatest of all time, but even Clark Kent can’t win 1 on 5.

This is the number one reason why the Spurs have been consistently dominant over the past decade. Just like The Patriot Way in the NFL, The Spurs Way reigns supreme in the NBA. How about this for a stat – no player on the Spurs’ roster averaged over 30 minutes per game this season. If that doesn’t scream “team” I don’t know what does.

When a player joins the Spurs’ organization, all egos are checked and dropped off at the door. This is a testament to the culture that Popovich and GM RC Buford have created, but more so it is a due to the three stars – Duncan, Parker, and Manu Ginobili. Tim Duncan is a Top 10 player in NBA history, but you wouldn’t know it by the way he acts or the way he allows Popovich to coach him. There’s no star preferential treatment in San Antonio, and the players respect that. If the superstars buy in, everyone buys in. Take for example in Game 2 when Manu Ginobili was about to check into the game and Pop quickly told him to come back to the bench. Manu could have sulked and pouted his way back to the bench, but instead he sprinted back to his seat and was fully involved in the game as if he was an assistant coach. Not one sign of feeling bad for himself.

Game 4, Danny Green gets yanked for a defensive mistake and Pop publicly is seen chewing him out. Does Green pout on the bench about it? Nope. He’s standing up cheering on his teammates waving a towel on every good Spurs play (which is quite often by the way).

Tony Parker and Manu Ginobili, both called out by Popovich in the Conference Finals and Finals for their poor play. Do they strike back with a snide remark to the media? Definitely not. They own their baggage and simply agree, “Yes, I need to play better.” Can you imagine a Carmelo Anthony or Kobe Bryant doing any of the above? 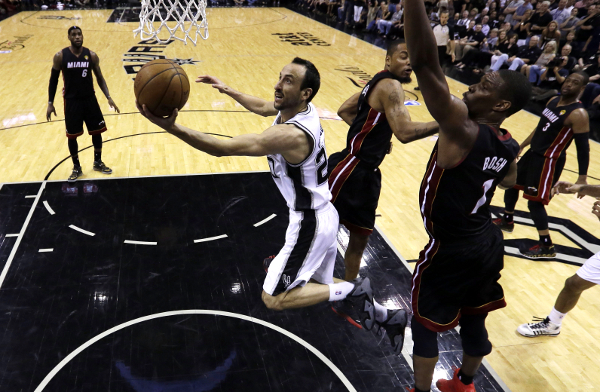 The team first motto has created a winning culture that the Spurs Big 3 have passed on to the younger generation. And the Spurs’ players, they genuinely like each other. I’m personally close to a player on the Spurs and they are constantly doing team-building activities; from their pre-season military-esque obstacle course ventures to their playoff barber shop team visits, the Spurs have created a family atmosphere that is contagious.

The 2014 NBA champion San Antonio Spurs won the title due to their teamwork, ball movement, shooting ability, and their star players completely buying into The Spurs Way.

And maybe, just maybe, when Popovich is alone driving home from the arena he’ll take a minute to enjoy what he and the Spurs have accomplished this season and crack a smile. But just for a second. When the sun rises tomorrow, it’s back to business and time to defend the title in 2015.