Excerpted from Heart Over Height by Nate Robinson with Jon Finkel. Book can be purchased online at Amazon. 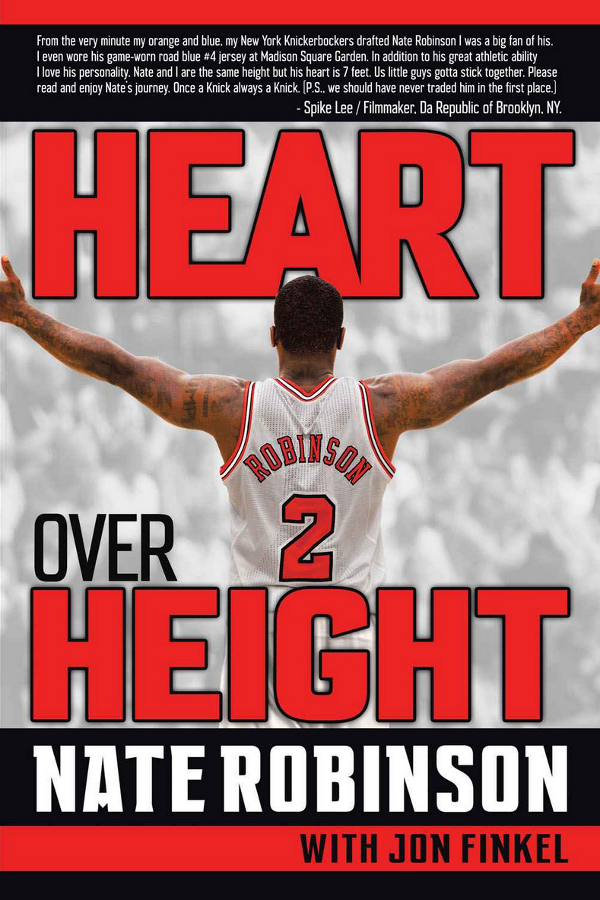 Most people don’t know that I went to the NBA Pre-Draft camp for the first time after my sophomore year. I was given jersey No. 16, which I thought was a sign because one of my kids was born on the 16th. My coach for that camp was Denver Nuggets icon Alex English and he was really supportive.

“Just go out there, have fun and get buckets,” he told me.

He kind of turned me loose, and I averaged something like 22 points and 8 assists against the best guards in the country. The highlight of the entire experience was when Larry Bird told some people that if I went back to college, he was going to pick Washington to win the National Championship.

I could not believe he said that. That made me so excited to get back to school for my junior year. Obviously we didn’t win it, but having him compliment me like that was incredible.

After I declared following my junior year, I kept in mind what he said and it gave me confidence going into my team workouts. Little did I know how many teams I’d actually work out for!

I’ll save you the suspense: I worked out for 23 NBA teams. I basically took one full month and traveled around the country showing almost everyone in the league what I could do. Most of the workouts were a blur, but I’ll never forget the last two.

I turned 21 on May 31st and I had completed twenty-one of the workouts. I had zig-zagged across the country and I was tired. The plan was for me to finish up in Sacramento and then fly home to Seattle. I wrapped up my workout with the Kings in the morning and I thought I did a great job. I called my agent from the airport and told him I was happy with how it went and that I couldn’t wait to go home.

“Listen,” he said to me. “We got you one more workout. It’s with the Knicks. We’ll change your flight. Just one more.”

It was really inconvenient to fly from Sacramento to New York for one more workout, but I agreed. Then my flights started getting delayed. It was crazy. One hour. Two hours. Four hours. I think my original flight to New York was around two o’clock and I was still at the airport at 8 p.m. I called my agent and told him to forget the trip to the Knicks.

“I’m just going to go home,” I told him. “I’ve played three years of college and I worked out for twenty-two teams. The draft is in two days. There is really nothing more I can do. I’m going to switch this flight to Seattle and go home.”

I finally left Sacramento at about 10:30 p.m. and I think I landed in New York at around 5:30 in the morning. I went right from the airport to my physical, team interviews and all that stuff, which took forever.

It was almost nighttime again before I actually got to play basketball for them. They knew how much I had just traveled and they offered me the chance to do the workout in the morning. I told them I was ready to go right now. I laced up my shoes for drills and one-on-one games and two- on-two games and full-court, and I absolutely torched it.

I didn’t miss a shot for about the first hour. I also had the highest vertical jump of my life, at almost 48”. Every single drill or test they put me through I aced. I think I broke records in their speed drills and my energy was non-stop. Even after the workout was over I stayed and shot around with both hands, talking to them. I didn’t know at the time that trip would change my life. 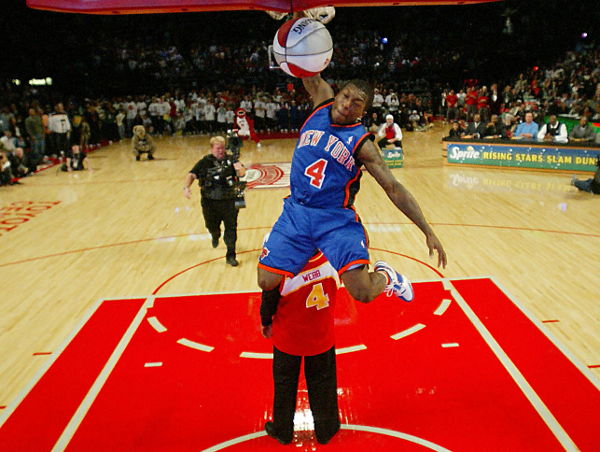 I got home from the New York trip a day before the NBA Draft. I had plenty of conversations with my agents about where I might end up, but the truth was we really didn’t know. After all of my workouts, I was still projected to go late in the first or possibly early in the second round.

The night of the draft there had to have been over 300 people at my mom’s house. I think every person I ever met in Seattle was there. Family, friends, media, coaches, old teammates from high school and college – everybody.

As the first round wore on the tension kept building but I was having a good time. I had faith that I’d get taken in the first round, but my mindset was that even if I didn’t, I was going to go in the second and I’d show that team what I could do and make the roster. Right before the 20th pick my agents called me.

After I got off the phone, I didn’t tell anybody what I just found out. I told people it was a wrong number. I sat there and waited as the Knicks’ time on the clock almost expired. With a few seconds left, David Stern walked to the podium and announced that the Knicks had taken me.

Everyone in the house went crazy! The place just erupted! I started screaming and crying, and other people were crying and I was filled with such happiness. I couldn’t hear anything for a little while, and when I calmed down I looked at the TV and they were showing the best 30- second highlight tape of me ever.