Who is Nikola Mirotic?

Who is Nikola Mirotic? 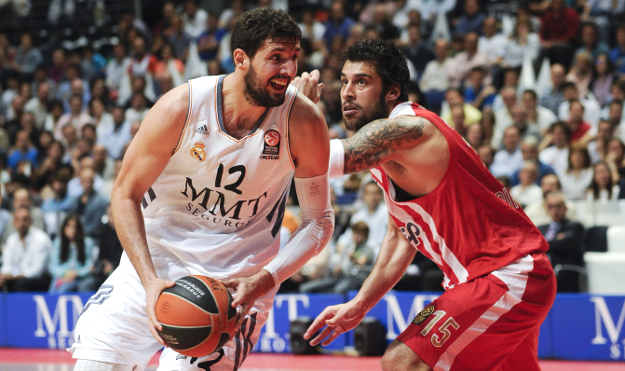 Следећи Тони Кукоч. Don’t understand? Don’t worry, neither do I. But what you do need to know is that three-word Montenegrin statement could change the NBA and very well could be the missing ingredient to the Chicago Bulls’ championship formula; The Next Toni Kukoc. Introducing the best player in Europe and possibly the best European player since the great Dirk Nowitzki: Nikola Mirotic. Don’t know him? Don’t worry about that either, you will very soon.

Tucked away in the Balkans in Southeastern Europe, Montenegro is smaller than Connecticut but its 6-foot-10 prodigal son’s potential is far from small. Mirotic will join fellow Montenegrins Nikola Pekovic and Nikola Vucevic in the NBA. Those two have found success in the league, but Mirotic’s potential outweighs them both. Now the question is, will the mysterious Next Great Euro be able to fulfill it? 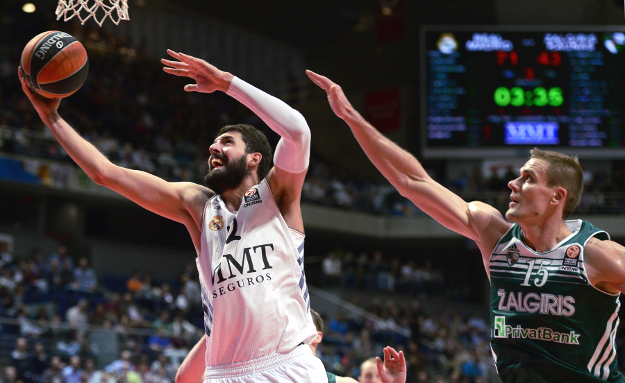 As much of a mystery as Mirotic is to you as an NBA fan, he sure isn’t mysterious to Euroleague fans. Mirotic played back-to-back Euroleague finals in 2013 and 2014, earning 2nd team All-Euroleague honors in the process. Oh, by the way, he was the youngest player in over a decade to be selected to an All-Euroleague Team and the only player in Euroleague history to win the Rising Star Award (given to the best young player) twice. If you’re looking for more NBA comparisons to his game and skill set, look no further than a more athletic version of sharp-shooting big man Ryan Anderson.

Mirotic brings a high level Euro-esque skill set of craftiness around the rim and dead-eye shooting ability from deep. But pump the breaks before you label Mirotic as just another European. He brings a weapon that most Euros don’t possess – versatility. Mirotic was the only player in the Euroleague to rank in the Top 15 in scoring, steals, blocks, and player efficiency rating. Steals and blocks? A Euro big man playing defense? I won’t go out on a limb here and say he’s Serge Ibaka in the paint, but he is definitely not a stiff (breathe a sigh of relief folks, he’s not Darko).

Mirotic held his opponents to 28 percent from the field and a 20 percent turnover rate when guarding in isolation situations. This will bode well with defensive mad scientist Tom Thibodeau at the helm in Chicago. At 6-foot-10, a wingspan over seven feet, and mobility, Mirotic brings the ability to guard a wing as well as bang with a forward down low. Well ‘bang’ might be a little of an overstatement, but we’ll talk about that later.

All that ‘defensive versatility and more athletic than given credit for’ talk is great, but the aspect of Mirotic’s game that had the Bulls salivating and trying to do anything and everything to get him away from Real Madrid is his shooting ability and high basketball IQ. As good as Boris Diaw was running the point forward in the NBA Finals, Mirotic can do the same. Mirotic has a knack for making plays and more importantly making the right play. He only averages one turnover per game and is more concerned with making the correct play as opposed to the highlight one. Sorry, he’s not Ricky Rubio (trust me, that will be a plus when it comes to shooting ability).

Mirotic’s ability to stretch the defense at 6-foot-10 with his high-level shooting ability will be an everyday Christmas present to floor general Derrick Rose. And given the way the NBA is continuing to progress, a big man with the ability to stretch the floor and create space is more valuable and versatile than a big man down low with only low-post capabilities.

And Mirotic isn’t only a catch-and-shoot ‘Mehmet Okur Euro’, he has the ability to take defenders off the dribble and get to the hoop (draws 3.3 fouls per game). In one word, Mirotic is versatile – both offensively and defensively. And if you have watched Chicago play over the past few seasons, defensive ability is a must to get on the court and the offensive firepower Mirotic brings is a must-need for the Bulls.

For two seasons in a row, Mirotic hasn’t been able to get over the championship hump and propel Spanish powerhouse Real Madrid to a Euroleague title. And quite frankly, Mirotic has disappeared in the final game scoring 7 points in 2013 and 12 points in 2014. If this was LeBron James and there was a Skip Bayless in Spain, it would be non-stop bickering about Mirotic’s non-existent clutch gene and that he can’t win the big one.

The good news is, Mirotic doesn’t fall under the common stigma of “soft” European like most of his predecessors before him. He’s not afraid of contact and would rather seek it out instead of shying away from it. Mirotic is a tough-nosed player who isn’t afraid to throw an elbow or two and mix it up in the paint with more imposing physical specimens.

Sure, he needs to eat a month’s worth of Chicago deep dish pizza to put on some much needed extra bulk. The Spanish diet of tapas isn’t quite going to cut it (I played in Spain, their cuisine is next level! But not for an NBA body). However, the aggression and passion are certainly there… and that's more than half the battle.

So where exactly are the holes in his game? As ESPN European guru Fran Fraschilla recently put it, "Playing at the level (Mirotic) has for the last four years, he's hitting .330 in Triple-A, and now you're bringing him up to the big leagues.” 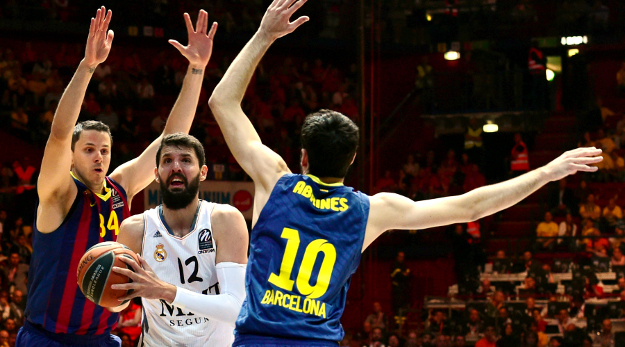 I agree with that to an extent, to the extent that the NBA is the most athletic league in the world and the speed of the game will increase an octave for Mirotic, but to say that Euroleague is like Triple A isn’t quite valid. The IQ, the craft, and the physicality of Euroleague basketball all outweigh that of the NBA in those respective categories. Sure, the NBA overall has more talent, but trust me when I tell you this – there are Euroleague teams that could play in the NBA and hold their own.

Mirotic is going to have to add strength and bulk to his frame along with making a more concentrated effort to rebound not only in his area but also grow into a value rebounder, able to extend outside of his area.

From studying in-depth film, speaking with my connections in European basketball, and reading scouting reports of NBA execs that I have a great deal of respect for, all arrows point towards Mirotic becoming a legitimate star in the NBA and possibly truly being the Next Great European. Time will be the true judge, but Mirotic possesses all the intangibles of what it takes to become a household name – height, IQ, elite shooting ability, deceptive athleticism, and defensive toughness.

So have the Bulls found their missing link? The link that can bring a title to the Windy City for the first time since the Great One left? Carmelo Anthony is not going there… But hey, just be happy you have Mirotic coming, because he will be great. After all, the name Nikola means “victory of the people.” What more do you need to know?