The evolution of the mid-level exception

The evolution of the mid-level exception 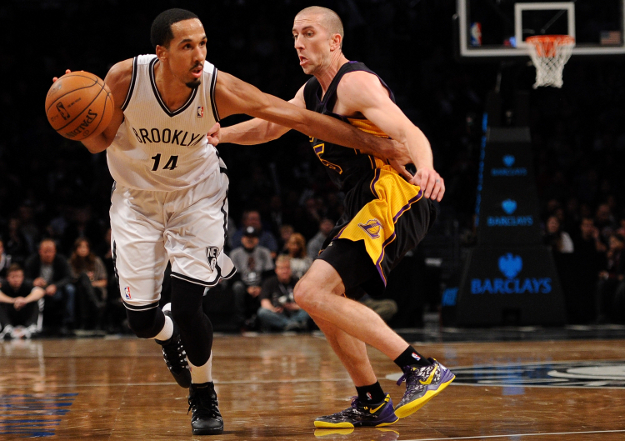 Last season, I wrote about a development within the NBA's middle class, about how we were seeing more contracts given out within an admittedly slightly arbitrarily chosen band of mid-range salaries, and about how the players being signed within this band were of a higher caliber than they had been previously.

This season, no stars moved in the first few days of free agency, only middle classers. As is the case every year, some of the early signings were deemed surprising, not only because of who the signees were but also because of how much they signed for.

Players such as Jodie Meeks, CJ Miles, Spencer Hawes and Shaun Livingston were getting contracts for non-taxpayer mid-level exception amounts, be it via the MLE or equivalent amount of cap space. And despite the aforementioned trend for better and better players receiving mid-range deals, these players were now getting those deals without being of the same caliber. Those were MLE-sized contracts to a bunch of fifth starters, and was a cause for concern and scorn from many parties, myself included.

However, the value of new player contracts should not be explicitly tied to the amount of an exception they most resemble. And even if they are, perhaps we should re-examine what the value of those exceptions is.

The mid-level exception was introduced in the 1999 Collective Bargaining Agreement, and to start with, it was not very big. Also known as the 'middle class exception' in its early days, its inclusion was a key piece of the negotiations, and one of the disputed points during the ugly, terse lockout of 1998. The players union ultimately got their way on this issue, the union making concessions on other issues elsewhere to compensate, and a salary cap exception larger than the NBA and owners had desired was created.

That is not to say it was large, however. In its early years, it certainly was not. In the first year of the MLE, it was a mere $1.75 million in size against a salary cap of $30 million, and in 1999-00, the MLE rose only slightly to an even $2 million against a cap of $34 million. (All of these figures were amounts negotiated in the lockout and not tied to other factors, as they would subsequently be, which as will be shown was very important to the MLE's development.)

In 2001-02, the MLE was no longer of a predetermined amount and instead became equal to the average player salary, spiking up to $4.538 million that season and making further small growths on its way to $4.903 million in 2004-05. The cap did not grow by the same amount (ranging between $40.271 million and $43.87 million over the final four years of the 1999 CBA), and so now the exception that had once been something of a drop in the ocean was now a significant weapon. 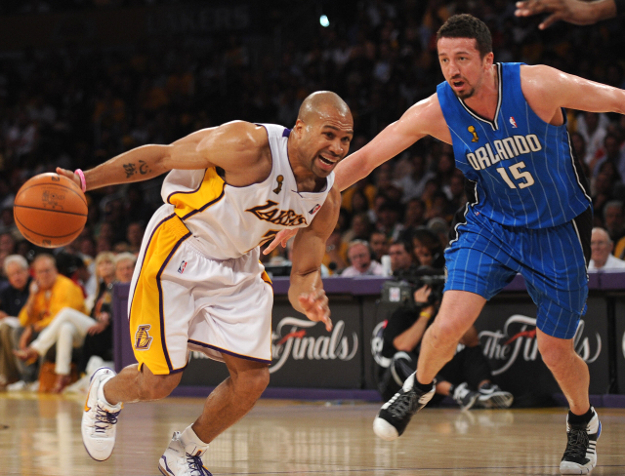 Consider that at this time, MLE contracts could be for as long as six years (the owners had originally sought only three), and maximum raises could be as high as 10 percent of the first year of the contract. A 2004-05 full MLE could be worth up to $36,772,500 over six seasons, and in the cases of Shane Battier, Hedo Turkoglu and Derek Fisher, that is exactly how it was.

This was not what the NBA had in mind when it proposed a $1.5 million middle class exception for up to three years, a hypothetical maximum contract total of less than $5 million. The MLE was now hugely significant. Put a couple of them together, and not only did teams have no real incentive to operate under the salary cap, but they also would find it difficult to do so.

Although the 2005 CBA shortened the maximum length of the mid-level exception to five years, and the maximum raises to 8 percent, the growth of the MLE and salary caps continued. Despite a $89,000 dip in the final year, the MLE otherwise grew year on year to reach a starting value of $5.854 million in the 2009-10 season, against a salary cap of $57.7 million. The $5.854 starting value was the highest the MLE had ever been. And it is also the highest it has ever been since.

Under the 2011 CBA, the MLE was shrunk more significantly. The non-taxpayer MLE starts this year at a maximum of $5.305 million, against a still-growing salary cap of $63.065 million, with a maximum length of four years and raises of only 4.5 percent.

Additionally, under this CBA, the MLE has reverted back to its early days, and is no longer tied to the average salary or any metric – instead, its amount for every season of the CBA is already pre-determined regardless of what happens to basketball related income and team revenues. Only if the current CBA survives until 2018-19 without being terminated will the MLE grow to be bigger than the $5.854 million peak it managed in 2009-10, a year that at that time will be almost a full decade prior.

In a time of fast growing revenues and with a big TV deal coming up, who knows what the salary cap will be by that time. But the MLE has already been determined will be small.

Put more succinctly, the cap kept growing and the MLE did not. So now, when a player signs for near MLE money, we need to reconsider what it means.

The decreasing of contract sizes and spending power is not unique to the mid-level exception, certainly. But the changing value of the MLE, and the value of the players it can return, is evidential of and directly related to the overall curtailing of league spending ability. 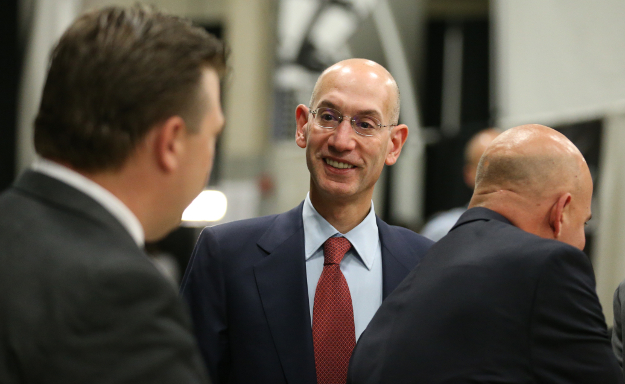 New provisions within the 2011 CBA disincentivised higher payrolls. Teams with higher payrolls were subject not only to more punitive luxury tax penalties and the establishment of the repeater tax, but they also lost many of their roster management tools. They lost the non-taxpayer MLE, they lost the ability to sign and trade, and their rules on trading became more restrictive.

Moreover, the CBA's further shortening of maximum contract lengths made roster turnover much more frequent, which also leads to much greater payroll flexibility and potential cap space. It was designed to be more difficult to get stuck, and it has worked.

A combination of these factors, plus the big increases in the salary cap, has made payroll flexibility and cap space rather widespread. Fifteen teams had cap space this year, as opposed to three in 2009 – half the league had room this year, then, rather than just a minority. This is merely the continuation of a recent trend. And more mid-range contracts are this trend's by-product.

We may be seeing fewer full non-taxpayer MLE contracts due to the hard capping process that accompanies them now, and because of the fact that taxpaying teams only have the little brother MLE to work with, which even when used in its full amount barely passes into the middle class contract range.

But because so many teams have cap space, we are instead seeing ever more contracts of that size given out via this space, particularly by teams with little to no chance of landing the star players for so long automatically associated with being the purpose of having eight figures worth of cap room.

This is not entirely new to the 2011 CBA and was much in evidence in the summer of 2010 for all the unsuccessful LeBron suitors. But the 2011 CBA and its provisions continue and enhance the trend. If a player signs for MLE money now, they are actually signing for less than the average salary, and they are likely not signing it for very long. An MLE or equivalent contract is not that big anymore. The value of contracts changes as the cap does, and our perception must change with it.

MLE money to a good or potentially good role player is not the potential time bomb it once was. Giving this sort of money to Jodie Meeks or Josh McRoberts is not like giving it to Mark Blount or Troy Hudson.

The commitment of a full MLE to a player, or a comparable amount of cap room, is not the financial commitment it once was in light of the stagnation of its starting value and the declined raise percentages. And even if it does go wrong, it does not go wrong for as long. Think Landry Fields, not Brian Cardinal.