Doug McDermott the most impressive summer league player, according to his peers

Doug McDermott the most impressive summer league player, according to his peers

Bulls forward Doug McDermott was the top vote-getter in a HoopsHype poll in which we asked 34 summer league players which three peers they found the most impressive in Orlando and Las Vegas. McDermott, who averaged 18.0 ppg, 4.0 apg and 2.8 apg at the Vegas Summer League, came right ahead of Cavs draftee Andrew Wiggins and Chicago teammate Tony Snell. 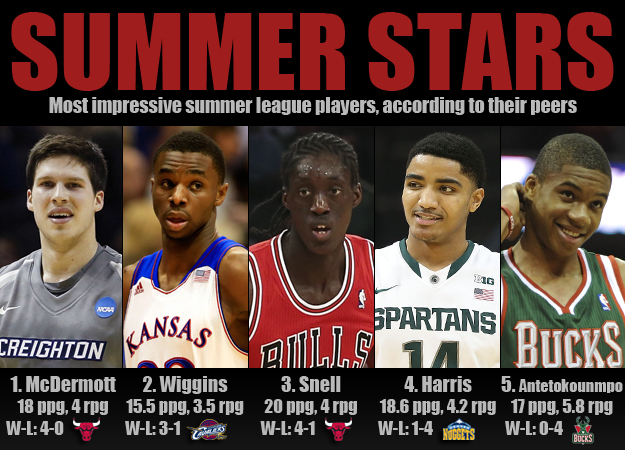