The players most often mentioned in Kevin Love trade rumors

The players most often mentioned in Kevin Love trade rumors

With the Kevin Love saga apparently nearing an end, who are the players most often mentioned in trade rumors involving the Timberwolves All-Star forward?

Two Chicago Bulls come up a lot, but it's the No. 1 pick of the 2014 draft that's pretty much a fixture in rumors. 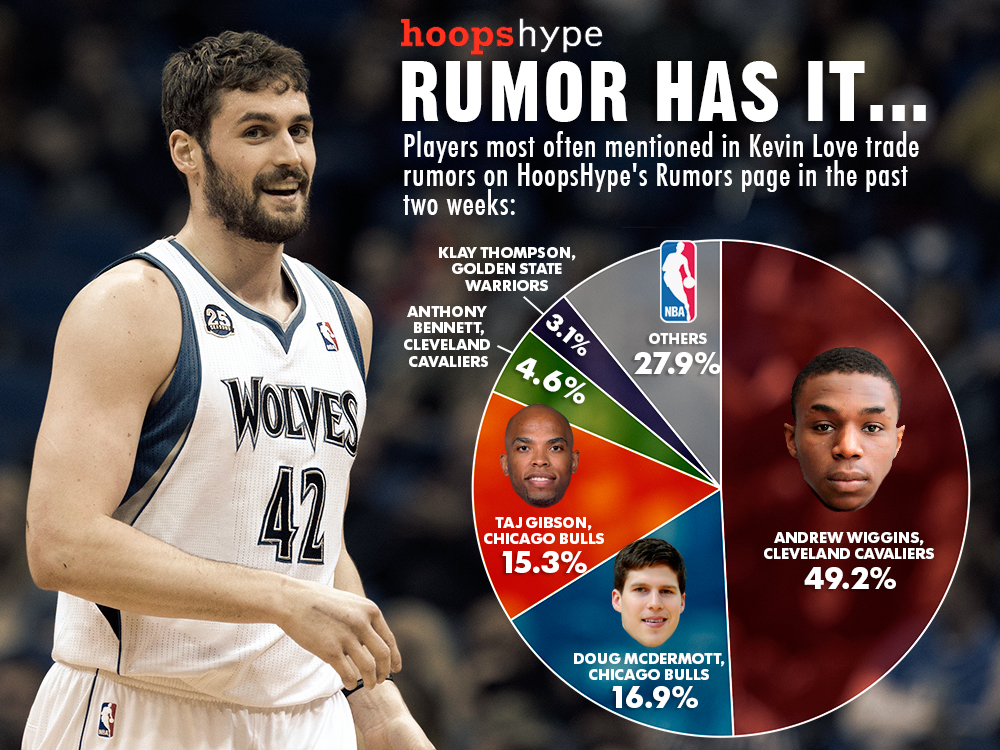