Statistically speaking, Team USA leaps and bounds ahead of the field

Statistically speaking, Team USA leaps and bounds ahead of the field 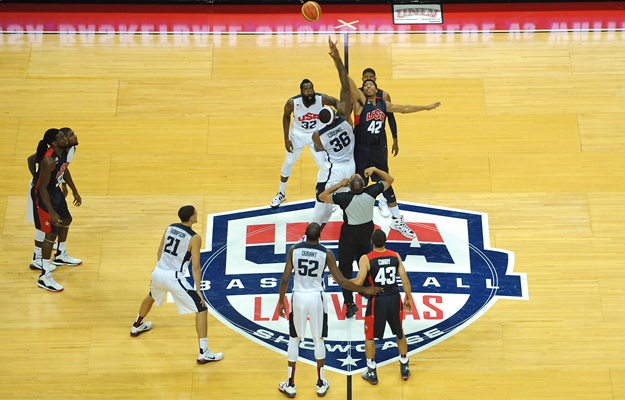 LeBron James is not walking throught that door and neither are Kevin Love, Kevin Durant, Blake Griffin and many other NBA luminaries who decided to pass on this year's World Cup. Of the 12 American players that made the All-NBA Teams last season, only two – James Harden and Stephen Curry – will be playing for the United States in Spain.

Team USA still has by far the best NBA players in the tournament, though – at least from a statistical standpoint. The Top 5 players in the competition PER-wise will all represent the red, white and blue. U.S. team members also dominate another key metric: win shares. Nine of the of the best 13 World Cup players in that statistical department are American.

Check out the full numbers below.