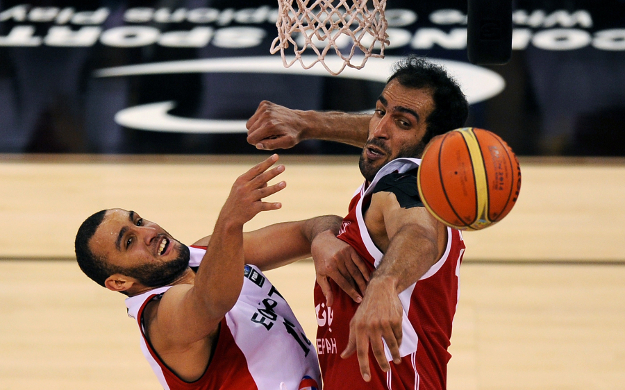 Did you hear about the news on Real Madrid's interest in you?

Hamed Haddadi: I just woke up this morning and called my agent about it, about what's the situation. We will see what happens next season.

Were you surprised about it?

HH: Well, you know, Real Madrid is the biggest club in Europe… But we'll see what happens in the future.

Is it something that you've considered, signing with a European team?

HH: Yeah, it's one of my options, signing with a club in Europe. A good club.

So a Euroleague team would be the only option, right?

Have you ruled out the NBA?

HH: Well, I'm waiting for my agent to call me on that, we will wait until we finish the World Cup and then we'll see. You know, play well here, and maybe getting some NBA offers.

It's very important for you to play good here then. Do you feel healthy?

HH: I'm not healthy. I didn't practice a lot before the tournament, then I had some problems with my family, but I'm getting better game by game. We had a win today and we'll have another game tomorrow. Then we'll see.