Catching up with Raptors' Bill Bayno

Catching up with Raptors' Bill Bayno 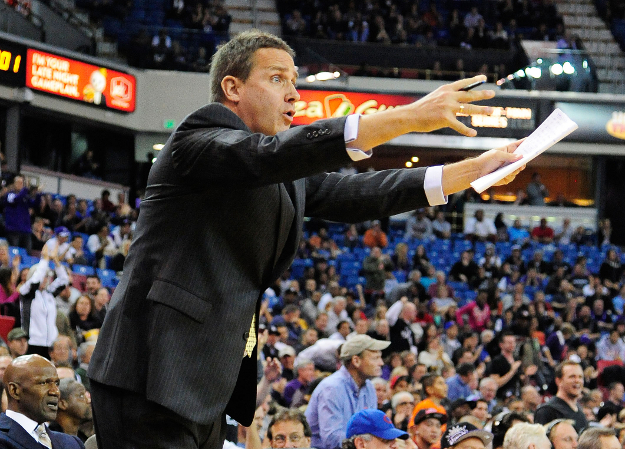 How do you end up coaching for the Dominican Republic?

Bill Bayno: When John Calipari got the job [in 2011], he asked me to help out, so I did. I've always known [head coach] Orlando Antigua since Orlando played. I knew him when he played in high school. So my team at the time, Portland, allowed me to do it. We were in the lockout year. Then for two years in Minnesota we had so much work to do, we were rebuilding, trying to go from last place to the playoffs and our summers were busy and I wasn't able to do it. I couldn't get the time off and then coach [Dwane] Casey, Masai Ujiri and the Raptors allowed me to do it this year. I love it. It's a great group of guys, they're fun to coach and it's a great experience, coaching the World Cup. Last summer we were in the Olympic qualifier down in Mar del Plata, almost qualified to the Olympics. It's a good experience and as long as you're coaching, you're continuing to learn. I'm picking up some new things, and I think that will help us with the Raptors, watching other teams, and some of these great coaches on the international level. So I'm lucky to be here and I love it and it's nice to win.

Don't you get tired of doing it year-round?

BB: I do, I do. Because I pretty much work all summer with our guys, but it's still worth doing it. I'll have about a week off before we start training camp. I'm just going to have to get a lot of sleep, that's all. Coach Casey is going to give me a week to get my stuff in order and then I've got to be back on September 21. We have meetings, informal workouts, and then start on the 29th.

Were you kind of surprised that the Raptors did so well last season?

BB: The credit goes to the players: Kyle Lowry really stepped up. Then Masai Ujiri made an unbelievable trade where we were able to get four players for pretty much one. We traded Rudy Gay. At the time, Rudy was playing well but he and DeMar [DeRozan] I think were too similar. So we got four players for Rudy and they were all really solid winning players: Greivis Vasquez, Chuck Hayes, John Salmons and Patrick Patterson. At the time, our bench was our weakness. We were 5-12, our starters were hanging in there but we had a lot of young guys on the bench, we got a lot of injuries, and that solidified our bench. From that day on, I think we were like 43-22. Kyle and DeMar were our leaders, Jonas Valanciunas and T-Ross were young guys that really developed, probably two of the best years of any second-year players and our bench was phenomenal. Those four guys I mentioned along with Tyler Hansbrough really played solid for us and came one shot away from advancing and play the Miami Heat. So we got everybody back and we're excited and looking forward to that.

You work a lot with the young guys. Who do you expect to have a breakout season this year?

BB: T-Ross and Jonas are still in that stage of their careers where they have a lot of room for improvement. I think they will continue to grow. I think both of those guys can be All-Stars. We drafted Bruno Caboclo, who I think has a tremendous future, but this year it will be hard for him to break in because we have our Top 10 coming back. We're going to work hard to develop him. He's a great kid, he's got a bright future, really listens and learns, has a high basketball IQ. So he's the one guy to watch but I don't think it's his time yet to have a breakout year with the way our roster's shaped up. So I think our two young guys are Jonas and T-Ross. They both had great summers, they both worked really really hard. Jonas is playing great for Lithuania. 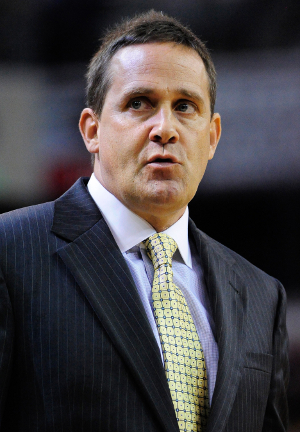 This past season there were a few assistant coaches that were fired or demoted in the middle of the season – Lawrence Frank, Brian Scalabrine… As a high-profile assistant coach yourself, how do you navigate those waters between really saying and doing what you want to do without stepping on anybody else's toes?

BB: Staff chemistry is so important. I've always said that if I, as an assistant, can't get along with the other assistants, or can't be able to agree to disagree, then I'm being disloyal to the head coach and the organization. I don't know what happened over those places, but I think the biggest thing is that you can't have an ego. It has to be about the team. It's the same thing we tell our players. We all have our own ideas, we all want to make our impact, but the bottom line is that the head coach makes the final decision, and then we have to buy in, we have to teach it the way he wants it taught. And we have to put our ego in our pocket. Our ego is not our amigo. That gets you in some trouble in all facets of life. It's what we tell our players, it's about the team, it's not about you, about stats. That's what our players did great, no one cared who scored. We knew DeMar and Kyle were our main two guys but they were unselfish, they passed the ball and no one cared. And you have to have that as a coaching staff. And the only thing that really gets in the way of that is your ego. It's a good lesson for all assistant coaches to learn from other people's mistakes.

Who has bigger egos: Players or coaches?

BB: Look, we all are human beings. You need an ego to be successful. You need an ego to be a good coach. You need an ego to be a good player. But you also have to understand when to use it, when to let it drive you and motivate you, and when to turn it down and shut it down. This is a player's league, bottom line. We all have big egos. That's the challenge, to get along with your co-workers, to do what your boss needs you to do… And I tell you, the international players have really helped our NBA because they have brought over that selfless, team-first, share-the-ball, move-the-ball attitude. LeBron James has been a great ambassador in that regard. And Kevin Durant is selfless, he passes the ball. So those two guys have really helped the NBA and the international players have helped it too. Sometimes our young players in the USA are rewarded for just scoring points, for being the man, for getting all the hype. And that gets in the way of good basketball. That's something we've changed with USA Basketball. Coach K and Jerry Colangelo have really changed the mindset of USA Basketball. It is team-first. We don't even have our top-tier players [in the World Cup] and we have a really good chance to win the gold medal. Because they're sharing the ball, being selfless. LeBron and Durant are setting the tone that you can be a superstars and still be selfless and still make the right play all the time. Some people in the USA criticize LeBron for making the right pass and I think that's ridiculous. 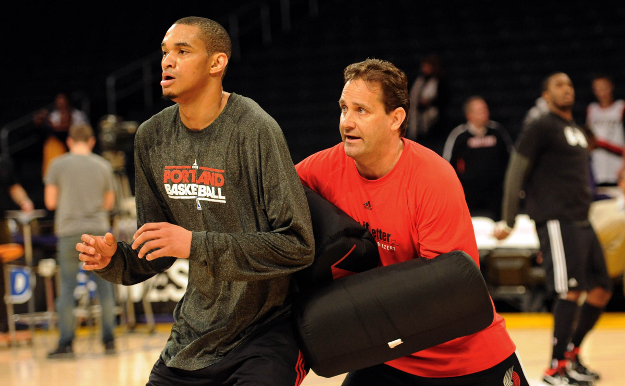 You have been pretty open in the past about discussing your problems with alcohol.

BB: Yeah, and I'll always be that way.

How was the reaction around you and in the business of basketball when you first discussed it publicly?

BB: Alcohol is a problem all around the world and it just happens to run in my family. It was a change I knew I needed to make, and part of my healing process was to talk about it. I had some friends who told me that I shouldn't talk about it publicly, but I had nothing to hide. My life has been always an open book. I really believe it helped me to stay sober and maybe it will help someone else. A lot of people hold it in, they don't want to talk about it, and then they go drink secretly. I've had people come up to me and say 'Hey, I know I'm an alcoholic, and I know I need to stop, and I appreciate you telling your story, because it hit home with me and I know I need to make changes in my life.' I think sharing like that works for me. It was my choice and I think God put me on this Earth to help young people. I never really got criticized for talking about it. Most people see that as admitting you made a mistake and be willing to move on… And if I didn't, I'd be dead. There's a lot of people out there that keep it in, they don't talk about it, and they can't beat it. They end up dying an alcoholic. So I have no regrets, I'm open to talk to anyone about it anytime to try to help them.

Have you coached anybody in the NBA that you could tell was going through the same problems that you had?

BB: Yeah, I've had many players. I think was able to help them. It's everywhere, there's very few families in the United States that don't have an alcoholic in their family or a friend or a distant relative… It's there, it's a big part of human being's DNA. I've had a bunch [of NBA players]. In any segment of society, certain percentage are going to have the alcoholic gene, and I've always tried to help those guys, and in many cases I have.

How could you tell?

BB: It's easy. If you're an alcoholic, you know one when you see one the first day you see him hungover because you see yourself. You see it in their eyes, in their body language, in their behaviour. I can say that was me. An alcoholic knows an alcoholic when he sees one.

What do you think about Vegas being such a center for whatever happens in the offseason in the NBA?

BB: I think it's fine. They are all there for a reason. In all the years they've done [the summer league], I don't think you've had one guy getting arrested or any incident, not even one, with hundreds and hundres of players there every summer. People know what Vegas is, and there's a time to go to Vegas and party, and during the summer league the players are really well-behaved. You've got to give credit to all the NBA organizations for making sure they tell all the guys it's work time, it's not play time.