Catching up with Tyreke Evans

Catching up with Tyreke Evans 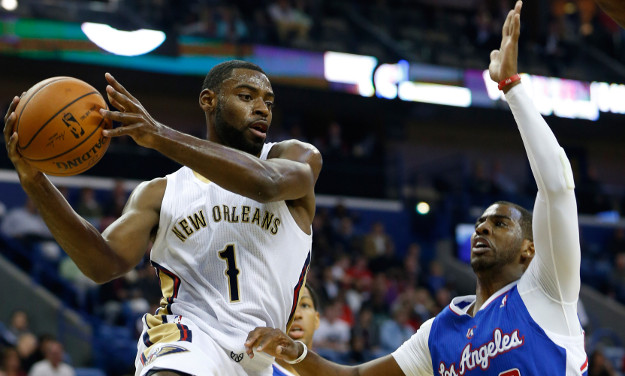 First of all, please tell us about the basketball camp you're putting up in Chester with 140 at-risk kids.

Tyreke Evans: It's important that all the kids have access to eye care. That's a big part of what we want to do. Basketball is there but with the contribution of VSP Global we can help the kids.

You put up the camp in Chester last year too. It shows that this is something really important for you.

TE: Definitely. One of the main reasons about working with VSP it's to come here and get them their eyes checked, the glasses are free… and it's great to go to my hometown and see my family and friends.

Let's talk Pelicans. How do you feel after the arthroscopic knee surgery at the end of the season?

TE: I'm feeling OK. Not at 100 percent yet, though, but I'm getting there. Once the season starts I'll be ready to go.

TE: The thing with the injuries definitely set us back. We're looking forward to a good season. Last season, guys were dropping like flies and it set us back but this year we're coming back stronger and we've added some more pieces to the puzzle. If we stay healthy, we'll try to get to that goal we want to be at, and that's to be a contender team.

When the core unit was on the floor – you, Jrue Holiday, Eric Gordon, Ryan Anderson and Anthony Davis, you were on a roll. If everybody is healthy, do you feel that this is a strong playoff team?

TE: Yeah, definitely. If we stay healthy, we're gonna be a playoff team. We know how to get to the basket, but it's going to come down to the defensive end. Coach Monty Williams wants us to improve on that and I think in training camp we're going to do a lot of defense stuff, playing with each other. So I think defense is going to be a big part of our training camp as we get to know each other more.

You began the season coming off the bench and played well as a starter. You went for 17.4 points and 6.4 assists per game following the All-Star break… How did you feel during the season?

TE: Monty was trying to figure me out, I was new to the team. He saw me play with the Kings but now he was my coach. So once we knew each other more and more, I got better on the court. Then I played as a starter and then he kind of knew what type of player I was… Bringing me out on the floor towards the end of the season, we got to know each other more. Coming off the bench was tough at first, it became a struggle at first but once I got the hang of it at the end, I showed the player I can be.

What do you expect your role will be this second season?

TE: I think it's going to be a lot better with Ryan [Anderson]. He spaces the floor so much, he helped me out a lot. You know there were a lot of times when we got the pick-and-roll, it was unstoppable. The big has to get back to him and that opens up the lane for me.

Anthony Davis is now set for a breakout season. What do you expect from him?

TE: He's in the right path. It's breakout season for him, it's scary. He finished the season strong and I expect the same, that he will play great with the Pelicans. Definitely a talented player, and I'm just happy to be on the team with him. 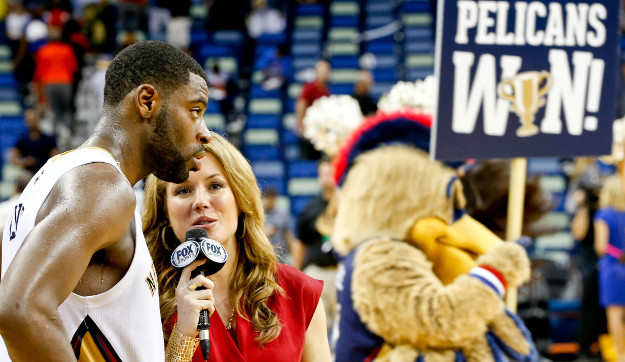 He will have more help in the paint with Omer Asik.

TE: Yeah, he will help us a lot. A big body, he sets big picks, rebounds… Well sometimes defenders will try the Hack-a-Shaq, but it's great playing with him and I'm looking forward to it.

Now the Pelicans have one of the highest payrolls in the league. The core is set for years to come but there's always the Eric Gordon issue. How do you think is going to play out?

TE: For what I know, he's happy in New Orleans, playing with us. I don't know what his options are, but as a teammate I'm looking forward to playing with him and do big things.

Serious injuries kept Ryan Anderson from playing, there were trade rumors and obviously, on top of that, the loss of his girlfriend Gia Allemand. How have you helped him during the season and how important is to the team's goals that he fully recovers from his injuries?

TE: What it helped him was playing basketball, being around the teammates, in the gym practicing… I'm sure he will be a very important player for the Pelicans this season.

What's the key to get those 50 wins that are usually necessary to be a playoff team in the West?

TE: Just play hard every night. Winning on the road it's going to be the key. Road games are tough, but if we're a strong team we'll be where we want to be, no doubt about it.

It seems everybody is happy with the team's name change, although there was a lot of talk about the mascots. People said Pierre was scary and and he got a makeover, and I read Mardi Gras special mascot King Cake Baby was like a combination of Bob's Big Boy and Chucky from Child's Play terror movies.

TE: [Laughs] Yeah, they improved Pierre, they fixed him up and he's looking good now. I'm sure the fans will enjoy watching the Pelicans this season. 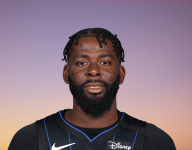 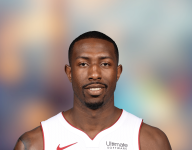 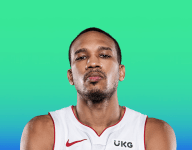 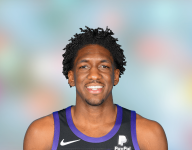 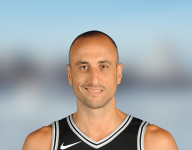 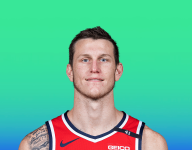