Free agent Andray Blatche was a hit with Philippines

Free agent Andray Blatche was a hit with Philippines 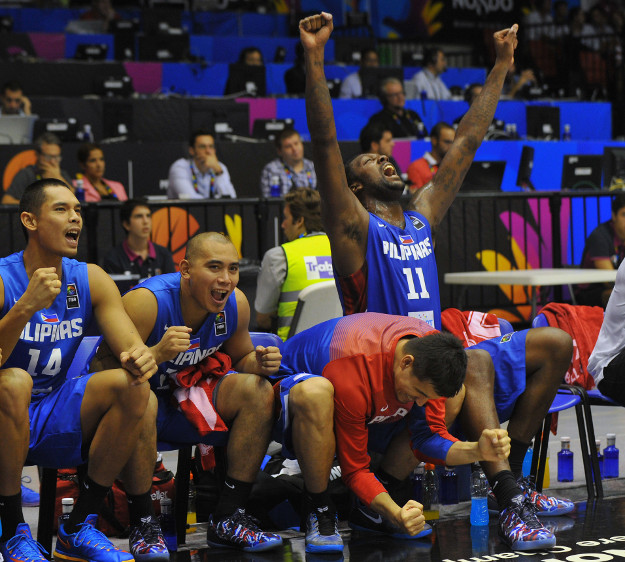 No matter what you think of the way he acquired the Filipino citizenship and ended up playing the World Cup, Andray Blatche's time with Philippines was an unmitigated success. The former Net averaged 21.2 ppg and 13.8 rpg, leading the Filipino squad to a 1-4 record that was not enough to qualify for the second round of the tournament, but was still better than most expected.

Blatche was not just a hit on the court at the World Cup, but also with his teammates, says team capatain Jimmy Alapag.

"The type of relationships he built with the guys on the team in one month and a half and the effort in games and practices really said a lot about Andray," Alapag told HoopsHype. "We were on the road together for about a month. That helped a lot to build that camaraderie and get to know Andray better. He was committed to the program from Day 1 and I think it showed."

Blatche's off-the-court troubles have been well-documented and are the main reason why he remains a free agent and has never been able to cash in big in the NBA in spite of consistent production on the court. When he was granted the Filipino citizenship, there was some concern around the Gilas Filipinas squad about his attitude. At the same time, they were willing to give him a clean slate, Alapag said.

"We all knew [the baggage] was there, but it was a long time ago and we didn't want to judge Andray by what happened, but on his performance and his attitude and his committment. I was really happy with his approach to joining a team on such short notice and really fighting out there with the rest of us."

As far as Andray the player, we knew we were getting. A 6-11 guy who could play inside and out and give us and presence in the middle."

Which he did. In all likelihood, Blatche will end up the top rebounder at the World Cup and the second-best scorer behind Minnesota's Jose Juan Barea.

Philippines, who had not played in the big stage of FIBA basketball since the 1978 World Championship, would welcome Blatche back with open arms.

"We would love to have him back. I think by his performance and what he showed to us the last month and a half, I think that spoke highly about his character and his work ethic with us."