Tom Thibodeau: "It's good to have pro players at the World Cup"

Tom Thibodeau: "It's good to have pro players at the World Cup" 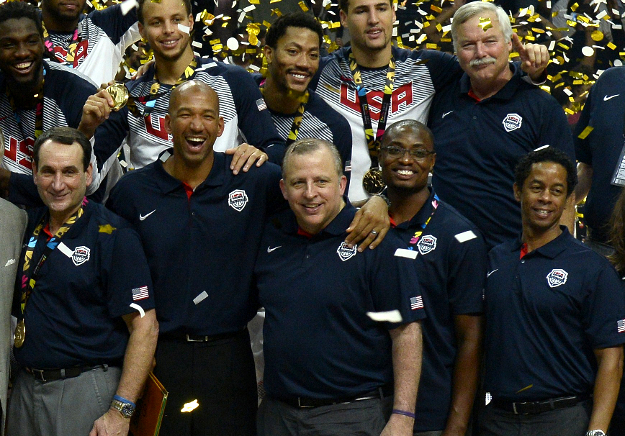 Team USA stormed through the World Cup in Spain and it seems the USA Basketball program is way ahead of the rest like 25 years ago. Do you think it's time to use the World Cup as a platform for the best NCAA players or young NBA players?

Tom Thibodeau: You know, I think you go through different cycles. I think the international players have done very, very well in our league. We played well in this tournament, but Spain was playing great, but they had one tough game and they lost. There's a lot of good teams. France is very good, Argentina is good, Brazil is good, and I'm sure I'm leaving somedbody out… Every year is different, so I think to make a broad statement like that… I don't know. I think it's good for the game to have pro players playing the World Cup. I think it makes it better for everybody.

Even though Spain has been a huge disappointment, you've got to be happy about Pau Gasol, who was named to the All-World Cup Team.

TT: Yeah, we're excited to have him. Obviously he was a little disappointed about how it ended but up to that point [the game against France], I think Spain was playing very, very well. I was pleased with the way Pau was moving and playing, and I know how important this tournament was to him. What Pau has done in the NBA speaks for itself. He's been a great player in our league for a long time and I'm excited to have him.

Pau will give you endless options on the offensive end. What do you like about him defensively?

TT: I love his length, shot-blocking, rebounding, his intelligence… Pau helps the team in so many different ways. He makes other people lot better. Offensively, defensively… We're going to be very long up front. We have Pau, Joakim [Noah], Taj Gibson, [Nikola] Mirotic… So we're going to have good size up front. We have great versatility, lots of combinations… We can play Taj and Pau, we can play Taj and Joakim, Mirotic and Pau… There's a lot of versatility to our frontline and quality depth, which I think it's important.

What about the backcourt?

TT: One of the things we wanted to address is that we wanted to add more shooting to the team. And I think with Mirotic and [Doug] McDermott, we've done that. Also, Aaron Brooks is a guy who can really shoot the ball as well… Also Mike Dunleavy, Jimmy Butler… We really like our team a lot. The challenge for us will be how quickly can we get everyone on the same page. That will be the big challenge for us to start.

What do you think about Derrick Rose's performance at the World Cup?

TT: It was a great way for him to come back; high level of competition. We knew there would be some ups and downs because of the amount of time he's missed. He really hasn't played for over two years. So physically and mentally he's doing great, he's moving great, he feels great, he played five games in six days extremely well, he's practiced well, his timing is not there yet but that will come. Overall, it was a very good experience for him.

So it's still his team.

TT: Oh yeah, yeah. Derrick will be terrific. He just needs to play, he needs to play more games. It will be a process that he has to go through.

Now you'll have to face a brand new Cavalier team in the East.

TT: Cleveland is going to be terrific. Obviously when you get LeBron [James], it changes your team. And then you have Kevin Love and Kyrie [Irving]. That's a lot but they have more than that: they have [Anderson] Varejao, Tristan Thompson, Dion Waiters… That team is very deep, very talented, and what LeBron brings to that team, it will change it dramatically. 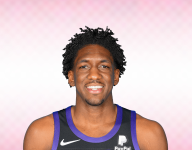 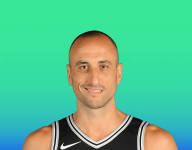 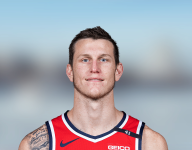