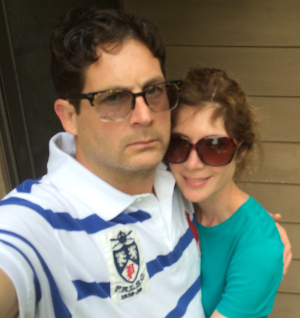 Between 2004 and 2008, Seth Ferranti wrote for HoopsHype about talented basketball players doing their thing all around the country. He told the story of guys that he knew real well, whom he had watched play multiple times.

There was something different about those players compared to those that typically appear on this website: They were in prison. And so was Ferranti himself.

After two years as a fugitive, Ferranti was captured and convicted of running a criminal enterprise that dealt in LSD in 1993. A first-time, non-violent offender, Ferranti has spent the last 21 years of his life behind bars. But that's coming to an end now.

Although technically not a free man until January 2015, Ferranti is now allowed to leave prison for extended periods and is already working two jobs in St. Louis, Missouri. He spoke with HoopsHype about his new life, his years in jail and his future projects.

How do you feel now?

Seth Ferranti: I am good. I have been racing around like a maniac working two jobs and trying to get time to see my wife and work on my writing stuff, but with the severe restrictions at the halfway house there is hardly any time to do anything. You would think that after I did 21 years, I could get some type of freedom, but they want to keep me under their thumb and monitor everything I do. But it is better than prison, of course. I feel good and I am alive and I have lots to do and am staying busy.

How is a typical day in your life at this moment?

SF: I am getting work passes from the halfway house mostly, so I wake up and do laundry or work out and then I go to work as a courier at a legal firm from 9 to 1 on my work pass. I go back to the halfway house and sign in on that work pass and chill for a little – maybe catch up on some letters or check out Facebook or Instagram and then I go back out on another work pass for my evening job at an Italian restaurant, which I have been working 4 to 11. Then I repeat that process every day except when I have time off, which isn't very often. But I like to stay busy and I see my wife when I can. I also go to drug treatment twice a week and every time I go in the halfway I get breathalyzed and I take a urine test once a week too.

Not missing anything from prison. I was so sick and through with with it. I am glad that I have moved on and have finally resumed my life. 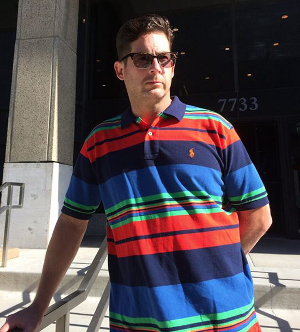 How were those final days before being able to leave prison?

SF: It was beautiful. There was so much anticipation. Prison is so boring and life outside is so exciting. My mind is like running in a million directions now. There's so much going on. I just couldn't wait for it to happen. The sense of excitement was so big that I couldn't even sleep. I was working out a lot so I would get tired and get at least 3-4 hours of sleep. I was also trying to get myself ready for the outside world and all the new tech things. I was reading Dummies guides for Facebook, Twitter, smartphones, etcetera, and visualizing what my life was going to be next.

Everything has changed so much. It's funny to see people walking like zombies looking at their phones… I told my wife about this and she told me I was becoming one of them actually (laughs).

How therapeutic was writing while you were there?

SF: Very therapeutic. Plus it helped to keep me busy and out of the mix and drama that goes on in prison. I liked to write and found I had the ability to craft things that people wanted to read, so it was great for me and it was a way to vent and to channel my anger into a positive pursuit.

Now focusing on basketball. How big of a deal was it in there?

SF: I would say dudes took the games very seriously. There were stabbings over games all the time or beatings or fights or whatever. I remember seeing dudes get knocked out during the games and if dudes' homeboys were in the stands… it was on – like a mini riot or big gang fight right in the gym on the ball court. It was a spectacle for real. You never knew what was going to happen. It was excitement. Prison is so boring, so you are always looking for the little intrigues and dramas and stuff like that. Watching and playing were big. Big games would be talked about and debated for weeks before they happened and every prisoner thought he was Stephen A. Smith from ESPN making his point and argument on who was going to win and why.

Would the drama at basketball games happen from time to time or consistently?

SF: There was consistent drama on and off the court. I would hype everything up with the little accounts and newspapers I was doing on the compound for everyone to read. We created our own little world and made prison exciting for something other than drugs and gangs and smuggling drugs and who was in the hole or who got stabbed. We made it fresh and hype and positive somewhat. At least, more positive than what was going on everywhere else in the prison. 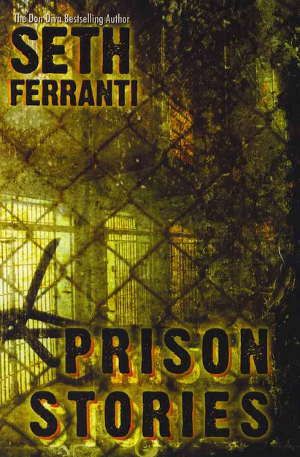 How much did you enjoy writing about basketball compared to other topics you have touched on?

SF: I really enjoyed writing about prison basketball. It was hype, it was exciting, it was real and live and I was right there. I felt like I was doing cutting-edge journalism or I was on the frontline of a war. To see the battles and meet the personalities and to see the talent behind the fences was incredible.

You wrote about a bunch of players. Do you know the whereabouts of those guys now?

SF: I talk to some regularly, like Ron Jordan. I was just talking to him the other day. Some of these dudes are not only dudes I wrote about, but they are my good friends. I don't know where the majority of the dudes are, but I call some and hear about others.

SF: Ron Jordan is doing good. He has been out of prison for a decade. He is working and running businesses and started a family. There is still interest in his exploits to this day. There has also been talk of making his life story into a movie. So we will see. But he is doing good and me and him still reminisce about those days and the games he played and the hype and all that went down.

Were those players able to read what you wrote about them on HoopsHype?

SF: I would get printouts of the pages and interviews and pieces from HoopsHype and get them sent in and give them copies and sometimes even make copies for them so that they could send them out to their people. The guys were very proud of the pieces and wanted to show them off. They would keep them on them and let dudes read them all the time.

What's going to happen with your media career now?

SF: I haven't really had time to do anything, but I am going to a Level 4 this week and should start getting more rec passes so that I can get on the computer and start doing my writing stuff and start reaching out to people and doing interviews. I am going to keep writing and I want to start doing more visual stuff also. I want to learn Apple Final Cut and Adobe Photoshop so that I can manipulate images like I manipulate words. That is what the future holds for me – films and documentaries. It has been a long time coming, but I am finaly here. Running my career from prison was like working with handcuffs on, so now I am free and the world will be able to see what I can really accomplish.