Antoine Walker was (half) right

Antoine Walker was (half) right 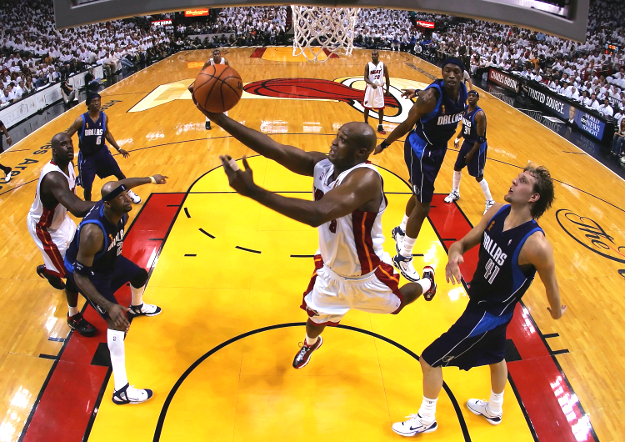 Throughout his playing career, Antoine Walker was always something of an object of ridicule. Rightly or wrongly, this happened.

The fearsome, unrelenting uniqueness of watching him play was precisely why. For all his talent, particularly his prodigious handling and passing skills for a big man, Walker became best known for shooting three pointers.

Toine was not a Josh Smith-like shooter out there. However, it was closer than it should have been. Walker's career 32.5% three-point shooting mark ranks him 217th on the list of players with over 500 career three pointers made, nestled in between Stephon Marbury (216th) and Baron Davis (220th).

And considering there are only 232 players who have hit at least that many in their career, this is not a strong placement for Toine. What further separates him from the good shooters on the list was the sheer volume of attempts – of those 232 players, Walker was 16th in total attempts, but only 26th in makes. He was not quietly inefficient. Indeed, he was never quietly anything.

For two seasons in particular, Antoine's three-point volume was ginormous. Walker hit 221 of 603 three pointers in the 2000-01 season (both leading the league), and 222 out of 645 the following season (second in makes only to Ray Allen, and again leading in attempts). This was the era of the three-point explosion – whereas in 1997-98 the 29 NBA teams shot a total of 30,231 regular season threes, that number had jumped almost 20 percent in the 2001-02 season to 35,071, led by Jim O'Brien's Celtics team willingly fuelled by Walker.

That Celtics team and its 1,946 three-point attempts led the second-highest placed team (Orlando with 1,660) by almost 300 attempts. Although that league-wide number pales compared to the 52,974 regular season three pointers shot by the 30 NBA teams last year, it was the highest of all time at the time, and evidential of a trend towards increasing the speed and the scoring of the game.

Antoine was at the forefront of that trend. Pioneer or coincidence? 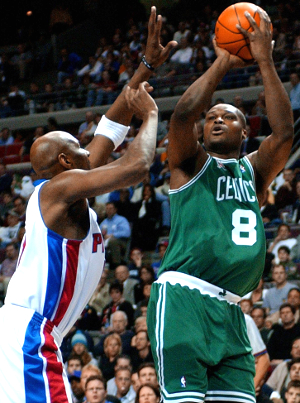 The sheer volume of Walker's three-point attempts compared to his peers cannot be understressed. In the 2000-01 season in which he led the league in both makes and misses, only three other players with more than hundred makes could be accepted as being actual 'big men' (Tim Thomas, 107; Rashard Lewis, 123; Dirk Nowitzki, 151).

Those 151 makes were the most Dirk ever made in one season of his career before he largely put the three-pointer to bed, and Peja Stojakovic, a poster boy for shooting forwards, only twice made over 174 three-pointers in a season himself. It was not the efficiency, consistency or the beauty of Walker's three-point shooting that resonated or pioneered – it was the sheer bloody mindedness. As he amusingly, succinctly and yet so accurately put it himself, he shot so many threes because there were no fours.

Antoine is mocked for that comment, but it was absolutely the right idea. We live in an era of the NBA now whereby offensive efficiency is the most important thing, and offensive efficiency is determined by maximizing the number of points per shot. It is a simple piece of logic to conclude that a great way to do this is to take the shots that are worth more, as well as shots that are easier to make. In this respect, Walker was at least half right.

Had Antoine actually been consistently good at that which he consistently attempted, he would have been a sabermetrician's ideal offensive power forward. It is not merely the threes – it is the point forward role, the second primary playmaker from an unconventional position now so coveted, the latent but steadily growing realization that post offense does not really matter after all.

Walker embodied the occasionally termed 'European style power forward' role now increasingly in vogue, in a league where the Kurt Thomas and Tyrone Hill style power forwards are being squeezed out for the Ryan Anderson and Channing Frye types. Talents who defy convention, who bring efficiency and production, and whose 'softness' (perceived or otherwise) is offset by talent and results.

And yet, Antoine is often not thought of in these complimentary ways. He was a gimmick, a novelty of a player considered a frustrating and enigmatic waste of talent. It did not help this perception that, in retirement, Walker has become synonymous with financial mismanagement. This does not help a man's standing when evaluating his legacy and his reputation. Nor did all the wiggling.

Nevertheless, Antoine was in a sense ahead of his time.

Antoine certainly was not the first stretch big in NBA history. He was not even the only or best stretch big on the very Celtics teams in question, a top honor belonging to the permanently tremendous Walter McCarty. Walker also could have done far more to maximize his impact on the game on the defensive end, rather than always resort to his time-honored technique of keeping one hand on the opponent, lowering the opposite hand below the waist, let him get past and then swiping at the ball fast with the lowered hand. But what Antoine did do was simultaneously raise and lower the bar for the concept. He made the stretch big not just a spot-up player, but a creator of offense, and, with Jim O'Brien's consent, a focal point. Logically, if not aesthetically, it makes sense.

Of course, not all three pointers are created equal. There is a big difference between a corner three point shot by a quality shooter off of a defense-collapsing drive-and-kick play (good!) and a contested 30-footer off the dribble from the wing or attempted banked leaning 25-footer between two defenders ('Toine). Although Walker's knack for arching his body into a C shape helped him with the extra long long range shots – seemingly the reason he found them so effortless while never really jumping – he never had much natural shooting rhythm, as his ugly tank in the three-point contest serves as testament to.

Antoine's streakiness and predictability in his entirely undemocratic shot selection further hindered his effectiveness in the role, and all in all, for all the makes, teams wanted Antoine to shoot. And they knew he would.

Therein lies the Antoine Walker dichotomy. It was all the wrong player doing the right stuff in the wrong way. There were no fours, and there still are no fours, but there is also now no Antoine Walker. There are merely a lot of players you hope will get close. There is, however, a new understanding of offensive efficiency, and perhaps ironically, the strikingly inefficient Walker embodies the shift in the paradigm. 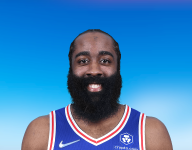 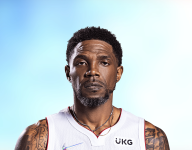 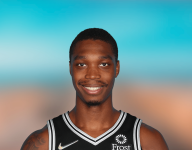 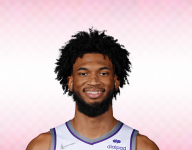 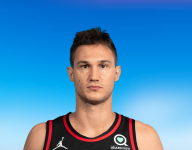 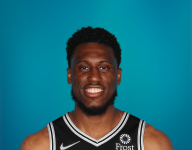 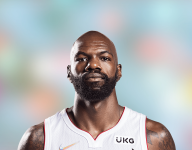