Which star's comeback will be the most intriguing?

Which star's comeback will be the most intriguing? 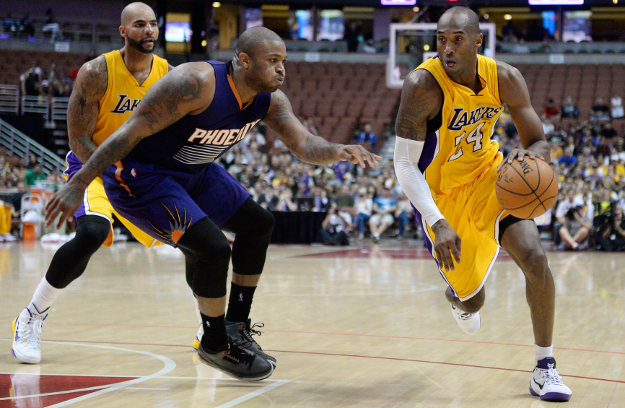 Kobe Bryant, Kevin Durant, Derrick Rose and Rajon Rondo have all been dealt career detours due to injury. When stars go down in today's NBA, it can be devastating because the salary cap limits a team's ability to resurrect quickly.

It becomes a tricky situation that puts teams in a position where they don't want to send the wrong message to the injured star and create hurt feelings.

The process can be slow and painful. When it happens, teams wonder if they should rebuild or surround the returning star with new blood.

Lakers, Thunder, Bulls and Celtics have reacted in different ways to the injuries of their stars. We'll see how it all plays out. What we know for sure if their return from injury is must-watch TV.

He's 6,687 points away from doing something Karl Malone and Michael Jordan could not do and that's last long enough to catch the all-time leading scorer Kareem- Abdul Jabbar.

Kobe entered the league at 18 years old and is now going for his 19th season. He has played in 1,245 regular season games and 220 playoff games, which is like two and half more seasons. Regardless of age, that is a lot of mileage on a player that wants to score every minute he is on the floor.

Kobe is breaking down at a normal pace because 45,567 minutes means his body was due for trouble. An Achilles tear in 2013 ended his season and a broken kneecap in 2014 cut down a successful return. It did not deter the Lakers from giving Bryant a massive contract extension, though.

I am intrigued to see if Father Time can succumb to arguably the most dedicated and relentless basketball player that has played the game. I understand why the Lakers extended Bryant, but they refuse to admit it was not done with the intention of winning more championships. I believe it was all about marketing and bridging a gap until they can attract superstar free agents again with the guarantee Kobe will not be around to intimidate and dominate the landscape of the team.

Prediction: Kobe will prove this season he can still score with the best of them, but the Lakers will finish near the bottom of the Western Conference and Kobe will struggle health wise as old men do in this game. 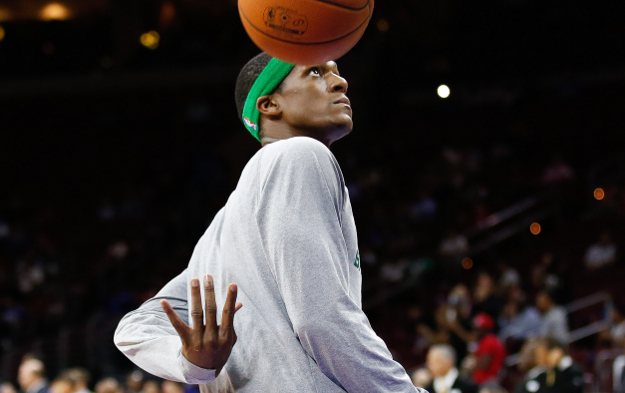 Rondo is finding out that it is hard to be the lead guy without stars around you. The Boston Celtics are floundering and trying to get back to prominence, but based on what we are seeing it's going to be a long time before making the playoffs is a realistic thought.

Rondo is a facilitator, but he needs All-Stars and scorers around him to excel. He is a tremendous all-around player with a myriad of skills distributing the ball and rebounding.

I am intrigued to see if he can be a threat to score and finally defeat the injury bug that has caused him to miss 139 games over the last four years. That should worry a team that would like him to carry an even heavier load when back in uniform.

Prediction: The Celtics will showcase Rondo this season and hope he stays healthy. Then they will not waste any time getting him out of Boston. He is only a star if he is on a talented team and Danny Ainge knows it. 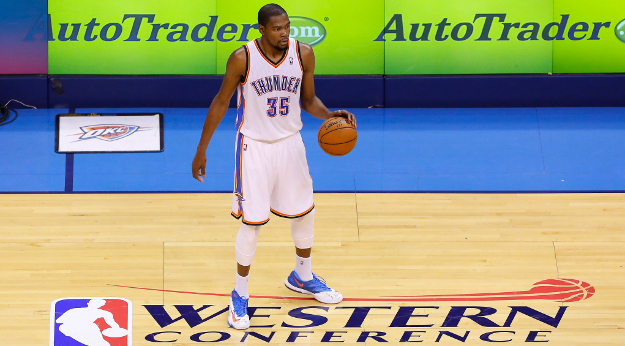 KD is probably worried that Brook Lopez can't defeat his foot problems and I am sure he is wondering if Russell Westbrook can carry his team for eight weeks. Durant decided not to play in the World Cup and in hindsight it was the perfect decision because he would have made the injury worst.

This injury is serious and important because we're talking about the MVP here. The Thunder will err on the side of caution and rightly so. There is too much at stake concerning Durant.

I am intrigued on how patient Durant will be since this is his first serious injury. I am also interested in watching Westbrook lead the team in his absence.

Prediction: Durant will recover and return later than sooner, but he will find the Thunder struggling to win consistently because Westbrook can't raise the level of his teammates despite scoring 25-plus points per game. 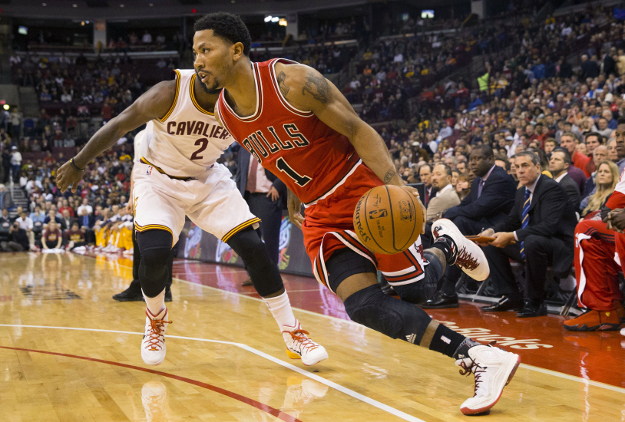 At 26, Derrick Rose is entering his seventh season and has missed 197 games over his last three years. He is indeed without a doubt the most intriguing NBA player coming into this season.

After winning the MVP Award in 2010-11, it has been a downhill roller coaster ride for Rose. The way he plays the game and the way he throws his body into the fray has been a concern for many in the Bulls organization. Will he tone it down after two major knee injuries?

Rose has looked good during the preseason and the Bulls seem to be the biggest obstacle to a fifth straight LeBron James trip to the Finals. But it is plainly obvious it cannot be done without Rose in the lineup contributing consistently.

The biggest question to me, though, is whether he will distribute the ball and blend into the team without trying to put up MVP numbers. The Bulls are loaded and Rose wanting to return with an MVP bang will hurt more than help.

Prediction: Rose is young enough to overcome his devastating injuries and will have a fantastic season. He will not play 82 games because his body is not in shape yet for a long season plus playoffs. He will establish himself as a Top 10 player again and put the past few years behind him.