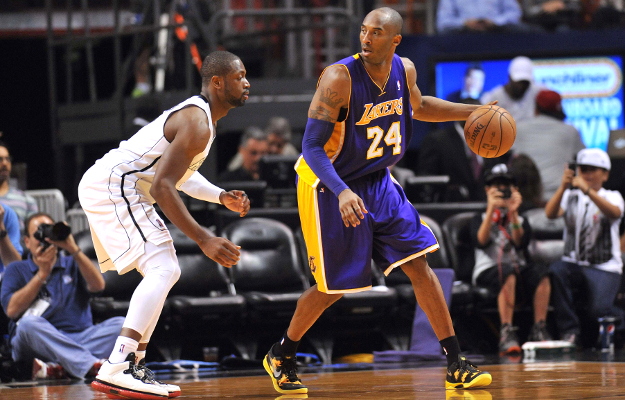 I have totally redone my yearly Top 25. I must say it was more difficult than ever before to put the list together because there's great parity after the Top 3.

The game has changed tremendously in regards to analytics and how players produce. The drive and dish for the three-point shot is the offensive choice for most teams and if you can draw fouls or score at the rim in the process, you are deemed a valuable asset. Also, if you are a big man that can face the basket and stretch the defense and rebound, then also you are indeed considered high caliber.

This list is littered with those types of players and unfortunately I had to leave off a few that will be challenging to be included by season's end – DeMarcus Cousins, Eric Bledsoe, Goran Dragic, John Wall, DeMar DeRozan, Gordon Hayward, Kyle Lowry and Rudy Gay to name a few. I know with any list questions and arguments will abound and yours truly will not hide in responding at the comments section.

Beast in the paint with great touch. Reminds me of Alex English with that incredible size. Throw in the offensive rebounding reminiscent of Moses Malone and you get a consistent threat every minute on the floor.

A four-quarter scorer who is unafraid to fail in crunch time. Field goal percentages and defense need drastic improvement, but Lillard undoubtedly will become one the top point guards in the league very soon. 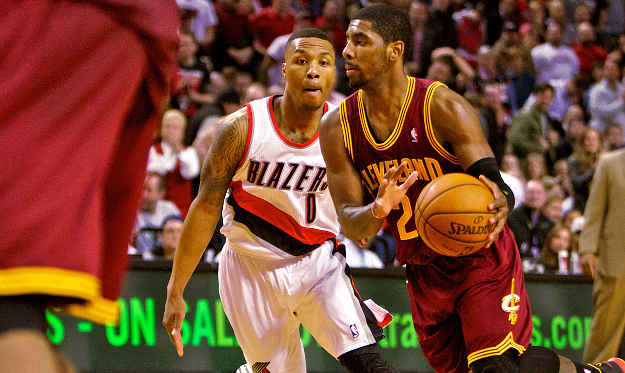 Great handle with solid offensive skills, but needs a serious upgrade when it comes to defense, passing and overall knowledge of game from his point guard position. Playing with LBJ should help speed up the process (if he listens).

Best array of shot-making in the paint and best post moves of any guard, but injuries and age are starting to take a toll on his body. LeBron allowed Wade to rest the last few years, but now he will be needed consistently every night.

Injuries have forced one of the most committed athletes in NBA history to play below the rim, but what we are seeing is the greatest perimeter footwork in the NBA. Kobe's ranking has fallen, but quite an accomplishment to still be a top player at 36 years old and with 18 seasons in the league. 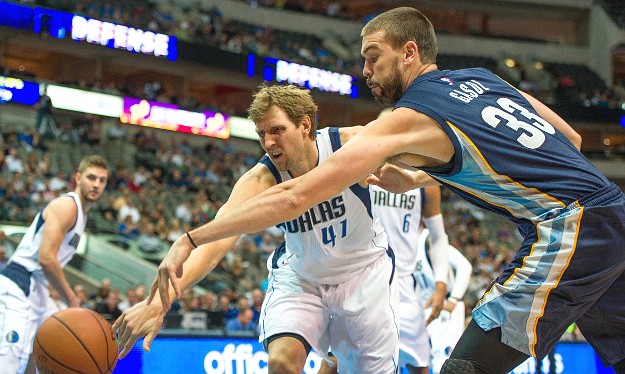 Marc is the most skilled big man in basketball and has a tremendous defensive mindset. He has slimmed down an looks much quicker, which means more problems for opponents. When he is making mid-range shots, he is impossible to stop.

Quickly becoming best two-way big guard in the NBA. Lethal perimeter game. Defensively he might be quietly moving toward the top of the charts. His on-court focus and demeanor make you cheer for him.

Best defender and big man motor in the NBA with improved offense. Can help the Bulls finally get out of the Eastern Conference this season. Outstanding leadership and commitment to the team.

Still the best big man perimeter shot maker in the NBA. He can't play heavy minutes anymore, but if you get him into the fourth quarter in a close game he will get you a win most nights.

One of the most versatile power forwards in the NBA. Can post, dribble and shoot with range. Gets his chance to prove that he can still carry a team now that LeBron is back home in Cleveland. 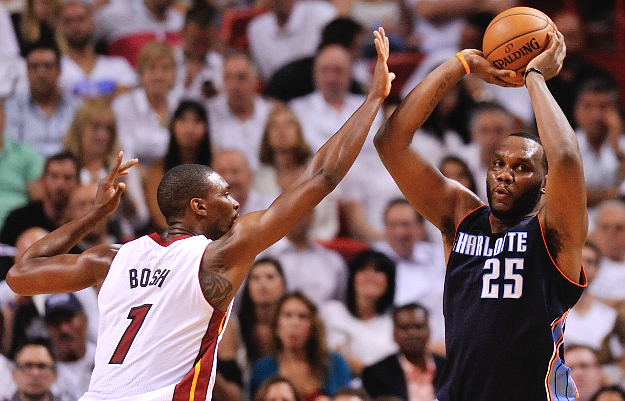 Best player in the league at drawing double teams in the post with his lethal post moves. Jefferson has found a home in Charlotte and a coach in Steve Clifford that caters to his skill set and it makes him dominant most nights.

Duncan is a tremendous defender and winner with great heart and desire. The best leader in basketball from the frontcourt position. We will never know how good he is stat-wise because he is so selfless.

Lethal post game and consistent rebounding translate into wins. He has improved every year as a pro. Has learned to lead and win and that has put him on the map. 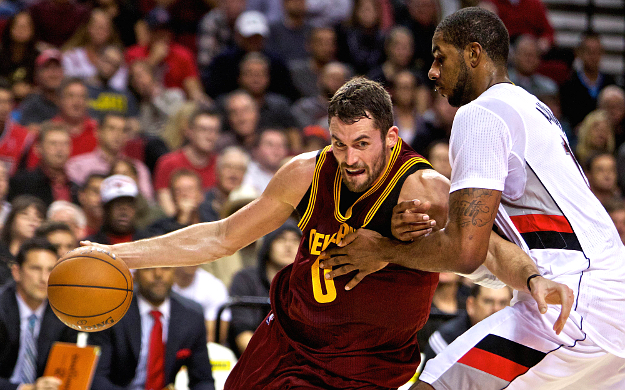 Best rebounder and outlet passer in basketball, plus he stretches the defense with that great perimeter shot… But will he prove he can win big? Demeanor at times looks deflated when things don't go well, but is as consistent as any player in the league over the last few years.

Top all-around scorer in basketball, but leadership and winning mentality not up there yet. The Knicks have given Melo the team and now they want more from him.

The most underrated player in the NBA in the last decade. All he does is score, defend, lead and win championships. I would take him before any point guard in the league if I were focused on championships.

He is the best offensive guard in the NBA because he gets to free-throw line consistently and has unlimited range. Has focused on improving defense and rebounding and that might elevate him more in the rankings. 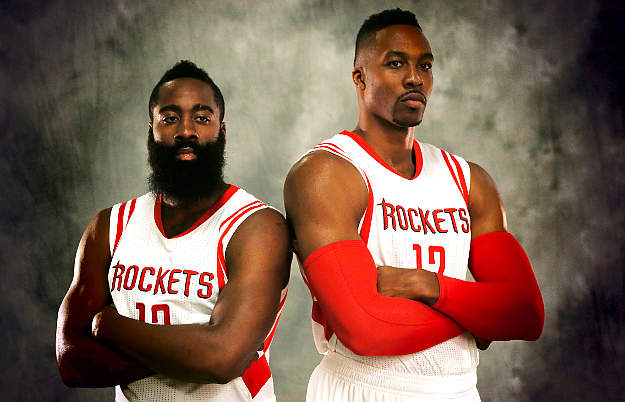 Most physically dominant big man in the NBA when focused and healthy and no one is close when he is right. Infectious attitude and smile, which allows teammates to stay confident. Seems to be on a mission this season.

Video game offense blows a game wide open. Has become a very good facilitator of the ball as well. He just keeps getting better and is probably the most exciting player in the NBA when he has the ball in his hands.

Excellent two-way guard that can change a game on both ends whether it's scoring or defending. Best athlete and motor in the NBA, I would love to see if he could function off the ball, but regardless he is must-watch TV.

Blake is the best above-the-rim player in the game with improved offense and free-throw percentage. I marveled last year at how much he improved as an all-around basketball player when Chris Paul was out with injury. 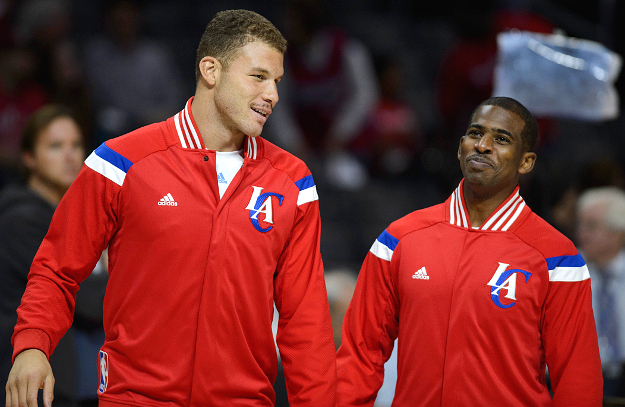 Paul is the premier point guard in the NBA. He needs to advance to Western Conference finals to solidify ranking, though. Has the full point guard leadership package, but can he carry a team on his back?

Scoring, rebounding and defense are oustanding for a guy that's just 21. Potential is just scary. By the time he's 30, he will probably have several MVP awards.

He is the top scorer in basketball in regards to the perimeter game. His leadership is Top 3 and his defense has improved immensely. Although out with a foot injury, he still warrants second place here.

Best all-around basketball game in the league to go along with the best body to get it done. Struggles will test him in Cleveland, but all he does is win and he might take a clean sweep of the MVP award this season.