Amare Stoudemire: "The next phase in my career is to win a championship"

Amare Stoudemire: "The next phase in my career is to win a championship" 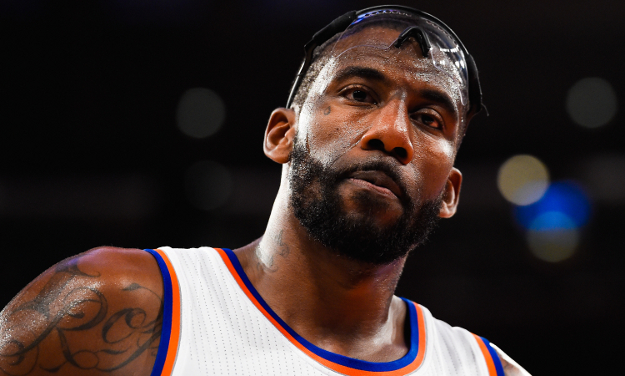 First of all, let's talk about your new project, Beyond The Lights, which opens on November 14. What was the main reason for you to produce this movie?

Amare Stoudemire: Well, Beyond The Lights is a special film. It truly is. It's a film directed by Gina Prince-Bythewood, she also directed Love & Basketball… So when I heard about this film I truly wanted to get involved. I've been involved in film from quite some time.

After watching the film, what is the thing that makes you more proud about it?

AS: There's so many underlying messages. Very intriguing, which makes it a great film, and I think that's why Gina chose to do films like this, because she actually has passion for it. In the film, Noni [Gugu Mbatha-Raw] is a great singer, she's winning awards and she is submerged into a lifestyle that she really can't handle or doesn't want to be a part of, but sex sells. That lifestyle sells, having that type of image sells, but inside is not truly her. So you get the chance to see who she really is as a character, how the industry can force you to do something that you're not. Also, Nate Parker [Kaz in the film] is a phenomenal actor and he did a phenomenal job as the lead male actor.

Is he an NBA fan?

AS: He's definitely an NBA fan.

Would you say he's more of a Lakers or a Knicks fan?

AS: [Laughs] I'm not sure but Nate and also Gugu will be at the game on Friday against the Jazz. Hopefully we can turn them into Knicks fans if we get a win that night.

If I'm not wrong, this is your third experience as an executive producer. The first one was Little Ballers and then you produced The Village of Peace…

AS: Yeah, my production company name is STAToshpere Productions.

AS: Well, yeah I kind of draw a line between basketball and film. They are two separate entities. Film is more of a strategic type of work for me. You've got to understand what the films are really all about. You've got to learn the lingo, you have to be on the set… Basketball is a natural thing for me. I grew up playing basketball since I was a child. Basketball does take a lot of work but film is a different challenge. Right now I'm focusing on basketball.

You and designer Rachel Roy teamed up to unveil a women’s fashion line, you also published the Cooking with Amar'e book… Can you tell us something about one of your next projects? 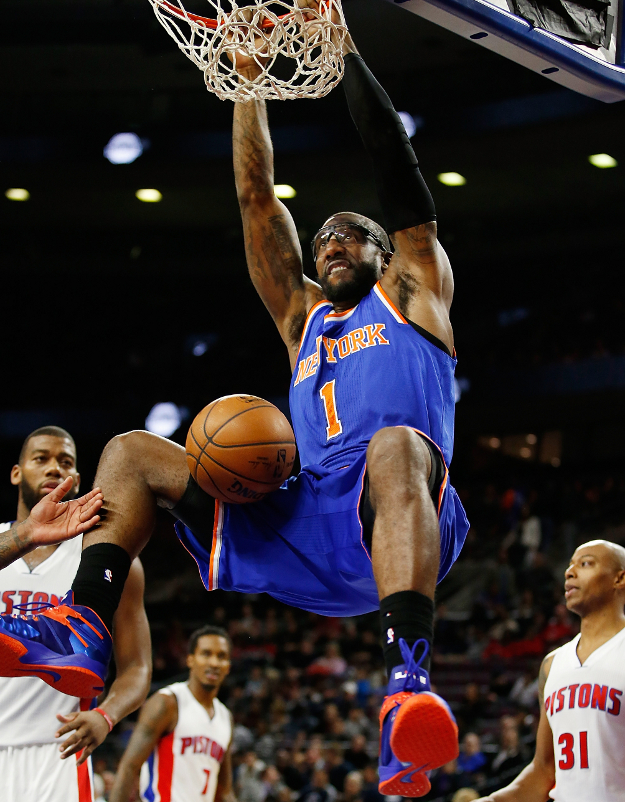 Let's talk NBA. At the end of the season you will be an unrestricted free agent for the first time in your 13-year career. How do you feel about it?

AS: It's something that I haven't thought so much about. I mean I know that decision is very important for the Knicks and we're trying to do something special here. We're trying to really make this playoff push and once we get there we kind of can go from there and see if we can contend for the ultimate goal… So that's my main focus right now. Really get better as a player, learn the triangle offense, get better defensively and rebounding, and see what happens from there.

But the winning factor, the thing about playing for a contender, would it be something important for you apart from the money?

AS: I mean I've accomplished so much during my career – six-time All-Star to Rookie of the Year to FIBA Americas gold medal games to bronze medal at the Olympics to All-NBA First team… I've accomplished a lot in my career… I think the next phase in my career is to win a championship. So I want to do whatever I can from a basketball standpoint to improve as a player, to get better on both ends of the basketball court, to be an intricate part to a championship-caliber team.

Kobe Bryant is playing his 19th NBA season and he has another year with the Lakers. Do you see yourself playing seven more seasons in the NBA?

The triangle offense. Can you tell us in which way this team and your game have changed since Phil Jackson and Derek Fisher joined the Knicks?

AS: It takes time, it takes repetition, it takes practice to really get the triangle offense. Once you figured it out you'll be OK.

What is the likelihood of playing for Hapoel Jerusalem or some other team in Israel before your career is over?

AS: I feel great now and being an NBA player is always the way to go. Hapoel Jerusalem is a great franchise, great organization, so one day… you never know what the future holds.

When was your last wine bath?

AS: [Laughs] My last wine bath was about the same time everyone learned and heard about my wine bath. You know, there's a different way I do my wine bath. It's not as the spas do it. I do it in a certain way that helps the rejuvenation of the legs and body. I'll reveal the secrets on how the wine helps with the rejuvenation.

Beyond The Lights, Interview