Catching up with Al Horford

Catching up with Al Horford 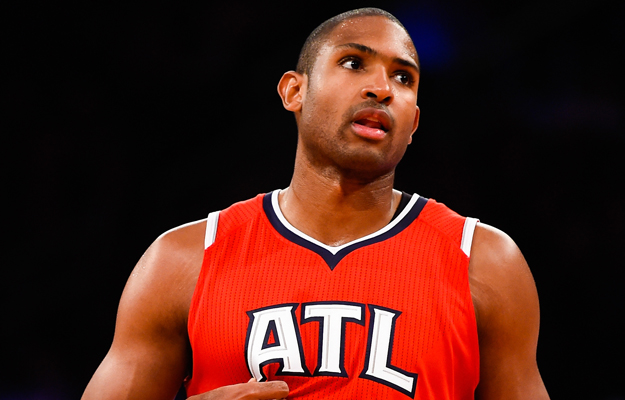 First of all, how are you feeling on the court after injuries in back-to-back seasons?

Are you 100 percent healthy?

AH: Yeah, yeah. I'm recovered. I have not played for 10 months, that's the problem.

What was the hardest part of going through this last injury?

AH: It was very difficult for me. The hardest part was not being able to do any physical activity. Two months of strict rest… That limited me a lot and it was very frustrating for me. Now I have started playing again and I just want to keep playing as much as I can and help the team win games.

Is the All-Star a personal goal?

AH: Like I said, my goal is to help the team win. I also know that individual success comes with the team success and the players that are surrounding me. But I'm not focused on that.

How is your relationship with coach Mike Budenholzer?

AH: I'm very happy with the coach, with Mike. His system is similar to the method used by San Antonio. I feel comfortable. I respect Mike and I know that we have to follow his method to improve. We will do special things sooner rather than later.

AH: At the end of the day it's the old system. We have different players, but the system is similar. Sure, we want to create our own identity. We don't want to be the 'Spurs East'. There are other teams with the same offensive system. We want our own identity, but I recognize that it is the Spurs' system.

Are the playoffs on your mind?

AH: The playoffs are the immediate goal, for sure.

What are the strengths and weaknesses of this team?

AH: We've got a lot of things to improve on, but the defense is the first thing we need to work on. We have to be more aggressive. On the other hand, one of our strengths is ball movement. The team is unselfish and extremely balanced. It is a collective effort and the best way to win is to work together as a team.

How did you feel about the recent trade rumors?

AH: Not to my knowledge, I didn't know that.

A recent Grantland article said the Hawks reached out to some teams and told them you could be had for the right price.

AH: No, I've never heard that rumor before. I'm just learning about it now.

Do you want to be a Hawk for life?

AH: Why not. I like the city, I like the direction the team is going and how good the organization is. We have the right coach and good players. The goal is to improve each year and to continue to rise to the top.