Reggie Jackson: "I am sure Westbrook thinks he is the best and I do the same"

Reggie Jackson: "I am sure Westbrook thinks he is the best and I do the same" 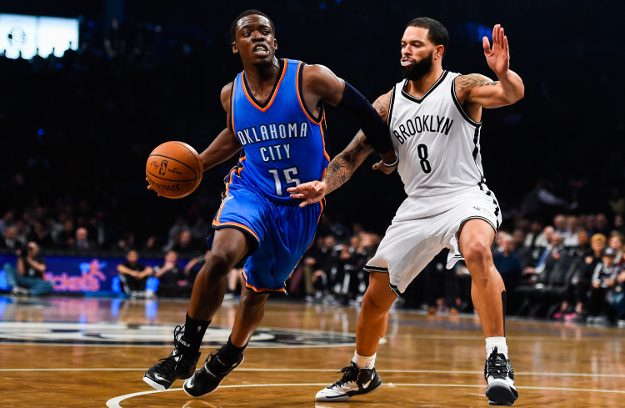 You have shown great improvement each year in the NBA. Where do you think your game is and what would you still like to improve on?

Reggie Jackson: Probably improve defensively, just finding my shot, just allowing myself to play offensively, figure things out, continue to be aggressive. Take the shots I feel when I am open and just starting to get rhythm when they start going down.

There have been times in your four seasons including this year when you were a starter after Russell Westbrook was injured. He has recently returned and now you are coming off the bench. Has there been a big adjustment from starting to being a reserve?

RJ: No. I just treat it as pickup basketball and go out there and have fun. The main thing to me about the NBA is you are better if you have less turnovers throughout your game, but besides that, it is the game I love, I go out there and enjoy it and take advantage of mismatches and be aggressive.

As a rookie you saw minimal time. How difficult was coming in and not seeing much action?

RJ: It was tough not playing. I understood it might happen, but I was as very optimistic that I could come there and play immediately. It didn’t happen, so I took advantage of watching other guys play and see what brought them success and I also watched what failed to work. I would sit down at the time with my assistant coach Brian Keefe, who is with the New York Knicks. We always sat down and discussed what we saw, how our team could improve and what we could take away from the good players we were watching that night. I was just trying to be aware before I got on the court, to have an understanding of what I could do with my game to help improve.

Not only have you shown steady progression in the NBA but the same thing happened at Boston College. You only averaged 7 points per game as a freshman. Some players would be dejected. It seemed like you either had extreme patience or confidence that you knew you would produce better results.

RJ: It was just confidence. Always believing I am the best player overall on the floor and just confident in myself. I always go in wherever I am, thinking I am the best player, knowing I am the best player. When I take the court it is on me to go out there and display it and I can’t be holding anything back. It’s not a mistake-free game and mistakes will happen, so you can’t focus on it and try to enjoy each play for what it is and move on to the next one. You go in with that mindset and understand you put in countless hours of work and just go out and have fun. I believe natural talent shows.

On many teams you could be seeing even more playing time. Do you ever think what it would be like to be a 40-minute player and the type of results you could produce?

RJ: No. I think I have had the chance to show what I could do in 40 minutes already. I played (big minutes) in the early part of the season so I am not really focused on it. Whatever I get each night, I am trying to do the most with it and try to help my team get wins. 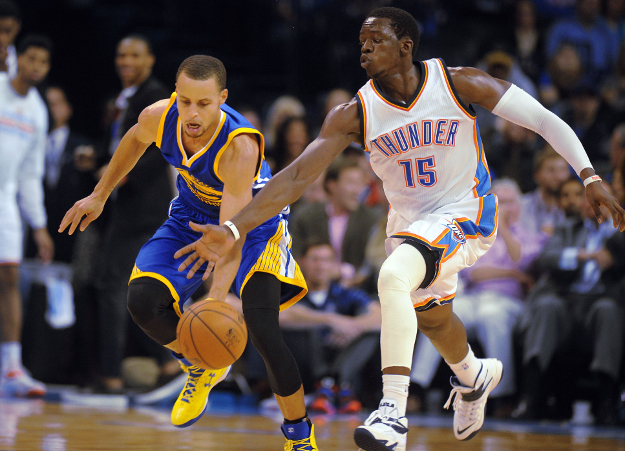 You were a double-figure scorer in each of the last two years in the playoffs. How much has the experience in the postseason helped you?

RJ: I stayed confident, tried to minimize mistakes and that is whether it is in the playoffs or regular season. You can’t play too tight and have to play with a certain looseness and be confident in your game and just continue to play. If I see an open lane, I attack it. If I see an open shot, I shoot it and try to make plays I have been making my whole life. I think I can make the passes I make. I just see it and do it. I don’t really necessarily feel I think too much. If you do that, thinking takes away split seconds which can cost you in the game. It might be a costly turnover or a shot you miss short or left or right so you have to go out and play.

When Kevin Durant and Russell Westbrook were both out earlier this season, did you try to do more offensively, knowing your team would need your scoring more?

RJ: No. I played a numbers game, played a mismatch game. That was all I was focused on and finding ways to help the team win, that was about it. My aggression came from that. If somebody else was hot, you try to go with the hot hand and try to figure out how to get them the ball. On defense, you are looking to make as many stops possible. It’s a simple game. You can’t think too much. You try to put the ball in the basket more than the other team.

You will be a restricted free agent after this season. Have you thought of that much?

RJ: No. My faith in God is that I try not to think about tomorrow and all I try to do is focus on today. Do as much today as possible. Tomorrow there is no guarantee so I am not worried about it. 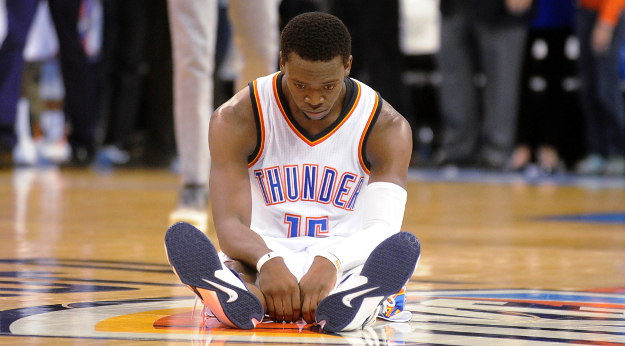 With Kevin Durant and Westbrook hurt earlier in the season, your team got off to a slow start, not the easiest thing to do in the Western Conference. How big a challenge is it to get back in the race?

RJ: We are good. It is going to take us time to figure it out and get clicking but I think we will figure it out. We have some games to play. Guys will get acclimated and back in their roles and get comfortable. Shots start falling and hopefully get some easier baskets. I feel like we’re doing alright.

How much has it helped going against Westbrook over the years in practice?

RJ: It has helped a lot. We got a dog in the fight. He is always competitive, I am always competitive. We both want to prove we are the best point guard each day we step on the court. Both believe in ourselves a tremendous amount. I am sure he thinks he is the best and I do the same, so I think once you get too aggressive, personalize it like that, it is fun. It makes both of us excel in our game.

What’s it like playing with somebody as accomplished as Kevin Durant?