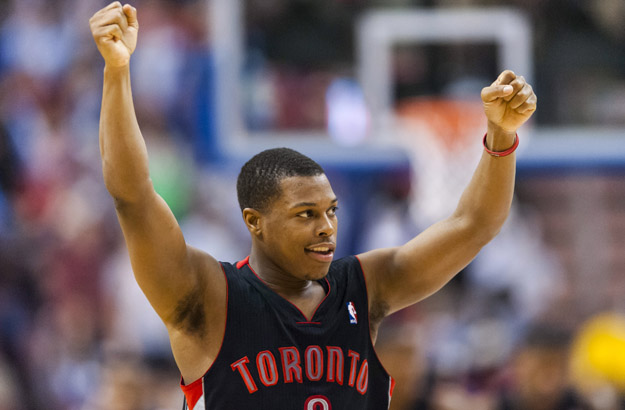 Kyle Lowry's NBA career has been all about quieting the skeptics. The Toronto Raptors point guard doesn't profess to care very much about what is said about him, but his play on the court has certainly silenced most of those dire projections upon his NBA arrival in 2007.

Lowry was widely criticized for leaving Villanova after just two years and a career 9.5 scoring average. Criticism of his game didn't cease during the early part of his career. In his first four seasons, Lowry failed to average double figures in scoring.

Yet armed with a bulldog mentality that was refined while growing up in Philadelphia, Lowry's career has been about persistence, perseverance and improvement.

And now he can add stardom to the list.

These days, his efforts are being hailed league-wide. Now in his ninth season, the 28-year-old Lowry was rewarded with his first All-Star appearance after being named an Eastern Conference starter by the fans. 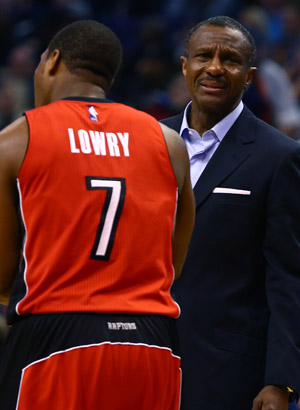 This year was a no-brainer.

When elected, he was averaging 19.8 points, 7.5 assists and 1.6 steals for a Raptors team running away with an otherwise weak Atlantic Division.

Upon hearing the news, Lowry had a natural reaction.

"I was yelling and screaming," he said.

In a way, that has been the way he has played during his career, running and screaming and fighting his way to the top.

Lowry says he never had any time to pay attention to any negative comments at any time during his career.

"I don't worry what people say about me," he said matter-of-factly.

He fits the prototype of the Philadelphia guard, tough as they come, with tremendous intelligence and leadership ability.

Lowry, who averaged 17.8 points and 7.4 assists last season for Toronto, had plenty of help in the election process. For one, Casey said he would get in a fight if Lowry didn't earn a berth.

"It's a good thing he made it because I am not a good fighter," Casey said laughing.

In addition to his coach, Lowry had celebrities such as Justin Bieber who took up his cause and urged fans to vote.

Lowry was truly touched by all the support he received.

"It was awesome just the support I got was amazing," he said. "I thank everyone who voted for me, the regular fans, celebrities, anybody who put their name on the line to try to get me out there. It was pretty cool."

Lowry is naturally humbled and appreciative of his All-Star selection.

"If I would have had it before, I would have appreciated it but now 28-years-old and Year 9, it's a testament of being with a great team and great organization and great group of guys who I get along with," Lowry said. "So for me to represent them at this time is perfect." 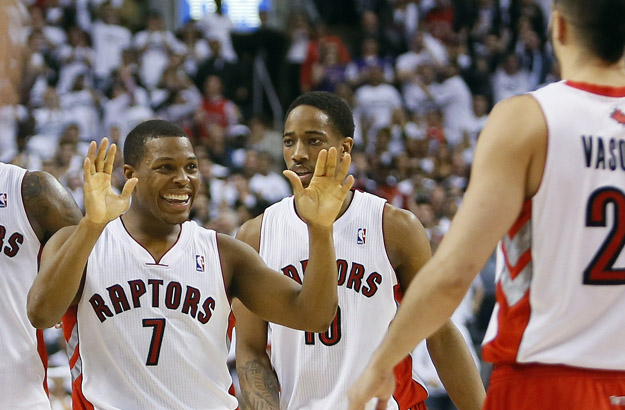 As with most rookies, he came into the NBA thinking he had many of the answers but realized over the years that wasn't immediately the case. In that light, the biggest change since he entered the league has been in his approach.

"Just growing up," he said. "Just becoming more of a professional, maturing, learning how to play the game and just growing."

While Lowry says he can't wait for the February 15 All-Star Game in New York's Madison Square Garden, he understands the bigger business at hand is gearing up for a run in the Eastern Conference. Toronto has slumped as of late.

"I think we got to get back on our groove and back into our rhythm and I think we have a chance to be very special," Lowry said.

What has been especially gratifying to Lowry has been how excited his friends, family, teammates and the fans have been about his All-Star selection. 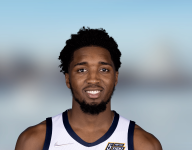