The curious case for Swaggy P

The curious case for Swaggy P 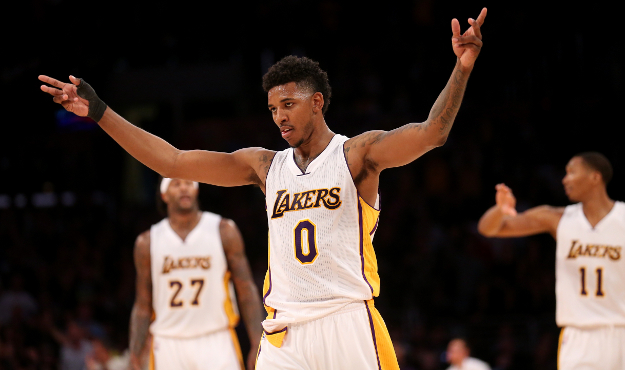 Swaggy P, Bean Burrito, The City. Can a player with more obscure nicknames than world peace ambassador Dennis ‘The Worm’ Rodman ever be taken seriously? Is there more to Nick Young than meets the eye? Is there more than the Hollywood Iggy dating socialite entertainment factor? That’s the question that needs to be answered. And with a player in which you never really quite know what is coming next, well, the answer might surprise you as well.

Nick Young’s love for the limelight and genuine love for life is clearly apparent. Graced by antics of goofing around with teammates or creating his own three-point celebration dance, it’s hard not to smile when Young has entered the building.

However, this is a far cry from where he came from. Young’s background is filled with heartbreak (one brother fatally shot while leaving his junior college class solely for being mistaken for a rival gang member and the other brother breaking down and being committed to a mental institution). As far as adversity goes, it sure doesn’t get much more difficult than that.

On top of that, the public perception and media scrutiny haven't been favorable to Young over the years. Basically he has been labeled the joker of the NBA. Terrell Owens and Manny Ramirez. Talented, but can’t be taken seriously.

In life, first impressions and labels are tough to shed. And when your life is defined on the basketball court, those first impressions go hand-in-hand. Especially when the label on the package reads: ball-stopper, circus shot taker, put-butts-in-seats but never a serious title contender player. Diminutive returns. Well, it’s time to scrap that label and mark the package return to sender.

With Kobe Bryant sidelined again for what looks like the remainder of the season, you are about to find out why Nick Young is much more substance than swag.

A box score and a stat sheet can be one of the most deceiving necessary evils in all of basketball. I’ll admit it, I’m a fan of analytics and use them with my NBA clients to show them exactly where they are most effective and most highly efficient from in all offensive and defensive situations. After all, the name of the game is gaining every slight advantage possible.

There are many front office management groups that have their jobs because of analytics and the in-depth numbers game that is played throughout the league. Not only that, but players will get hefty contracts based primarily on a controversial three letter analytical tool – PER (player efficiency rating).

But what happens when a player’s intangibles outweigh the tangibles? How do you truly measure a player’s importance in the locker room, morale building off the court, energy-uplifting on the court, basically the measurement of the overall Shane Battier Effect? 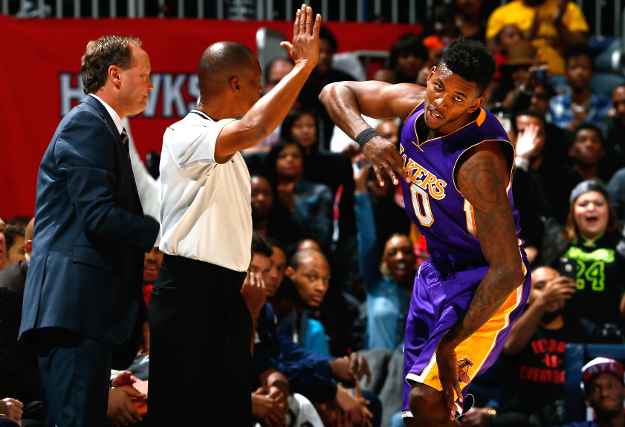 Enter Nick Young. The self quoted Michael Jackson, Prince, and all those guys rolled into one. Teammates enjoy playing with Young (even one of the most difficult players to play with in the history of the game: K-O-B-E). His infectious energy and ability to laugh at himself have kept what very easily could have been the biggest fan outrage and uproar to ever hit L.A. relatively calm and collective.

Sure, there is a sense of urgency in the Lakers organization and the positive effect of Young might not be shown just yet in the Lakers' overall W-L. But it will. When the Lakers assemble a roster that isn’t covering holes for the recent Dwight–Nash fiasco, the Nick Young effect will show its face. Just take a look at the sample size it has already hatched:

The Lakers started off the season 1-9 without Young. Overall this season, without Young on the floor the Lakers have won 16.6 percent of their games. With him, 44 percent. The near 30 percent win difference equates for one of the highest margins in the NBA and Young’s second highest win/share percentage of his career while carrying the load of his highest usage rate. I know a 44 percent win percentage isn’t blowing any doors of the hinges, but in Lakerland right now, anything positive in that glass half empty is a reason for hope.

Not only has Young been the X factor carrying the Lakers to an improved win percentage and a sense of togetherness on the floor, he has also improved his overall individual basketball maturity. Meaning, he isn’t taking as many bad shots as he has been known for in the past. Coming from a guy who has never seen a shot he doesn’t like from the moment he steps out of his car in the parking lot of the Staples Center, this is quite a feat. 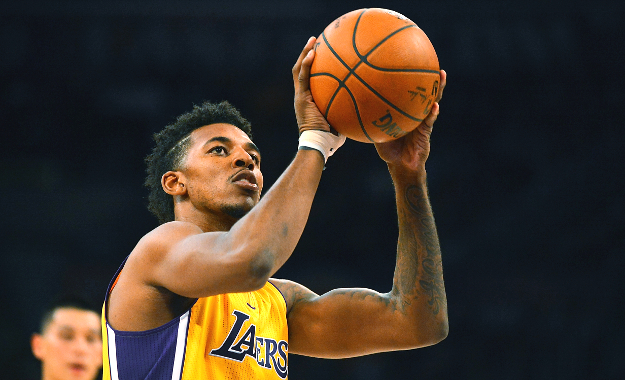 Call it basketball maturity or call it ‘no other choice when playing with Kobe’ but Young has developed a much better sense for his efficiency target spots on the floor. Nearly half (43 percent) of Young’s attempts are coming when the shot clock is in the 15-7 second range. This shows that the majority of his shots are attempted within the flow of the offense and during the meat of the offensive advantageous scoring options. A drastic improvement from the old, shoot-it-right-when-I-touch-it Nick Young.

Young has also developed a much-improved sense of efficiency and understanding of the importance of time and space. While he still needs to shift more of his attempts to the 4ft+ space range (shooting 41.7 percent there), he has cut down on the highly-contested attempts of the 0-2ft range (shooting 26.2 percent). As you can see (and hopefully Young does as well) he is a much higher efficiency shooter when he has time and space as his percentage continues to climb with the more breathing room he has.

Nick Young has silently transformed into a much more efficient player. In his top five primary offensive situations, he ranks at least at the 32 percent or higher. Currently, with a points per possession of 1.004 he ranks above the likes of Damian Lillard, Blake Griffin, and even the King LeBron James. Not bad company. He has cut down dramatically on unforced turnover situations (career low in bad pass percentages as well as offensive fouls).

Not only has Young been more efficient on the offensive end, but he has also made an effort to become a higher level defensive player. Young currently ranks in the top 8 percent of the league holding opponents to 0.74 points per possession. That puts him ahead of defensive forces such as Pat Beverley, Serge Ibaka, and Larry Sanders.

However, even with the increased offensive and defensive efficiency, don't think that Mr. Young will ever forget his roots and fully get away from what has made him a fan favorite – the art of hitting the highly-contested shot (like Mark Wahlberg occasionally getting on the open mic and laying down some Marky Mark tracks). Young ranks in the top 21 percent of the league in the contested ‘tough shot’ category and has put daggers into teams this season. Just ask the Spurs.

Call him whatever flavor of the week nickname you would like, but the substance in Nick Young outweighs the Hollywood swag. Whether it is the increased efficiency both offensively and defensively or the unmeasureable intangibles (he is the new Steve Nash of high-fives and chest bumps). Like it or not, Nick Young is here to stay. L.A., hop on and enjoy the ride!