Joffrey Lauvergne: Deal with the Nuggets next week

Joffrey Lauvergne: Deal with the Nuggets next week 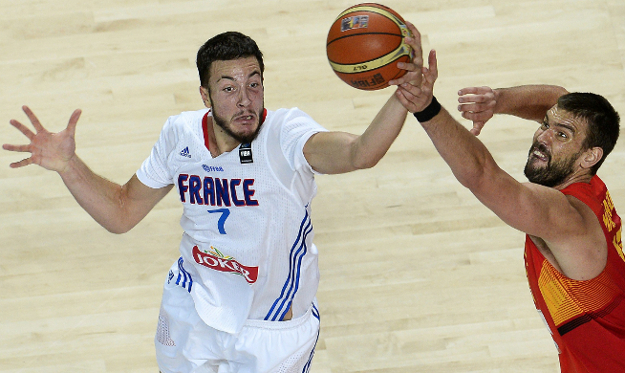 French big man Joffrey Lauvergne is expected to sign with the Nuggets next week, one source told HoopsHype. His contract for the rest of the season and 2015-16 will be guaranteed. Denver will have a team option in 2016-17. The 23-year-old power forward will make more than the minimum salary.

Lauvergne, who was selected by the Nuggets as 55th overall pick in the 2013 draft, was averaging 7.9 ppg and 4.5 with Khimki Moscow in the Eurocup before his departure from the team earlier this month.