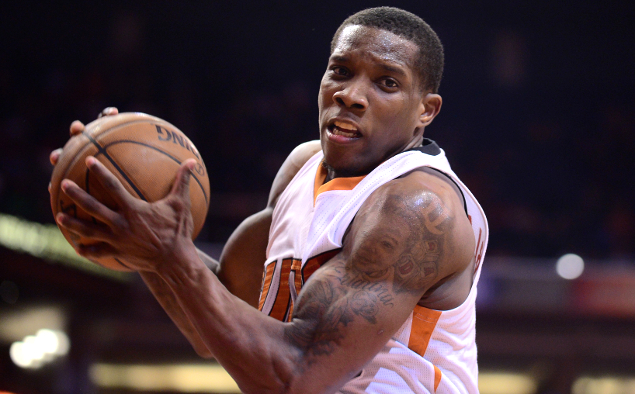 Fantasy owners should be cautious about using any player involved in Thursday's trade deadline frenzy for the next few days. There is a good chance they won't take the court for their new teams tonight, and it may take a game or two for them to become fully integrated into the rotation.

The Wizards are allowing the third-most points per game to small forwards, which is bad news with a rested LeBron coming to town. He is averaging 46.50 FantasyScore points in two previous meetings with Washington this year and should return from the break with a bang.

Bledsoe is averaging 35.60 FantasyScore points per game this year despite playing alongside two other offensive-minded guards in Goran Dragic and Isaiah Thomas. After both players were dealt at the deadline, Bledsoe will have the backcourt to himself against a Minnesota defense allowing the second most points per game to point guards.

"The Greek Freak" is averaging 40.00 fantasy points over his last five games, and with Milwaukee trading shoot-first point guard Brandon Knight for pass-first point guard Michael Carter-Williams, Antetokounmpo should see an even bigger role against a Denver defense allowing the fifth-most points in the NBA.

With G Tony Wroten (knee) out and Carter-Williams on his way to Milwaukee, Covington will have little competition for shots against the Pacers. He has topped 30.00 FantasyScore points in five of his last six games, and should provide solid production and some extra cap room again.

HoopsHype and USA TODAY Fantasy Sports offer daily fantasy basketball advice throughout the 2015 season. Play for free or for prizes at FantasyScore today.