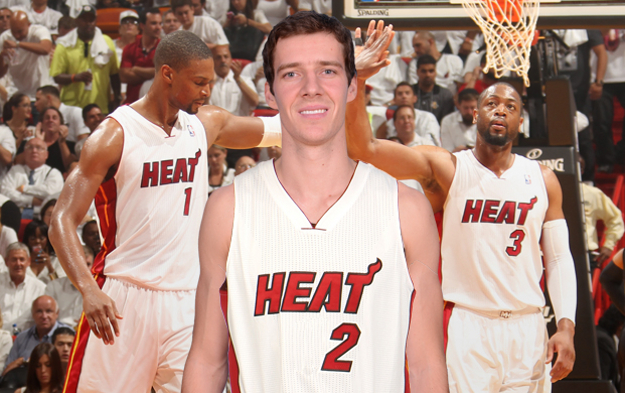 A record 39 players were moved in a hectic trade deadline day that changed the landscape of the NBA quite a bit. Many of those took to Twitter to say goodbye to their now former clubs and teammates.

This is what they tweeted:

Just woke up from my nap a #Piston #DETROITBASKETBALL!!!

I just want to thank the @okcthunder and the fans for all their support and nurturing during my career in OKC. It has been love since the

Beginning. I will never forget the bonds or memories made here in OKC and i wish the organization and the team nothing but the best. I have

Been blessed to be a part of the organization and community and there was nowhere better for me to grow as a player and a man. #ThankYouOKC

I would like to start off by saying Thank You to the State of Oklahoma for treated my family and I like Family and we Thank Yall so much!✊✊✊

We are going to miss this wonderful place and all of you guys hold a special place in ours hearts! ThunderUp for life ✊✊✊✊✊

Next I want to send a special Thanks to the Thunder organization and EVERYONE who works in the arena! I will never forget yall! My family

And I have a lot of love for all you guys and we will never take what yall done for us for Granted! Love you all! #ThunderFamily✊✊✊

Gonna miss the bro's!! @KendrickPerkins @rjOKCson_15 ..We made a lot of memories I will cherish the rest of my life!! #Brothers ✊💯

Once a thunder, always a thunder @KendrickPerkins! Love you boy!! Always!

Thank you to my fans, teammates and many friends in Phx!! You are what made #cluborange a 2nd home for me and my family! The Suns

had. Although my recent words came out harsher than I'd intended, I did feel it was time to find a better fit for me as a bball player who

who only wants to be the best and help my team in every way. I'm proud of my time in Phx & never want anything to take away from that or the

relationship I've built and will continue to build in the community.

NOW it's #heatnation time and I'm excited to bring the Dragon's fire to Miami!!

I want to thank the fans and the Phoenix community for making my time with the Suns something to be proud of! Thank you to the organization

for the opportunity and my teammates for the support and friendship. I'm eager for a new experience and look forward to contributing to

Losing teammates to trades or FA is never easy. I wanna thank Big Ham,Shawne Williams and Danny Granger for coming here to Miami and buying

Into our culture. To my Lil bro Norris. I love this guy for what he stands for as a person above all…your heart and grit can't be matched

And we will miss that part of you. I hope that you all move on and have great success with your new teams.. #Love

Seize the opportunity, BELIEVE and take control of it then get on your marathon and run until it's over with 🍀🍀🍀

I can't lie I'm shocked. I love this city thank you for everything. I can honestly say I gave it my all. I wish Philly nothing but the best

What I can say is I am excited to be a Buck! Time to work!

Good luck to my bros @KJMcDaniels & @MCW1. I hate to see the young fellas get traded but they are both going to great situations.

Sad to see @MCW1 and @KJMcDaniels leave…Good luck to you both. Bright future ahead of you young guns !

RT @JaValeMcGee34 DENVER ITS BEEN REAL I APPRECIATE EVERYTHING! LOVE TO ALL THE FANS… pic.twitter.com/a7HmX8hUYE

RT @JaValeMcGee34 DAMN I GOTTA CHANGE MY NUMBER… ANY SUGGESTIONS

A huge thank you to the @utahjazz ,my teammates, coaches and the amazing #JazzNation for the last four years… You were all awesome!

Also good luck to my brother @Enes_Kanter in OKC!

@denvernuggets just landed in Denver. Words can't express how excited I am to be here! Let's work baby! Where my Nugget fans at!

Thank you #RipCity !! It's been great to be part of this team, organization and city. I'll never forget these days pic.twitter.com/ln758HcxPC

Thanks @MNTimberwolves organization and fans for welcoming my family and I….. We really appreciate you all…..

Hello @BrooklynNets , can't wait for the new opportunity ….. my family and I are very excited and ready……#Nets

I think KG will have a new found energy playing in the target center. He has more to give towards the game. I wish him well in MINNY!

Going to miss my guy Andre Miller. He's one of the best basketball minds that I have ever been around.

It was truly an honor to play with Andre Miller !! Such a great person and bball player! Great roll model !! #trade #dcrising

It was truly an honor to play with Andre Miller !! Such a great person and bball player! Great roll model !! #trade #dcrising

Thank you to the @DetroitPistons for a great 2.5 years. To every #Pistons fan, your support is unmatched. I appreciate it. – The Bucket Man

To my Motor City brothers, keep the playoff dream alive. Good luck & see ya on the other side. – #25 pic.twitter.com/8muDKwrVo0

This Was a great experience and it will always stay with me!! I wish the organization all the best in the future

Looking forward for this new challenge. Excited to be part of the Rockets organization, and eager to meet my new teammates & coaching staff.

Sad day seeing my friend @PPrigioni9 go but happy he is heading into a good situation. Good luck!!! pic.twitter.com/CT0vRS3wlh

Best of luck to one of my favorite teammates @PPrigioni9. Definitely going to miss having you around. #Papi

Wow this feels like the Draft all over again… Would like to thank the Houston Rockets Organization and the Fans for Everything!!

I want to thank the City of Phoenix and the Suns Organization for drafting me. Wish I could have been a part of getting into the playoffs.

I'm also really excited to get to Milwaukee and continue the playoff push. Can't wait to learn from one of the greatest PGs of all time. 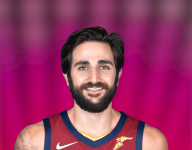