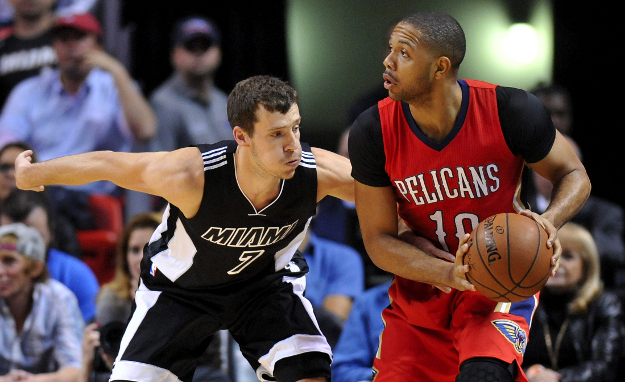 Harden is the top scorer on per-game basis available at FantasyScore tonight, and he draws a friendly matchup against a Minnesota team allowing the second-most points per game in the NBA. He is averaging 48.25 fantasy points in two previous meetings with the Timberwolves this season.

With Anthony Davis (shoulder) and Ryan Anderson (knee) sidelined, Gordon is the best scorer left standing for the Pelicans. He delivered 39.50 FantasyScore points after Davis and Anderson left early Saturday, and he should be shooting early and often again tonight.

Minnesota traded away Thaddeus Young at the break, and now that Shabazz Muhammad is out for the year, Martin has little competition for minutes or shots. He scored at least 29.75 fantasy points in four straight games, and he should offer safe, solid production again at a price that won't break the bank.

The Nuggets may have given up on the season, but Gallinari is just getting started. After dealing with injuries most of the year, he has started back-to-back games since Arron Afflalo was traded to Portland, averaging 22.38 FantasyScore points. In his new role, Gallinari is a great option if you need to free up some cap space.

Zeller is enjoying life as the only healthy center in Boston, and he is averaging 32.13 fantasy points in two games since the All-Star break. He should post another big line against an undersized Phoenix frontcourt that has struggled to defend centers all year.

He has the frontcourt to himself with Chris Bosh out for year, and after pounding the Pelicans for 40.00 FantasyScore points Saturday, Whiteside draws another great matchup. The 76ers are currently allowing the fifth-most rebounds and second-most blocks per game to centers.

Carter-Williams (toe) missed Sunday's game against Atlanta, but even if he returns to action tonight, he should probably be avoided. He still hasn't played a game since being traded to Milwaukee, and he may need a game or two to adjust to running a new offense with a new set of teammates.

His shooting slump has continued after the All-Star break, and Leonard is now shooting an abysmal 28.8% over his past five games. During the same stretch, he has failed to reach 25.00 FantasyScore points four times. 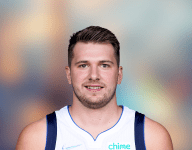