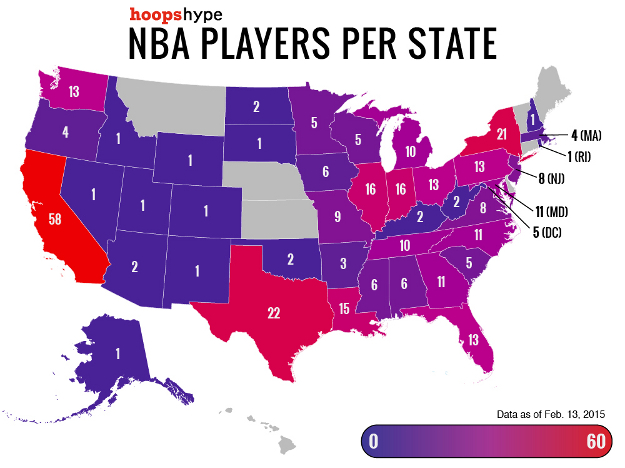 * Unsurprisingly, the most populated state in the nation is also the birthplace for the most NBA players. There's 58 Californians in the league these days, far outnumbering Texans (22) and New Yorkers (21).

* There's eight states without a single NBA player. The most populous of the group is Connecticut, whose last NBAer was Ryan Gomes, a member of the Oklahoma City Thunder in 2013-14. 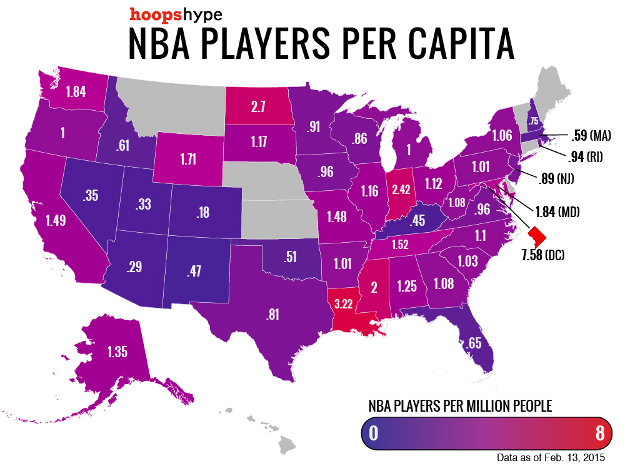 * DC has more NBA players per capita than any state in the country. For every 131,778 people in DC, there's one Washington native playing in the NBA. Louisiana comes the closest to that figure with 309,978 people per NBA player (or 3.22 NBAers per million people). 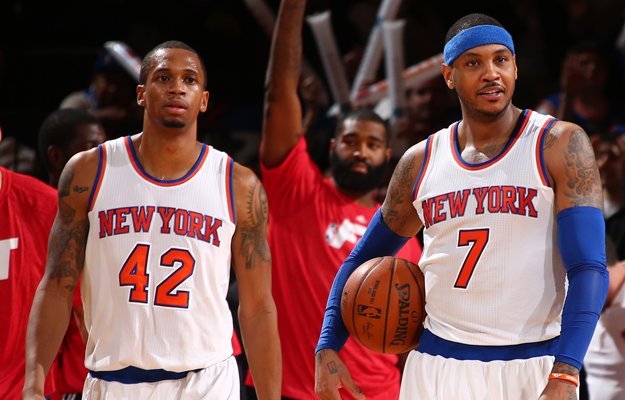 NEW YORK THE MECCA OF BASKETBALL?

* Talk about having more fame than game.

By far the most populated city in the States, New York clearly trails Los Angeles when it comes to producing NBA talent nowadays. There's only 12 players born in NYC in the league right now, compared to 20 Angelenos. Chicago and Philadelphia come right behind New York with nine and eight players, respectively.

* Baton Rouge, Louisiana is the 93rd largest city in the United States, but No. 7 in terms of NBA presence ahead of Houston or Phoenix. Brandon Bass, Marcus Thornton, Glen Davis, Robert Sacre, Langston Galloway and Garrett Temple were all born there.

* Austin, Texas is the most populous city in the United States without a single NBA player born in it.

* Eight of the 11 cities with the most players are home to NBA franchises. Baton Rouge, Baltimore and (ouch) Seattle are the only three in the Top 11 that don't have one.

* Denver, Salt Lake City and Orlando combine for three NBA teams and zero NBA players. Those are the only NBA cities without a single player. 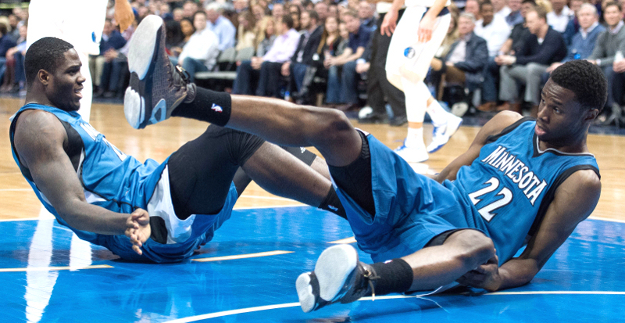 * Outside of the United States, Toronto is the city with the most NBA representation: Six players from the largest city in Canada in the league these days and they are all 23 or younger. That's quite a pipeline of NBA talent at this moment.

Melbourne (Australia) and Barcelona (Spain) come behind Toronto with three players each.

* There's two NBA players from Cayenne (French Guiana), which has a population of only 57,229. That would make it the smallest foreign city with multiple NBA players.

* The smallest city in the world with more than one player in the league? Casselberry, Florida (Chandler Parsons and Nick Calathes). 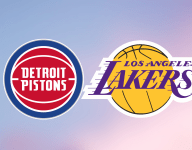 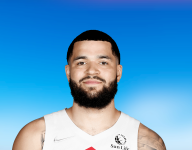 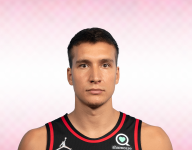 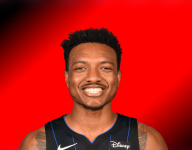 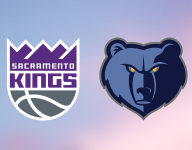 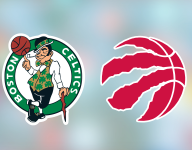 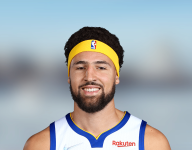