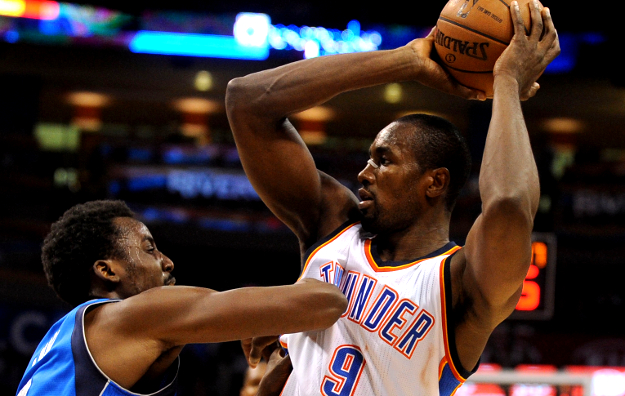 There are just two games in the NBA today, so the pool is pretty shallow. All of the teams feature upstart offenses, highlighted by Russell Westbrook. He'll eat up 18% of your cap at $9,000, but he has netted at least 45 FantasyScore points in nine of 10 games. He has scored at least 50 in six of those. Stephen Curry ($9,000; 18.0%) came back from an ankle issue with 48 fantasy points Tuesday night, and he's a nightly option as well.

LBJ has been so steady, averaging 43.2 FantasyScore points the last 10 games with at least 39 in each. The Warriors are solid defensively, but LeBron creates a matchup problem for them. He's a safe option for 40.

"Iblocka" has been on a tear, averaging 43.8 FantasyScore points the last four games. He's doing it many ways with 20 points, 13 boards and 3.5 blocks per game during that stretch.

Tucker has come alive after the team dealt Goran Dragic and Isaiah Thomas at the deadline. He's averaging 32.1 fantasy points in the four games since the deadline. At this price, you can't beat the production.

If you don't want to spend 11% of your cap on Enes Kanter, you can save $2,300 on Len. He underwhelmed with just 20 FantasyScore points against a futile Denver team yesterday. He's still averaging 29.2 per game the last four games. With a limited pool, Len and Kanter are really the only two to ponder.

McGary isn't a safe play by any means, but he's averaging 26.4 fantasy points over his last three games. It's hard to argue against a basement option with that kind of output in a limited pool.

Bogut hasn't done much for FantasyScore owners of late as he has touched 25 fantasy points twice in 10 games. Cleveland's front line has been stingy of late, and Bogut is a midrange option we'd avoid.