Al Jefferson, Reggie Jackson will freak out on Friday

Al Jefferson, Reggie Jackson will freak out on Friday 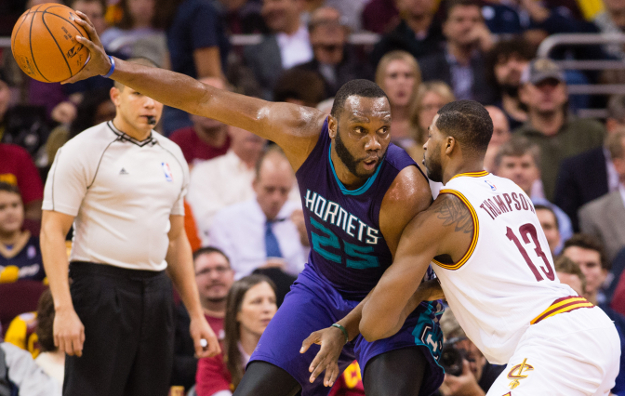 With all but two teams in action tonight, just about every player in the NBA will be at your disposal when setting your lineup at FantasyScore. Still, there are still a couple of injury situations worth monitoring leading up to tip-off time.

Sacramento Kings center DeMarcus Cousins (ankle, hip) is doubtful tonight, and if he does sit out, forward Rudy Gay ($7,100 salary, 14.2% of cap) could be primed for a huge game as the main weapon in the up-tempo offense new head coach George Karl has installed. Meanwhile, Houston Rockets guard James Harden (ankle) is questionable tonight, and Corey Brewer ($3,500, 7.0%) should make a great value play if "The Beard" sits.

Stud of the day

With Kemba Walker (knee) sidelined, "Big Al" has delivered at least 30.00 FantasyScore points in nine of his last 10 games and has topped 35.00 in four of his last five. Tonight, he draws a great matchup against a Boston team allowing the most points per game in the league to opposing centers.

The latest injury to Derrick Rose (knee) means more playing time for Aaron Brooks, and he started and scored 24.00 FantasyScore points Wednesday. His ceiling is even higher tonight when Chicago faces a Minnesota giving up the second most points per game overall and the third most points to point guards.

Smith has produced at least 24.00 FantasyScore points in five of his last six games, and with Kyrie Irving (shoulder) doubtful tonight, he should have an even larger role on the offensive end. Don't be surprised if he eclipses 30.00 tonight.

He flirted with a triple-double in his last start, and in two games with the Pistons, Jackson is averaging 37.88 FantasyScore points. Take advantage of newfound upside in his new home tonight against the last-place Knicks.

He has been seeing plenty of playing time since the All-Star break, scoring at least 30.00 FantasyScore points in back-to-back games. With Wilson Chandler dealing with a groin injury, Gallinari should continue to provide solid production at a bargain price tonight against Brooklyn.

His has been a steady offensive weapon for the 76ers, topping 30.00 FantasyScore points in seven of his last 10 games. He should provide safe production at a cap-friendly price again tonight against a Washington team ranked 28th in points allowed per game to opposing small forwards.

As expected, Gobert is thriving since being moved into the starting lineup. He has topped 25.00 FantasyScore points in all three games since the Enes Kanter trade, and he has top 35.00 in his last two. Don't hesitate to use him tonight against a Denver team allowing the second most points per game to opposing centers.

Parker has been playing some of the worst basketball of his career since the All-Star break. Over his past three games, he has scored just nine total points while committing 10 turnovers. Avoid him tonight at FantasyScore.

The big man also has been scuffling since the All-Star break, failing to reach 20.00 FantasyScore points in all three games. He managed just 21.00 the last time these teams met, and there is no reason to pay for Hibbert's limited ceiling on a night when so many options are in play.