Spencer Haywood belongs in the Hall of Fame

Spencer Haywood belongs in the Hall of Fame 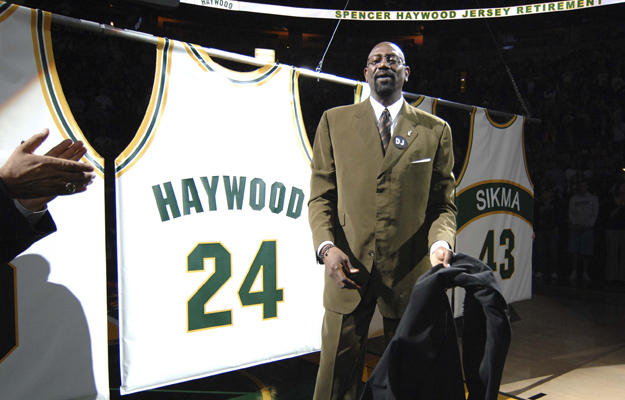 Spencer Haywood is one of the most significant figures in basketball history. Make that sports history. It was Haywood who challenged the NBA draft system and later was responsible for overturning it and allowing underclassmen into the league.

He dominated in college, the Olympics, the ABA and then the NBA. Given the combination of his court victory and play on the court, Haywood deserves to be inducted into the Naismith Memorial Basketball Hall of Fame. He is among the 12 North American finalists, with those chosen to be announced on April 6, the day of the NCAA championship.

All finalists need at least 18 votes from the 24-member Honors Committee.

Keep in mind that the Naismith Hall of Fame isn’t just for NBA players. It also takes into account a player’s or coach’s performance in college and international ball, in addition to the professional career.

Haywood dominated in all three areas.

Where there is hesitation on the Haywood front is that he squandered what should have been his prime years in the NBA by dabbling in drugs, specifically cocaine.

After averaging 28.2 points and 22.1 rebounds in his lone season at Mississippi’s Trinidad Junior College in Colorado, Haywood was headed to the University of Detroit (now Detroit Mercy).

Before beginning his only season at Detroit, Haywood dominated Olympic competition in the 1968 games as the U.S. earned the gold medal and went 9-0. Just 19-years-old, Haywood led the Team USA in scoring, averaging 16.1 points.

Haywood was even more dominant at the University of Detroit. During the 1968-69 season, Haywood averaged 32.1 points, which is still a Detroit school record. He also led the NCAA in rebounding (22.1 per game).

One of 10 children, Haywood felt he accomplished everything in college so he decided to turn professional. At the time, the NBA didn’t take a player until he was four years out of high school. So Haywood joined the ABA, which had no restrictions. His one year in the league was one of the best in professional basketball history. While some scoff and say that it wasn’t the NBA, it was proven over years that many of the ABA stars were dominant in the NBA.

In 84 regular season games with the Denver Rockets, Haywood averaged 30 points and 19.5 rebounds. He increased his output in 12 playoff games, averaging 36.7 points and 19.8 rebounds. No wonder why he was named Rookie of the Year and MVP of the ABA.

“People forget how good the ABA was," said current SMU coach Larry Brown, who led the ABA in assists during Haywood’s rookie season while playing for the Washington Capitols. “Young kids in the ABA got to play, in the NBA they sat on the bench. When the ABA and NBA merged, all the young guys made the NBA All-Star team and Spencer was as good as any of them.”

Haywood wasn’t eligible to sign with the NBA until after the 1970-71 season, but that didn’t stop him from signing with the Seattle SuperSonics. The NBA sued Haywood. He sued the league.

The Supreme Court ruled in Haywood’s favor and soon the NBA had the Hardship Rule, where if a player could show financial hardship, he could apply to join the league before his college class graduated.

In 1976, the hardship procedure was dropped and the Early Entry system that is still used today was incorporated.

So Haywood changed the way the NBA is run. All the early entry candidates owe him a debt of gratitude.

Haywood would eventually appear in 33 games with Seattle during the 1970-71 season after his court victory. That year he averaged 20 points and 12 rebounds. In the next four years with Seattle, Haywood was an All-Star each season. During those four years, he played 293 regular season games and averaged 25.4 points, 12.1 rebounds, 1.5 blocked shots in 40.9 minutes. 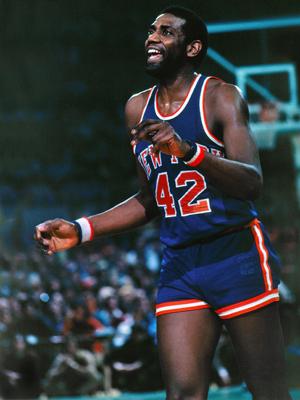 Haywood helped lead Seattle to its first ever playoff berth in 1974-75. He would go on to have two other excellent seasons after leaving Seattle. During the 1975-76 season, he averaged 19.9 points and 11.3 rebounds for the New York Knicks. In 1978-79 he played for both the Knicks and New Orleans Jazz and averaged a combined 20.9 points and 7.8 rebounds.

These are excellent numbers that no doubt would have been better had he not gotten involved in drugs.

“He did great on the ’68 Olympic team as such a young player,” Brown said. “He was just a great player who was athletic, could score, defend and rebound and without doubt he is a Hall of Fame player.”

We agree. He certainly made a mistake and his cocaine use ruined such a promising career, but Haywood dominated at every level. One wonders if Haywood could have been one of the best forwards of all-time had he not done drugs. As it was, he enjoyed an accomplished career, while also dramatically changing how professional basketball operates.

It all adds up to a Hall of Fame career and one in which, if the voters truly do their homework, will have him hear his name called before this year’s NCAA title game is staged.