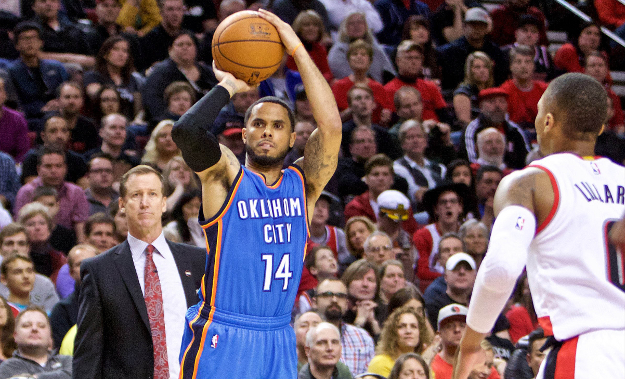 There are six games to pull from at FantasyScore Sunday, but the player pool is going to feel a lot smaller because of all the big names dealing with injuries.

Kevin Durant (foot) and Russell Westbrook (face) will both be sidelined for the Oklahoma City Thunder, and the New Orleans Pelicans will be without Anthony Davis (shoulder). Meanwhile, DeMarcus Cousins (ankle, hip) is doubtful to take the court for the Sacramento Kings.

Of course, injuries also create opportunities for other players to step up, and taking advantage of the players set for bigger roles is a great way to assemble a lineup on a night when there aren't a ton of options available.

Curry is one of the few big names in play tonight that doesn't have any injury issues to worry about. He also has an appealing matchup against Boston's 25th-ranked scoring defense. Curry logged 46.00 FantasyScore points in his first meeting with the Celtics, and he should deliver a similar total Sunday.

With Westbrook joining Durant (foot) on the sidelines Sunday, Augustin is set for an expanded role against a Lakers team allowing the most points and third-most assists per game to opposing point guards. He offers tremendous upside for a bargain price.

He has been enjoying life with his new team, and Williams is averaging 38.13 fantasy points in four games with the Hornets. Tonight, he draws a friendly matchup against an Orlando team that has struggled to defend opposing point guards all year.

No team allows more points per game to opposing power forwards than the Lakers, and with Durant and Westbrook out tonight, Ibaka is going to be leaned on heavily. Given the situation and the matchup, he is a must-start option on a thin night at the forward spot.

He has torched the Trail Blazers in two previous meetings this season, averaging 33.0 points on 60.5% shooting. With Cousins unlikely to play tonight, Sacramento's offense is going to run through Gay against a defense he has proven he can beat.

Ajinca has been stepping up with Davis and Ryan Anderson (knee) sidelined, and he is averaging 31.08 FantasyScore points over his last three games. Meanwhile, no team allows more points per game to opposing centers than Denver. Ajinca should post another solid total tonight while freeing up a ton of cap space.

A matchup with the rebuilding 76ers looks solid on paper, but Hibbert has been struggling since the All-Star break. He has failed to reach 20.00 FantasyScore points in four games, and he managed just eight points and seven rebounds against Philadelphia Feb. 20.