John Wall: "I never doubted myself"

John Wall: "I never doubted myself" 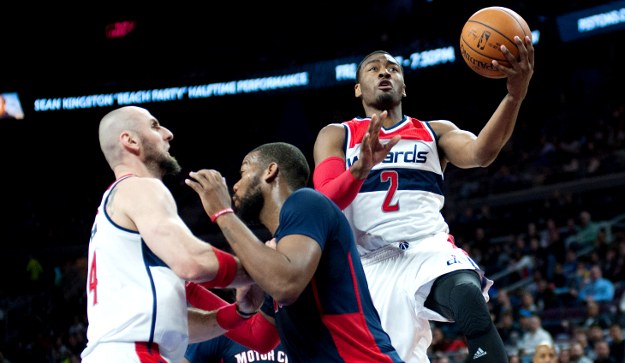 John Wall has become one of the top point guards in the NBA. With great size and quickness, he is among the most difficult players to defend going to the basket. Now in his fifth season, Wall earned his second consecutive All-Star appearance.

The 24-year-old Wall is the face of the Wizards franchise. After suffering some injuries earlier in his career, Wall played all 82 games last year and had participated in all 60 this season. Through this juncture he was leading the NBA in assists, averaging 10.2 per game, while scoring at a 17.1 clip. We recently spoke to Wall about how far he has come since entering the NBA after just one season at the University of Kentucky.

How tough was it earlier in your career being on a young team and going through constant losing?

John Wall: It was tough especially when coming from a winning culture. You’ve been winning all your life and it is tough. Adversity tests you if you are mentally strong and you have to think in your mind that adversity doesn’t last long but tough people do. You never get caught up in the system where you want to accept losing a lot of games. You look at it as it is a process you go through and things will get better.

You made the playoffs last year and are headed there this year. How much better is it to come to work when you know that is the result rather than playing out the string?

JW: It is more fun, you smile and there is more excitement. Nobody wants to lose. We are losing now and nobody is happy on this team. You have to go through this adversity and it is something we have to get through.

How hard is it in the NBA to get from the bottom and move up?

JW: It starts with players developing each year and trying to get better and then a team acquiring veteran pieces that want to play here and coaches and the front office have to do a great job putting it together and developing the team. It doesn’t happen overnight. There has to be constant improvement.

How much has your confidence grown since the team’s success has increased?

JW: My success helped a lot, but my confidence increased when I was healthy. When you are dealing with injuries you can’t work out and can’t get better so it is frustrating. When I started getting healthy that is when it all got better. I knew what type of player I was early in my career. My first home game I had 29 (points), 13 (assists) and nine steals. I knew I could play in this league. It was about staying healthy and improving my jump shot and those things. 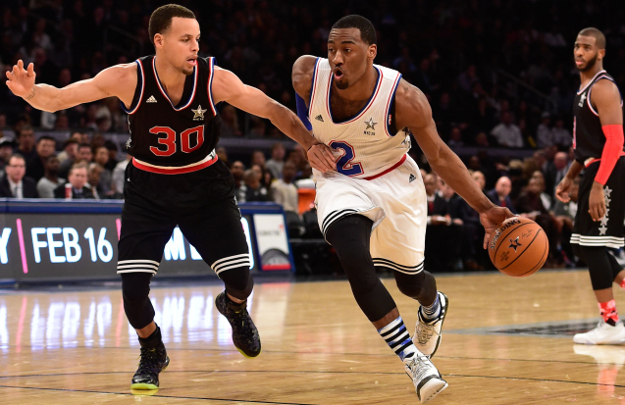 You just made your second consecutive All-Star appearance. How does it feel to be among the NBA’s elite point guards?

JW: It is good. Some people get success early. Mine took time. I am a humble kid and happy to be in my shoes and this is only the beginning now here I can be. .

You were the top pick in the draft. How much pressure was it being selected first overall?

Your team is banged up at the moment and struggling. When healthy what do you think the Wizards' chances will be in the Eastern Conference?

JW: We got a great chance. The East is wide open, I think. Atlanta and Cleveland are playing the best basketball right now and those two are great teams and are playing great. And you have a talented Toronto team. You still can’t count Chicago out, even though Derrick (Rose) is injured, they are still a tough competitive team. I feel the East is wide open and a seven-game series anybody can win and that is how I feel now.

What part of your game do you want to see improve?

JW: Posting up, floaters, knocking down more consistent jump shots. It takes time to get a lot of reps up and that is what I am doing on a daily basis.