Barack Obama and the NCAA bracket: His track record over the years

Barack Obama and the NCAA bracket: His track record over the years 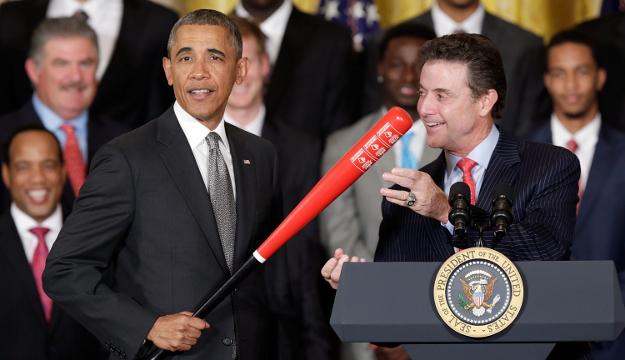 President Barack Obama once again released his NCAA bracket in advance of March Madness this year. Obama took the safe route and picked everybody's favorite to win the tournament this time around.

It's the seventh year in a row the POTUS announces his picks publicly. Let's take a look at how well he did the previous six: 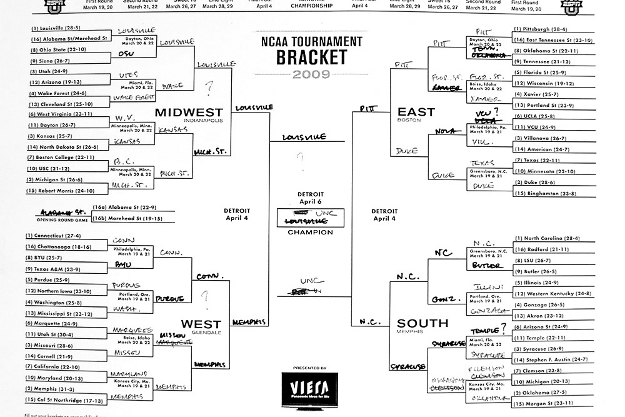 Had a rough start missing 12 of the 32 Round of 64 matchups, but his bracket started looking better after that. Obama got 14 of the Sweet 16 teams right and predicted the Tyler Hansbrough-led Tar Heels would win the NCAA title. It was the last championship for North Carolina and also the last time the president got the Big Dance winner correct. 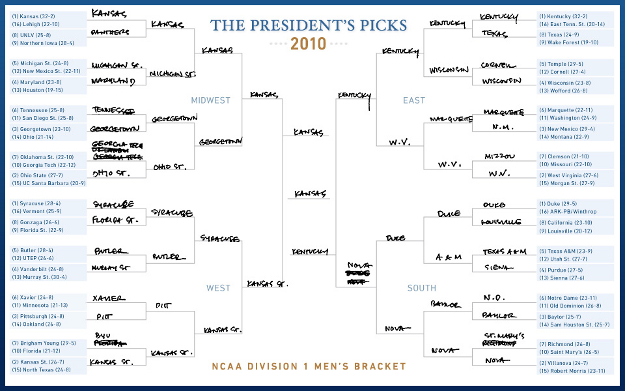 Summing things up: Obama's 2010 bracket was an unmitigated disaster. The POTUS chose Kansas to win it all, but the Jayhawks were eliminated in the third round by mighty Northern Iowa. None of his Final Four picks made it past the Elite Eight. It was just all-around bad. 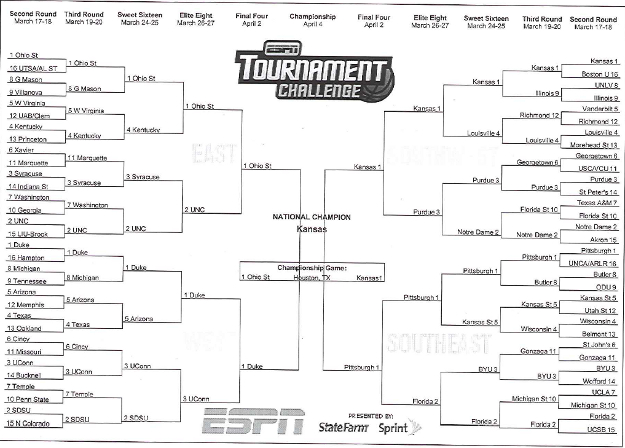 The president played it safe in the Round of 64 picking most of the favorites and reaped the rewards with 29 hits. It took a turn for the worse from there on. Kansas let him down again and, for the second consecutive year, his Final Four predictions were all wrong. 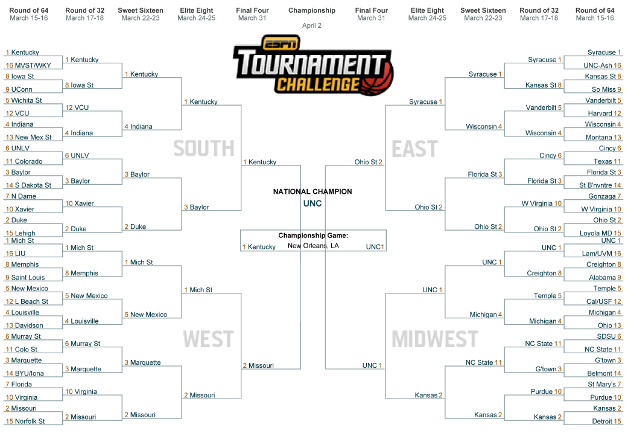 Year 2012 was pretty good for Barack Obama during March Madness too. The president nailed six of the Elite 8 and two of the Final Four teams, but couldn't finish on a strong note since he somehow expected Anthony Davis' Kentucky to lose the championship game. 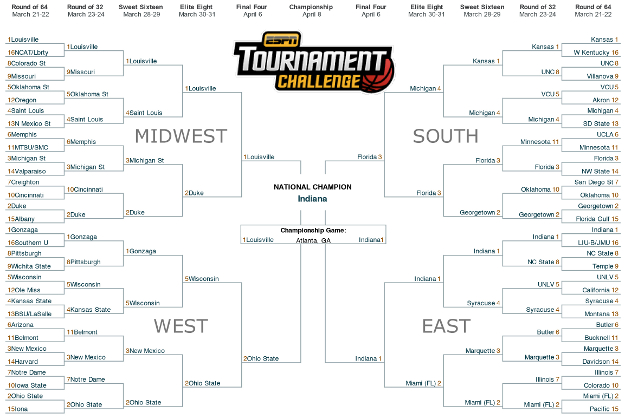 Harvard won its first NCAA tournament game in history this season and not even its most famous alumnus saw it coming. Just like everybody else, the president expected a quick exit for the Crimson, who ended up beating No. 3-seeded New Mexico in a monumental upset. His bracket was busted when Indiana exited the tournament in the Sweet 16 round. 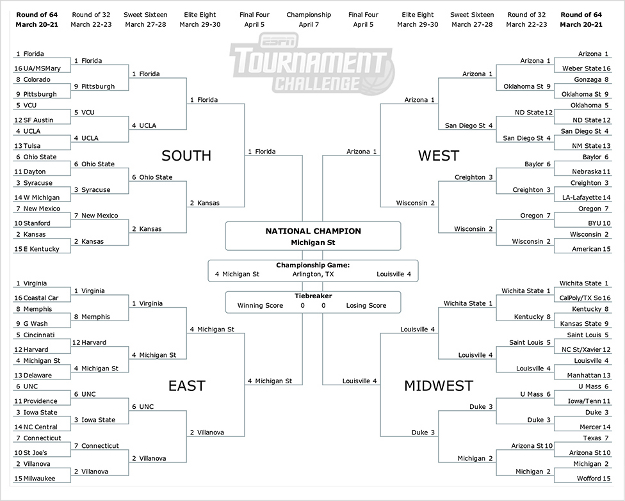 Looks like Barack Obama believes in Duke more than Duke coach Mike Krzyzewski believes in Barack Obama. Every year, the president predicts Duke makes it at least to the Sweet 16 and the Blue Devils often make him look bad. That was the case last season, when Duke lost in the Round of 64 for the second time in three years. The rest of his bracket wasn't that hot, anyway. His pick for NCAA champion, Michigan State, didn't even qualify for the Final Four.

That was the fifth year in a row in which Obama failed to guess the eventual college basketball champ. He's picking Kentucky this season, so that bracket slump is coming to an end soon if everything goes perfect.