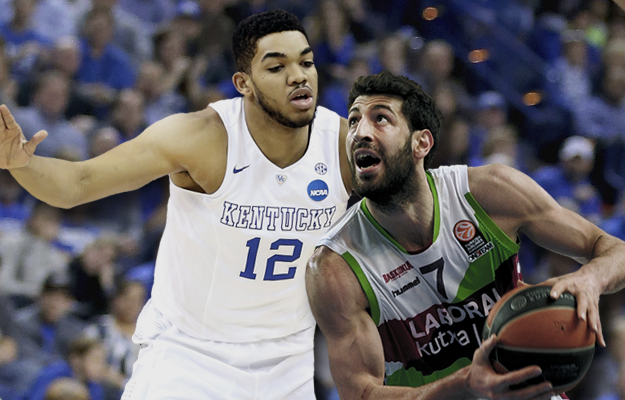 This year's Kentucky team is one of the best in college basketball history, but the debate about whether they could beat a bad NBA club has no merit. They would stand no chance even if Philadelphia or New York were in front.

But what if it was Kentucky vs. an average Euroleague team? Could they actually win? We posed that question to players that should know – Americans that have competed both in college and European basketball.

This is what they answered:

"I want to start by saying Kentucky is an incredible team. No question they have rare, extraordinary talent, but no chance they would beat a Euroleague team. Euroleague teams are made up of grown men. I don't think the average fan realizes the difference between pros and collegiate players. Kentucky is physically dominant against other college players, but they wouldn't be able to physically overmatch the highest level European pros. At the end of the day, they are still 18, 19, 20 year old kids who would be playing against pros with years of experience. I realize that most American fans won't believe this, and as a college player I probably believed I was better than most European pros, but it's just not the case. As talented as Kentucky is, most European teams that play in the top leagues (Turkey, Spain, Italy, France, Germany) would beat them easily."

"I think Kentucky would be extremely competitive because they have speed, outside shooting and a helluva presence down low. They aren't a one-dimensional team and continue to prove that against different defensive schemes. A big credit to coach Cal and staff, but of course doesn't hurt having the talent and coachability to match." 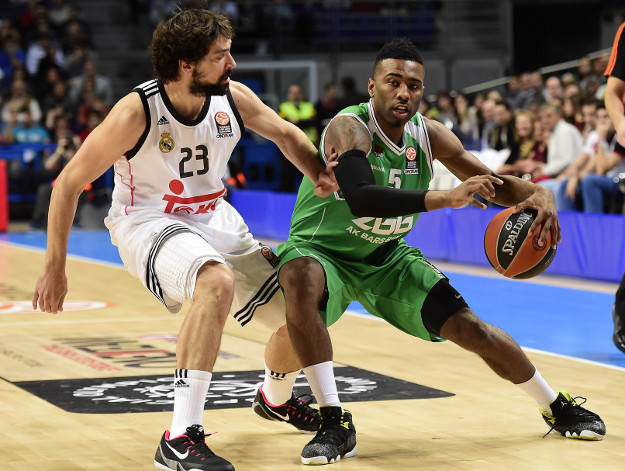 "Sure, they could. I say that for a couple reasons. One being that the average Euroleague teams oftentimes will lose a good number of games in their own domestic leagues where the competition isn't as good as the Euroleague. UK is as good or better than a good amount of those mid-level teams. Secondly, from a size standpoint they match up well with average Euroleague clubs. The only thing they would have trouble with is the experience factor. You saw how they struggled against Notre Dame's juniors/seniors. Grown men playing for five-plus years could be difficult. But they can definitely win a game and compete."

"I believe that Kentucky would be able to compete for sure. UK's length would be an asset, but they don't shoot well enough to be able to win. Euroleague teams all have bigs that can shoot and drag power forwards and centers away from the hoop and bigs with enough strength to bang down low with Kentuckys bigs. They would compete, I believe, but Euroleague players have a strength (players call it grown-man strength) that I believe would give them issues. If a college team would be able to compete with some, it would 100 percent be this Kentucky team. But like I said, 4s and 5s that play outside would cause problems for Kentucky, as well as their lack of lights out shooters, which every Euroleague team has."

"This year's Kentucky team seems like it's special, but generally I don't think college teams, even the best, can compete with Euroleague teams. It's another level. Players are more experienced, players improve, coaches have same experience, tactics are better. Only the best survive. Think about the top college players who for some reason don't make the NBA… Now they are 27-33 with experience and understanding and already making NBA-equivalent salaries and sometimes more. NBA superstars are on another level, but not when they are at college age. Experienced pros on high level will beat kids." 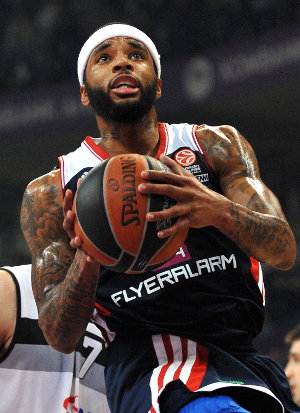 "They could beat a lot of Euroleague clubs. A lot of college teams could be average Euroleague clubs, in my opinion. The higher level clubs would be tough to beat, though. I think most D-1 basketball players on the good teams can play Euroleague level and the coaches and intensity is very similar to what you see on high-level Euroleague teams. Same with talent level."

"It all depends on which rules they play by – European or NCAA with the shot clock. With only talent, they could beat some bottom-tier teams. They have a better chance winning with NCAA rules than European rules. With NCAA rules, you can't touch a player on the perimeter, but in Europe you can be more physical and they would struggle with that."

"I don't think so. All those kids there are going to be great in the NBA. But playing against grown men who have a lot of experience is just not the same. I think they'd compete with some teams, but they are by no means even a Euroleague team."

"I definitely think Kentucky could beat an average Euroleague team. I think Kentucky would struggle against the more veteran Euroleague clubs because top Euro teams have such good guard play. But with Kentucky's size and post play, I think they could definitely compete and beat quite a few teams. We don't usually see that size with that athletic ability in Europe."