Myles Turner: "I try not to listen to the outside hype"

Myles Turner: "I try not to listen to the outside hype" 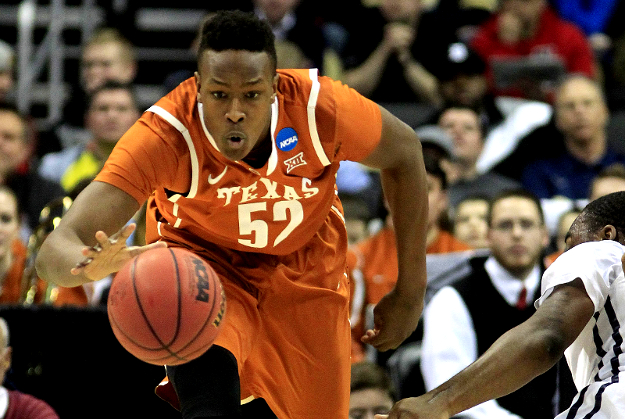 How are you feeling now heading into the draft?

Myles Turner: Definitely excited. And tired! Working hard… I'm working out here in Las Vegas to get myself ready.

MT: I wake up around eight o'clock and have some breakfast which is like some eggs, some Turkey sausages, wheat bagels, some fruit… Then I go for physical therapy for about an hour. That's a lot of hip flexor group work, for example. And then I do track workouts. And after that I get on the court and do whatever is planned for that day. Then after taking a nap, I go back to go lift and after that I get my second court session and call it a day.

I'm exhausted just hearing it. What about yoga? Veteran players love that, but is yoga necessary at a young age?

MT: Of course it's necessary. The earlier you can start taking care of your body the more productive you'll be in the future. You can prevent a lot of injuries and that's why I usually do yoga therapy and also cryotherapy sessions.

There was a lot of hype when you were attending Trinity High School, especially after tearing up the AAU circuit the summer of 2013. From that point until now, how much have you improved in terms of handling the pressure of being a NBA draft prospect, the pressure about playing with your goal being a high pick in the draft?

MT: You know, I just try to be myself, try not to listen to the outside hype. I know sometimes it's there, but I just listen to my inner circle. That's how I've been trying to be successful. Of course you listen things they say about you and it's been hard at times.

Who's in your inner circle?

MT: There's only three people I trust in my inner circle – both my parents David and Mary, and my trainer Ken Robinson.

When did you first realize that you had an excellent chance of making it to the NBA?

MT: You know, during the course of the year I felt more and more confident, me being projected so high in the draft. It's been a dream of mine going to the NBA one day. So it was towards the end of the season I was talking to my parents, my inner circle, and they told me I had a shot at this now. So I decided soon after that. I was excited and I wanted to do my best with Texas, although it was unfortunate we didn't go far in the NCAA Tournament.

What's your plan heading into the draft?

MT: My plan is show my full arsenal, show my athletic ability. There's been a lot of questions concerning the way I run or that I'm prone to injury in the long-term. So I just wanna show that I'm in full shape and ready to go.

Do you think draft experts have a point when they talk about those question marks in your game?

MT: They have a point to an extent. The way I was running in college was due to the fact that I had some parts of my body that were particularly weak. But I've been training those parts exclusively that made dramatic improvements. I added some strength too to be ready to compete at the highest level.

How tough will it be to adjust to the NBA game?

Your game is compared to LaMarcus Aldridge's game, Anthon Davis'… How do you feel about this?

MT: Well, I think that's very accurate. I think my game could be more similar to Aldridge, but I feel my body is developing more like AD.

Do you like these comparisons, experts trying to label the game of players when you're still so young?

MT: I think with these comparisons they give an idea to people about what to expect from the players, about your game. But those comparisons don't affect me.

You have played against Jahlil Okafor. Where do you think he'll end up in the draft?

MT: He's definitely a Top 3 pick, he had a great season at Duke.

And what do you think about your chances?

MT: I think I have just as many chances as everybody in this draft class. People have their own projections, but once individual workouts happen I'll be able to show what I can do. If they believe I'm worthy of the No. 1 spot, then there it is. That's what I'm working for at this point, this is such a deep draft class…