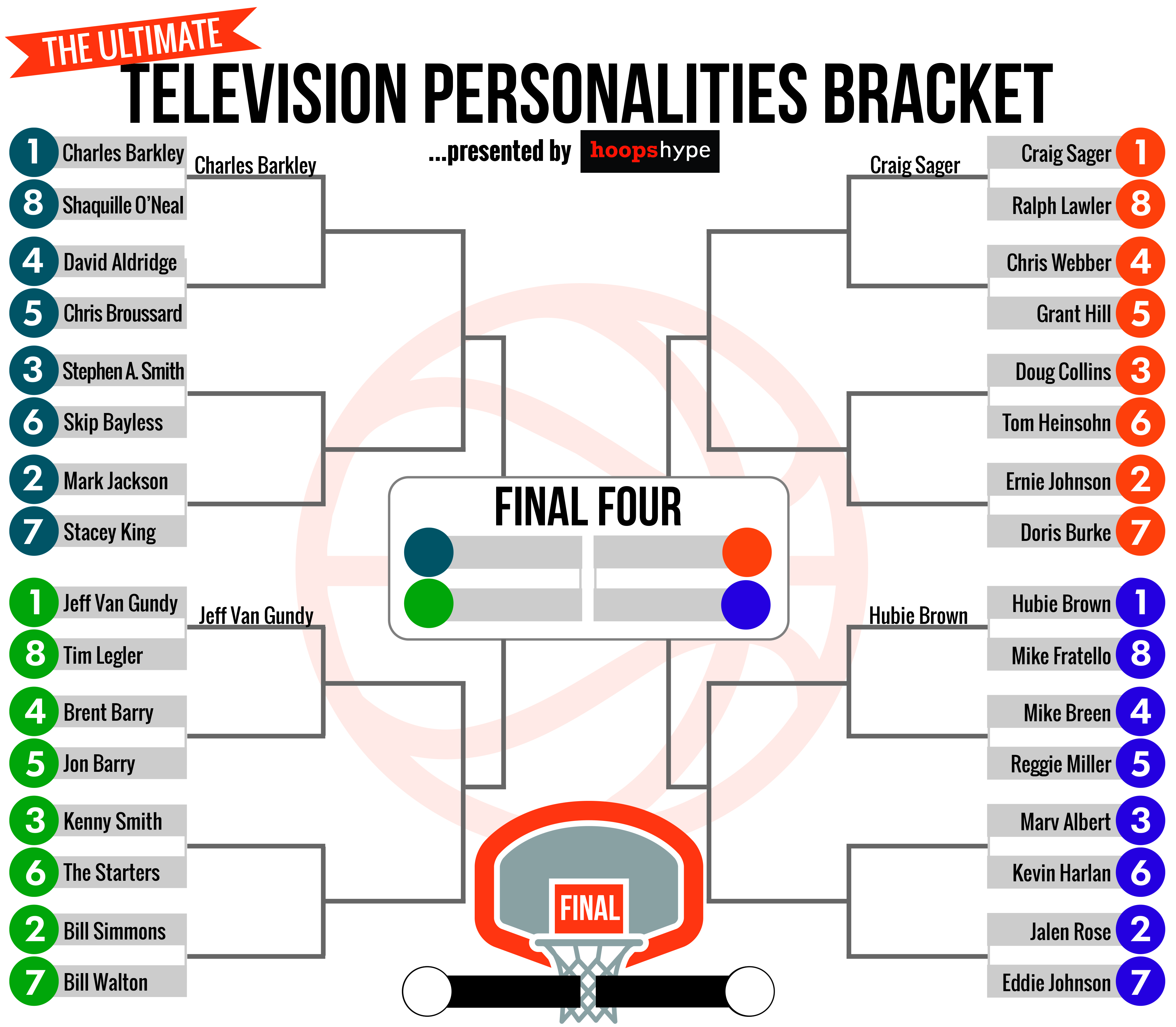 In the Day 4 vote, TNT sideline reporter Craig Sager clearly defeated longtime Clippers broadcaster Ralph Lawler (86.4/13.6). With that, all four No. 1 seeds advance to the second round.