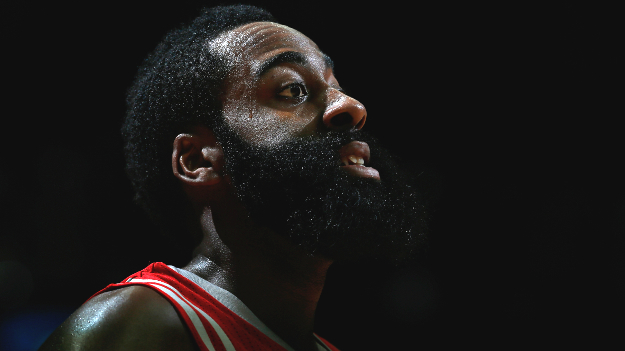 Before this year’s second-place finish in MVP voting, James Harden was often criticized for his defensive abilities. Just prior to the start of this season, USA Today quoted Rockets GM Daryl Morey saying, “James is No.1 on who we lean on offensively, and that gets really, really hard, especially in a playoff series. So that's a little unfair."

His argument, in essence, is this: Harden was asked to do so much on offense that his defense suffered. However, a recent study I conducted at Washington University in St. Louis shows that the opposite is highly likely to be true.

Daryl Morey and subscribers to their own Harden Theory might have expected to see a negative relationship between Usage Rate and Defensive Win Share. The Harden Theory logic is fairly easy to follow – players with a high USG% are expending themselves so much on offense that their defense suffers, which should lead to a lower DWS.

If usage and defense are positively related, how, then, did Harden find himself on the wrong end of multiple viral videos of his defensive lapses? By his own account, he was sacrificing defense to perform on offense, telling Sports Illustrated that he “put defense on the backburner”. The thing is, he didn’t have to.

Here’s what happened: Harden and Morey mentally conducted their own analysis, with a sample of only James Harden. Their findings led them to formulate the Harden Theory, and, in response, Harden thought it best to “put defense on the backburner” to provide the scoring his team needed. Then, somewhere between the Rockets’ heartbreaking first-round playoff exit and the start of this season, Harden realized what another 229 additions to his “sample” could have confirmed: You don’t need to sacrifice defense to play good offense.

In a way, the Harden Theory served as a self-fulfilling prophecy. Harden was never a bad defender – he just played bad defense. He thought that to become a better offensive player, he had to sacrifice defense – so that’s what he did. Then, when he became an elite offensive player, he’d already fallen into the practice of “taking it easy” on defense, which could have validated his beliefs. But all it took to break the habit was for him to try. 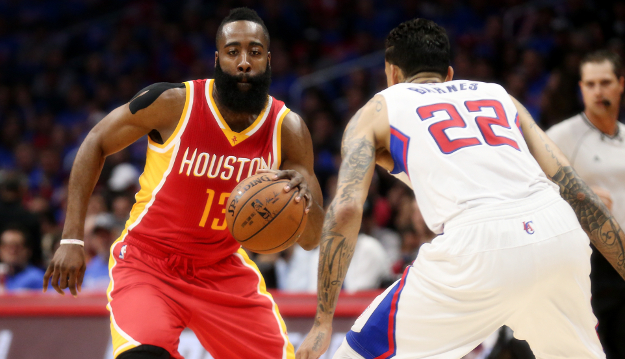 The study has implications beyond just Harden, however. In addition to returning a positive relationship between USG% and Defensive Win Share, it also returned a negative relationship between DWS and field goal attempts. If we combine these two results, we get something to this effect: Ball-dominant players are better defenders than pure shooters.

That’s the difference between James Harden and a guy like Kyle Korver, someone whose value is also primarily derived from his offense. When the Rockets have the ball, the offense runs through Harden – he’ll be the guy to bring the ball up the court, or, if he isn’t, then the ball will quickly find its way to him. He’ll take a jumper when he’s open, sure, but he’ll also handle the ball, looking to create an open shot for the offense.

Contrast that with what happens when Korver touches the ball. Typically, as soon as the ball hits his hands, Korver will do one of two things: immediately swing the ball to the open man, or take the shot. Atlanta’s offense, though it relies heavily on the threat of Korver, does not actually rely on Korver to run it. The result? Korver has a rather low usage rate (14.4 percent) – and Harden has a rather high one (31.3 percent).

The study suggests that, based on this information, Harden’s DWS should be higher than Korver’s – and indeed, in the 2015 regular season, Korver had a defensive win share of just 2.4 – 1.8 below Harden’s. However, this conclusion raises a few questions. What does ball dominance actually have to do with defensive ability? If we run the offense through Korver, can we expect his defense to improve?

In short, no. Every player has their own unique circumstances, of course, but there is a big-picture trend here. The fact is, it takes a certain amount of athleticism to run an offense that is not demanded of a catch-and-shoot guy. Teams need their floor generals to be able to get by their man on offense – to penetrate and shoot or create a shot – and doing so requires some base level of quickness or strength.

That translates directly to the defensive end in a very transparent way. Compare that with the characteristics of an effective catch-and shoot player: the ability to come off of screens, and the ability to shoot. Maybe there’s something to be said for their ability to fight through screens, but in truth any connection to defense we could come up with would be a stretch at best.

With the NBA draft combine imminent, a GM could use this knowledge to fill in the gaps in a player’s résumé relating to defense. Say you have an athletic prospect with a high usage rate, whose scouting report indicates that he plays poor defense. That player could be highly undervalued – because while it could very well be that his defense is bad, the truth is the data shows that defense can be improved, perhaps as simply as taking it off the backburner.

Noah Naiditch is a Finance major at Washington University in St. Louis.