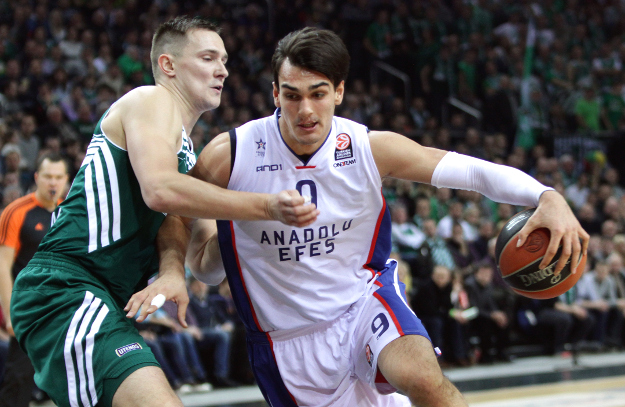 You are from Sibenik, the same city where Drazen Petrovic was born. Petrovic is obviously a very big deal in Croatia. I can imagine he's the biggest thing ever in Sibenik, right?

Dario Saric: For me and for many people in Croatia, he's an idol – not just for basketball. Many people who start playing football, or water polo, or handball, he's an idol for them on how to work, how to live life. Everybody knows how Drazen lived, how he worked. He's an example for anybody who loves sports and wants to be someone in sports.

Your father played with Drazen. What kind of stories does he tell you about his experience playing with him?

DS: Yes, he was a teammate, and at the time Sibenka was a big club in Yugoslavia. At the time the Yugoslavian League was the best in the words outside of the NBA. For sure they had great moments together, they won the league title. He told me so many stories about how hard Drazen worked, how professional he was. Every day he lived for basketball. He told me he beat him in one-on-one games sometimes, and he always was mad because every game was important for Drazen, even playing cards. He wanted to be first in every situation in life. He always wanted to be the best and win. That's why he's an idol for everybody, me included.

Media attention has been huge with you since you were very young. How have you dealt with that attention?

DS: I always put the media stuff on one side and basketball on the other. I know what my goals are as far as improving as a player and I focused on that. Like I said, I put whatever the newspapers say about me on one side, basketball goals on the other side.

You decided to move to Turkey last season and you have been playing for coach Dusan Ivkovic, who is known to be a very tough guy. How has the experience been?

DS: He coached my father in my hometown Sibenik for a while, so I knew exactly what kind of situation I would go through in Turkey. It's been a great experience for me to work with coach Ivkovic. He's an open man to speak with and it's good that he has so much experience. He's now old but still has the energy to explain the young players how we have to play the game, so he's still young for me. 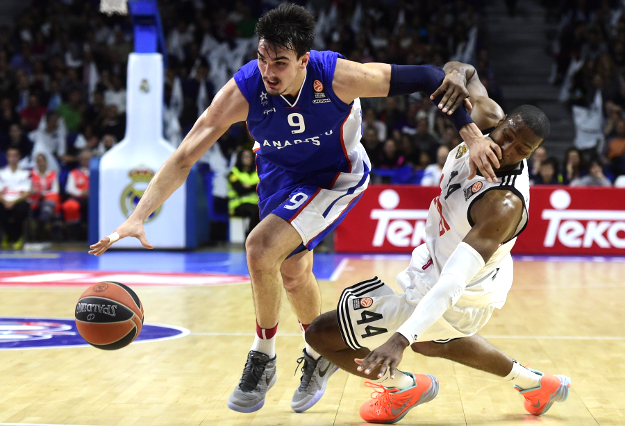 Do you feel happy about your decision to sign with Efes?

DS: Yeah, yeah. I'm happy here. Of course, it was the first time I moved away from Croatia. I had some problems to adjust to a new city, new team, new coaches and new people in my life. But now I'm OK, everything is great and I'm happy to be here and have no problems. It was tough at the beginning because I'm far away from my friends and everything I know. Everything was new, but now I have improved as a player and that's the most important thing.

Reports in Europe say your father has been very involved in your career decisions. Is that still the case?

DS: No, everything is OK with him. So many people didn't understand things well (with him). He's my father and he wants the best for me, but I'm the one that makes the decisions and how things work in my life. He doesn't have a problem with that. He's always there to support me and give me his opinion. He's a very honest man and sometimes people want to make a story with him, but there's not a problem with him on my part.

Some players from the Philadelphia 76ers visited you last summer when you were playing with Croatia at the World Cup in Spain. How did that feel?

DS: That meant so much to me. Three top players came to Spain to support me and support my team. The coach (Brett Brown) came too. It was a big thing for me that people from the team that selected me came to support me, that they had my back like that. It made playing easier for me and didn't feel any additional pressure.

I think you have met Brett Brown recently too.

Do you watch Sixers games?

DS: I watch some games, but the time difference between Turkey and America makes it hard. But yeah, when I wake up in the morning I see the highlights from their games and I'm always in touch with the people in Philadelphia.

How did you feel when you learned you were headed to Philadelphia in the draft?

DS: Every basketball player dreams about the NBA when they start playing basketball. The best basketball players in the world are there. I had that dream and I hope that one day I will be there. You never know what can happen, some injuries or whatever, but it's a big dream for me.

Is there any chance that you play there next season?

DS: Next season? I don't know and I can't speak about that because I don't know yet the situation, how things are going to work out. I can say that I'm happy here at Efes and I'm also happy that people from Philadelphia came here and want me there. That's all I can tell you right now. I don't have any information or any feeling regarding what could happen. I'm just focused on the rest of the season.

If I stay here or if I go to the NBA, I will be happy (either way). I don't know what could happen this summer or next summer. Now it's not the time to talk about that.

How do you think an extra year in Europe can help your game?

DS: I would get more experience playing at a high level in the Euroleague. If I went to the NBA, I'm sure I could make progress individually. Europe is a better place to learn to play within a team concept, to improve as a team player.