Bryce Cotton became the third called up D-League player this season Wednesday when he was signed by the Phoenix Suns from the Austin Spurs. If the trend from previous years continues (and there’s no reason to believe it will not), many more call ups will follow this season as the NBADL has grown into a true farm league for the NBA. For many, it will be a career-changing event. For others, not so much. But how does it all work exactly?

We talked to five players to learn more about life in the D-League and how that first call up went for them.

* Anthony Tolliver plays for the Detroit Pistons. He was called up from the D-League three times before finally establishing himself in the NBA.

* Kelenna Azubuike was called up by the Golden State Warriors in 2007 and ended up playing in the Bay Area for three years.

* Keith Langford, who led the Euroleague in scoring in 2013-14, has played for some of the top teams in Euro basketball the last eight years. He had a brief stint with the Spurs in 2007-08.

* Marqus Blakely is currently playing in South Korea for the Busan Sonicboom. The Houston Rockets called him up in 2011.

* Elijah Millsap competed five straight seasons in the D-League till he was called up by the Utah Jazz late in the 2014-15 season. He’s still a member of the team.

BIDING TIME IN THE D-LEAGUE

Langford: “The first time I went to the D-League, the decision was a no-brainer. Coming from Kansas, I had accomplished a lot in college not to give the NBA a try. At the time, it wasn’t even in my mind that a player with the Kansas pedigree would go to Europe. You tried to make it into the NBA. Europe didn’t even cross my mind. I thought the NBA was supposed to happen.”

Tolliver: “I went to the D-League to stay in front of the NBA people and to stay relevant. Sometimes you go overseas and they don’t see you for a year and you drop out of their minds.”

Blakely: “I was the last cut for the Clippers (in the 2010 training camp). I felt like my opportunity was right there and I didn’t want to give it up by going overseas because the NBA people may forget about you.”

Millsap: “I was very happy for my teammates when call ups happened for them. There was not a bitter moment for me when I saw them moving onto better things. Actually it made me feel like we were getting noticed and I was getting closer to my goal.”

Blakely: “For me, seeing other teammates called up and sticking in the NBA was motivation knowing how close I was. As much as it might be disheartening or discouraging, it’s still more motivation. Everybody in the world of basketball wants to play in the NBA and I had a chance and I was that close to making it there, so I kept working.”

Langford: “I played behind Ime Udoka and he was a consummate professional. He knew what he was doing. Sam Vincent, my coach in the D-League, was always telling me how I needed to follow what Ime was doing and learn from him. In my mind at that time, I was like, ‘I’m better than Ime, who is this guy?'”

Tolliver: “Not getting called up my first two seasons in the D-League was frustrating, but it was also a motivation to stay hungry and keep working.”

Blakely: “The D-League was a good learning process. It’s not an easy league to play in when it comes to travel. Not as bad as it is overseas when you’re also away from home for a longer period of time, but getting to the games is more difficult and you’re not really getting paid as much as you could overseas. So it’s a sacrifice. But in my mind I knew it would eventually pay off.”

Millsap: “It was tough at first end to pass on offers from Europe. That was in my mind. But money is just money and dreams are dreams. And my dream was to play in the NBA.”

Tolliver: “All the times I got called up, my agent kept it funny asking me if I would like whatever thing local there was in the NBA city where I was headed. The first time it was really unique. When I was in the D-League, that was the first time I was not playing at the highest level I should be playing. Being promoted from the D-League was a great feeling.”

Azubuike: “My mom knew about the call up before I did because my agent was calling me and my phone was messed up… So he called her and she learned about it first.”

Blakely: “My agent called me, said I had to sign the contract and send it back. You stick on the phone for flight details and within 24 hours I was on the flight to meet the team in Minnesota. They had a game that night. I landed, went straight to the hotel and they had my jersey in the hotel laid out. That was nice, for sure. To see that put it all in perspective. Not necessarily like I had made it yet, but to just have your name on the back of a jersey was surreal in itself.”

Langford: “I went to training camp with the Spurs in 2007 and they told me they liked me and I was on their radar. I was told that I needed to learn how to be a pro and that I should go to the D-League and they would be paying attention. In December, we had a game and I think my coaches knew I was about to be called up because they told me not to worry about anything before the game, that I should relax and just go out there and play. I was like, ‘What are you talking about? That’s what I always do.’ Then after the game (Spurs GM) RC Buford, who was at the game with Tony Parker, pulls me aside and asks me how soon can I be in San Antonio. I smiled and after that it was a big celebration. Me and my family were pretty excited.”

Azubuike: “Signing the contract in the hotel was a big thing. But at no point was I like, ‘I’ve arrived’. I knew this was an audition, an opportunity that I had to take advantage of and stay. You want to stay and make those who called you up think they made the right decision. My mindset was never really like I had made it.”

Tolliver: “I was always surprised when the call up happened. When you’re in the D-League, of course you want to win games, but you also have to produce numbers that can catch the attention of the scouts. To me it felt like when I had a really bad game, I got the call up. Obviously they follow you the whole season because they wouldn’t call you up based on that game. But for me it came in the least expected times, right after bad games.”

Azubuike: “I loved the way the call up went for me because I hit the ground running. I didn’t have to anticipate playing my first game. I went out there and played. There was no time to overthink about it. You’re just out there playing the game, which is the best part about the whole thing.”

Blakely: “After my first game, I flew home with the team and that was eye-opening in itself. Being around NBA players like that gave meaning to the two years in the D-League and how it got me to reach that point.”

Azubuike: “Financially, it was a big jump. It was definitely nice to make NBA money. Also, the traveling is significantly different. It’s not the best hotels. There were long bus rides, some regular flights, you had to share rooms sometimes… That’s life in the D-League and that kind of life motivates you more to go out there and compete.”

Blakely: “Money-wise, it was a big deal for me after two years in the D-League. But moreso, more than monetarily, just coming from a smaller school like the University of Vermont that doesn’t produce NBA players, I kind of took pride in that too. Be the first one in school history to make it to the NBA. Financially, it really helped. But beyond that, kind of putting my high school and college on the map was more gratifying for me than the checks.”

Millsap: “There was not really a special eye-opening moment when I made it to the Utah Jazz. I just felt I had been waiting for that moment for a long time and that I deserved it. I was like, ‘I’m here now, let’s do something special with this opportunity.'”

Langford: “When making a decision about the D-League, you have to take into consideration how old you are vs. what your goal is. Anybody that’s younger than 25 and his goal is legitimately to be an NBA player should stay in the States and give it a try. Guys who are over 25 and with a goal of making money playing at a high level of competition, they should take the offers that are available to them (overseas). It all depends on where you fit.

“The only thing I don’t agree with is guys that are 28 or 29 latching onto D-League teams just to get that one call up. I don’t think a lot of people realize that once you get a call up, that’s not the saving grace that everybody thinks it is.” 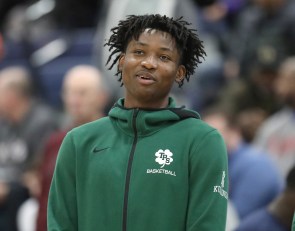 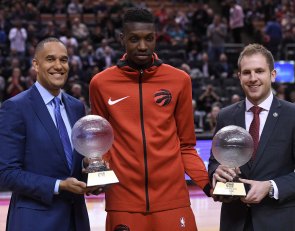