Jimmer Fredette: "There's players that need a little longer to find their niche"

Jimmer Fredette: "There's players that need a little longer to find their niche"

Former college basketball superstar Jimmer Fredette is having green light to shoot for the first time in his pro career – although it’s the D-League, not the NBA, where that is happening. Through his first four NBADL games, Fredette is averaging 27.5 points per game on 47.0 percent shooting with the Knicks’ D-League affiliate. He’s hoping that leads to a call-up and the right fit for him in the NBA.

When did you first consider playing in the D-League?

Jimmer Fredette: After I was waived by the Spurs, we had several options we were looking at. Overseas was an option, NBA was still an option with teams getting rid of guys and adding guys and then there was the D-League. We felt like like the D-League at this time was the best option for me in my career. The Knicks called and told me they would love to have me as part of their organization with their D-League team and it felt good at the time. So far, it’s worked out well.

Was there much interest in your services from teams in Europe or China?

JF: There were teams interested in Europe and a little bit of interest from teams in China, but most clubs there had their rosters filled out at that point.

What’s the best part of the D-League experience for you so far?

JF: The Westchester Knicks have a really good set-up compared to other teams in the D-League just because we practice in the Knicks’ facility. Westchester is a very nice area with a lot of stuff going on and the Knicks are involved in their D-League team a lot. Allan Houston is our GM and he’s a great guy to have in your corner. The set-up is great and it’s been a very positive experience with the Knicks.

Do you get to interact much with the people in the New York Knicks organization?

JF: You don’t see them often, but we’re in the same building, so you cross paths with players and people in the organization from time to time. Being in the same place, if anybody from the Knicks wants to watch us practice, it’s going to be pretty easy for them. I like that set-up.

Did it catch you by surprise when Floyd Mayweather went to watch you guys play this week?

JF: It caught me a little bit by surprise. He’s good friends with my teammate Jordon Crawford, but it was definitely a surprise. Nobody knew and then he showed up, sat there and it was cool. You wouldn’t expect somebody like him to be in a D-League game, but he definitely supported us.

That moment when @FloydMayweather is just chilling at a #DubKnicks game, munching on some popcorn… pic.twitter.com/0HwtWYxqwl

How do you feel about being able to take these many shots again like you used to in your college year?

A lot of people expected you to make the Spurs team. What went wrong?

JF: I don’t think there was anything that necessarily went wrong. I played well and I think that they thought that I played well. I did everything that I could when I was there, but at the end of the day it was pretty hard. They had three shooting guards already and were looking for a bigger wing player. That’s the only thing that we ran into. We had a positive experience there, I showed I can play, but they needed a different thing. Sometimes it happens in the NBA.

What do you think is the main reason why your pro career has not been as successful as many expected?

JF: Sometimes there’s players that need a little longer to find their way and find their niche and find the right situation. That has happened with me and a lot of NBA players. I’m not the only case. You just have to continue to work and stay humble and do the best that you can when you have the opportunity. I know I can play in the NBA and I can be a rotational player for some team. It’s just about finding the right system and the right coach who believes in me and gives me the opportunity on a night in, night out basis. I haven’t had the opportunity to play in a rotation for a consistent period of time. I hope I’m able to find that and when I do, I know I can definitely succeed.

You started your NBA career with the Kings, which are not known for their stability. Do you think your career would be in a better place had you been drafted by another team?

JF: Not necessarily. You never know what could have happened. I’m appreciative of the Sacramento Kings and their willingness to draft me and giving me the opportunity to play in the game that I love. I have nothing but good things to say about the organization. Sometimes things didn’t work out the way I expected them to, but it doesn’t bother me too much. I just have to continue to work hard and see what the future holds for me. You never know what could have happened if some other team had drafted me. 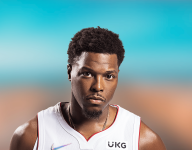 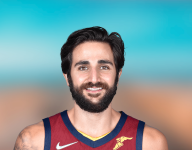 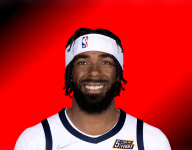 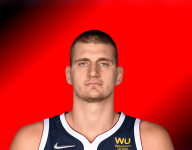