Derrick Rose, who had a strong performance in January with an average of 17.4 ppg, hit a go-ahead three and bowed Monday night in Utah. It was looking like a much-needed win for the Bulls.

The Jazz had plenty of time to react, though. Gordon Hayward made a free throw and then finished this drive in style to even the scoreboard.

Hayward dominated in overtime and ended the game with 27 points and 12 rebounds. He would have the last laugh.

Gordon Hayward didn't see Derrick Rose's bow he made after hitting his go-ahead 3 late in regulation, but he had one word for it: "Karma." 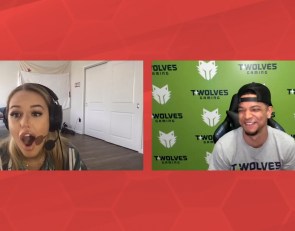