Bryant averaged a whopping 36.7 points per game against Toronto while Mitchell was coaching the team. In three games vs. Minnesota this year, Kobe averaged 24.3 ppg –  his best mark against any opponent outside of Washington. So you can see where Mitchell’s hate comes from.

Kobe was appreciative of it, though. 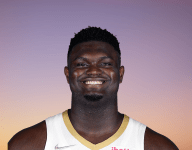