Former NBA player Robert Horry was put on the spot during an interview with Justin Termine on SiriusXM NBA Radio when asked to choose between Stephen Curry and peak Kobe Bryant as the most dangerous offensive player.

Horry, who played six and a half years and won three NBA championships next to Bryant, surprisingly picked Curry.

“Kobe in his prime really wasn’t that great of a three-point shooter,” Horry said. “He was a drive, get-to-the-hole, dunk-on-you type of guy. Steph can drive and float you. He can shoot it from half court. You have to guard him at all times.”

For the record, Horry called Bryant the best he ever played with (along with Hakeem Olajuwon) four years ago. That was super high praise coming from a man who played with Shaquille O’Neal and Tim Duncan too. 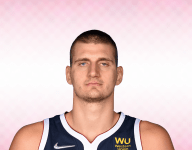