* The struggling Milwaukee Bucks are open for business. Greg Monroe and Michael Carter-Williams already mentioned as players potentially on the move. That was quick.

* Brandon Jennings remains heavily featured on the trade rumor mill. Pistons head coach Stan Van Gundy says we shouldn’t pay attention to that because 98 percent of trade rumors are straight up made up by the media. OK.

* The Warriors visited the White House and the true star of the day was Barack Obama’s speechwriter. Mean jokes!

* Robert Horry says Stephen Curry is a more dangerous offensive player now than Kobe Bryant was in his prime. Kobe fans, a legion on Twitter, are not amused. (Horry is right, though).

* Clippers owner Steve Ballmer says there will be consequences to Blake Griffin’s actions.

* According to Tracy McGrady, he was told by his coach during his rookie season that he would be out of the league in three years. That would be Butch Carter, who has not coached in the NBA since 2000.

* Chuck at his finest: Barkley says Jeff Hornacek will get a chance to coach “a real NBA team” one day. It gets even better after that.

* According to Spencer Haywood, Nike offered him $100,000 or 10 percent of the company. He took the money. D’oh! Another example of how not all money is good money.

* With the three-point contestants announced, a reminder that Michael Jordan did worse than anybody else in the history of the All-Star three-point shootout.

* This is perhaps the best article you will read on the Crying Jordan meme. 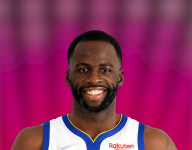