Kobe Bryant has a 6-15 record against LeBron James

Kobe Bryant has a 6-15 record against LeBron James

Since a Lakers-Cavaliers Finals is looking like a long shot right now, Wednesday night was probably the next-to-last time Kobe Bryant and LeBron James play against each other in the NBA. James’ team prevailed, as has typically been the case in LeBron-Kobe matchups. Bryant has a poor record against King James with just six wins in 21 games.

Stats-wise, LeBron also comes out a winner with better numbers in all key categories.

Bryant and James have only met in the regular season since they never played in the same conference and their teams never competed in a championship series. 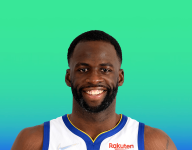