Rockets guard James Harden averages just 1.1 assists to Dwight Howard per game, which is not much considering that should be one of the top inside-outside combos in the NBA. So excuse Howard for not noticing Harden was throwing a lob his way Tueday night against the Utah Jazz. 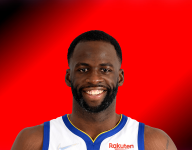