NBA A to Z: Jared Dudley on free agency, today's players and the best food cities in the NBA

NBA A to Z: Jared Dudley on free agency, today's players and the best food cities in the NBA

Jared Dudley of the Washington Wizards joins NBA A to Z guys Sam Amick and Jeff Zillgitt to talk about the evolution of the game and how his position of stretch four has changed. They also discuss free agency and Dudley’s opinion that the mid-level salaries need to be adjusted.

Amick talks to LeBron James about former players criticizing Stephen Curry’s game, as well as some of the other current players and Dudley also weighs in.

Being a foodie, Dudley talks about some of the great food cities in the NBA. 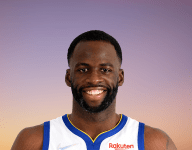