Klay Thompson is the first player in history to make 1,000 three-pointers in his first five years in the NBA

Klay Thompson is the first player in history to make 1,000 three-pointers in his first five years in the NBA

Warriors guard Klay Thompson hit 10 three-pointers Friday night as Golden State demolished the Mavericks in Dallas. It was the third time he made at least 10 threes in a game in the last 14 months. It’s becoming a common occurrence for him, but the feat has only been accomplished multiple times by other two players – Stephen Curry (of course) and JR Smith. With those 10 makes, Thompson reached 1,008 career three-pointers becoming the first player in NBA history to get to four figures in just five seasons as a pro.

Curry needed fewer games to get there, but since he missed 40 contests due to injury during his third year with the Warriors he only reached 1,000 in his sixth season.

As you can see, Lillard has a shot at 1,000 in his fifth NBA season. But for now the record is all Thompson’s. 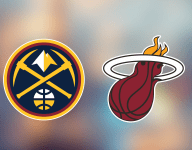 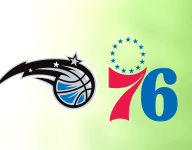