The top Kobe Bryant teammates ever

The top Kobe Bryant teammates ever

Kobe Bryant‘s very successful career is a testament to how hard work delivers, but also about how important it is to be surrounded by the right players. Except for a couple of brief periods in the middle and at the end of his career, Bryant has had pretty good company in L.A. We take a look at his most important teammates there.

Accolades while with Kobe: All-Star in 1998.

Bryant controversially became the youngest player in All-Star Game history in 1998 and was joined there by the trigger-happy Nick Van Exel, who would be traded to Denver at the end of that season. A very talented (and small) point guard, Van Exel shot a lot of threes before it became cool to do so.

Accolades while with Kobe: NBA title in 2010.

Replaced Trevor Ariza as the team’s designated perimeter defensive stopper and did a very good job at it when he was still known as Ron Artest. The Metta World Peace experience in L.A. has not been that good, especially this year.

The Lakers had a good thing going at the shooting guard spot with this kid from Philly and at one point it became obvious there was no room for Eddie Jones in L.A. While he was shipped to Charlotte before the championship years began, Jones had a successful run with the Lakers with strong two-way play that earned him a couple of All-Star appearances.

Signed as a free agent in late August 1997 and spent seven years next to Kobe as a phenomenal role player. Played terrific defense and punished double-teams on Shaq/Kobe with timely jump shots.

As clutch as they come. Typically elevated his play in the postseason – especially when the stakes were high. His three-pointer at the buzzer vs. the Kings in the 2002 Western Conference Finals paved the way for the Lakers’ third title in a row. Played the stretch four role that’s so prevalent in the NBA these days.

Entered the NBA and joined the Lakers at the same time as Bryant. A bulky guard with good defensive skills, more than adequate three-point shooting and great presence in the locker room, Fisher became one of Kobe’s closest pals on the team and the only player to win five championships next to him.

Great size, good mobility, terrific hands, nice touch around the rim… Bynum had all that it takes to be a superstar except the health and the hunger. Became the youngest player to play in an NBA game and went on to have excellent years with the Lakers. A key piece in the 2009 and 2010 titles, Bynum was moved to the Sixers after his best season in the NBA in the trade that brought the Lakers Dwight Howard. (No team won that trade).

Do-it-all forward who made it to Los Angeles in the blockbuster trade that sent Shaquille O’Neal to Miami. While his jumper was nothing to call home about, Odom could score and bring many other things to the table when the shots were not falling. Like many others, Kobe Bryant formed a strong bond with the likeable Odom that lasts to this day.

Made it to L.A. in a much-maligned trade with the consensus around the NBA being that the Lakers had gotten a star for peanuts. Turns out that wasn’t the case because the draft rights to Marc Gasol were included in the deal. Anyway, there’s no question Pau helped the Lakers go from good to great instantly. He hit it off with Bryant right away and was instrumental during the Lakers’ second championship run of the Kobe era. Was at least as important, if not more than Bryant, during the 2010 playoffs that ended with a Game 7 win vs. Boston and Kobe’s final ring.

The most dominant player in the NBA and undisputed leader of the Lakers during their 1999-2002 championship run. (Well, Bryant might dispute that). Didn’t get along that well with Kobe off the court, but on the court they became one of the most devastating tandems the league has seen. 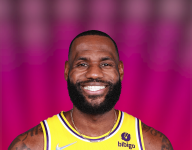 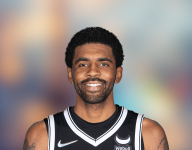