These are the best contracts of the year in the NBA

These are the best contracts of the year in the NBA

Hassan Whiteside was drafted by Sacramento in 2010 and unceremoniously waived two years later having played more games with the team’s D-League affiliate than with the Kings. He went on to join clubs in the NBADL, Lebanon and China before enrolling the Grizzlies in September 2014, but he didn’t stick around long there either and became a free agent in November 2014, when Miami picked him up for the minimum salary.

What a bargain that turned out to be. The Heat got themselves an All-Star caliber player for fringe NBA player money. Based on salary and performance (measured by win shares), Whiteside’s contract was actually the best in the NBA in the 2015-16 regular season.

The 7-foot center is not even in the Top 400 in salary, but he finished No. 11 in win shares, which is an estimate of the numbers of wins contributed by a player. Each win share costed Miami a mere $95,276, half the amount of the second-biggest bargain in the league.

When looking at the 30 highest-paid NBA players, Rockets’ James Harden is the one who gave the most bang for the buck. But it was nothing compared to Stephen Curry, who’s outside of the Top 65 money-wise yet led the league in win shares (aside from scoring, steals and free-throw shooting).

Curry will not hit free agency till of 2017, so he’s going to remain an incredible bargain for the Warriors for now. Not the case with Whiteside, who’s expected to cash in big this summer. 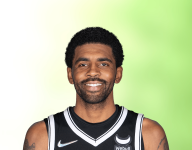